By Stijn Mitzer and Joost Oliemans
Haykırdı ak tolgalı beylerbeyi “İlerle!” – When the white clad bannerlord roared ”Forth cavalcade!” (Akıncılar, by Yahya Kemal Beyatlı)
It has been surprisingly long since the introduction of a new type of unmanned aerial combat vehicle (UCAV) heralded the inception of entirely new capabilities in the field of drone warfare. While some types of UCAVs have introduced an increased payload capacity, an improved sensor suite or an increased endurance over their predecessors, there has been little innovation in armament types cleared for use by UCAVs in recent years. This all changed with the introduction of the Bayraktar Akıncı, which boasts a number of features not seen on any other type of UCAV produced anywhere before.
One of these features is the ability to launch high-precision cruise missiles at targets located 275+km away. This novel capability was made possible through the integration of the SOM series of cruise missiles developed by the Turkish TÜBİTAK Defense Industries Research and Development Institute. Due to size and weight limitations, only one cruise missile can be carried by the Akıncı under its single fuselage-mounted hardpoint. Still, this is a 100% increase over the operational cruise missile-carrying capabilities of any other drone type in the world.
The capability to carry SOM missiles is far from the Akıncı’s only ace up its sleeve. Arguably the most innovative aspect of the Akıncı will be its prospective ability to use air-to-air missiles, consisting of the indigenous Bozdoğan IR-guided AAM, the Gökdoğan BVRAAM and the Sungur short-range AAM (itself a Turkish derivative of the FIM-92 Stinger MANPADS). The Akıncı’s AESA radar enables it to autonomously pick out its targets at great range, and engage enemy slow-flying aircraft, helicopters and other drones at ranges as far as 100km away. 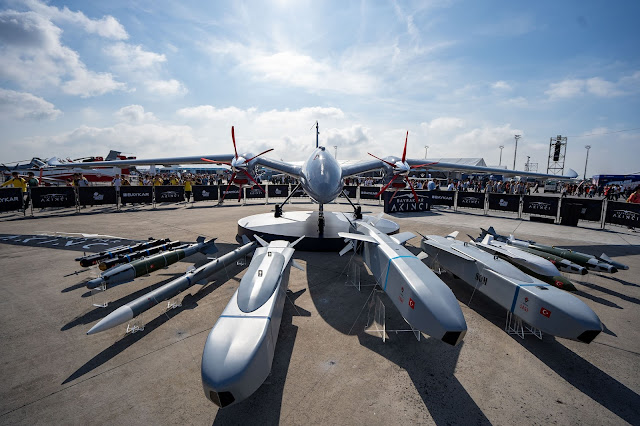 Its impressive air-to-air combat capabilities set aside, the Akıncı’s expansive arsenal of air-to-ground weaponry will likely be its main (armament related) selling point. In this regard, the ability to carry several variants of the SOM family of cruise missiles designed to be used against enemy fortifications, ships or any other target that requires a precision hit with a 230kg heavy explosive warhead could end up being a real game changer. Their carriage doesn’t only do much to expand on the capabilities of the UCAV fleet of its operator, but also frees up jet fighters for air combat tasks. This feat will be especially valuable for Turkey after its exclusion from the Join Strike Fighter programme. 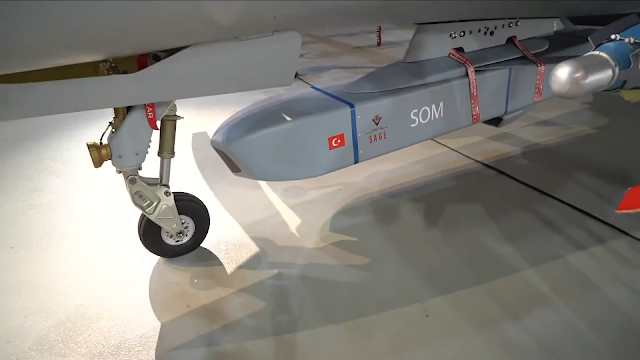 In addition to offering these capabilities to the Turkish Armed Forces, Turkey and Baykar in specific is also in the somewhat unique position of being able to sell the Akıncı along with weaponry like the SOM missile to friendly nations. In this respect, it faces little competition in terms of countries that could currently deliver the same capabilities. With neither Europe, Russia, China or the U.S. capable of delivering anything in the same category, these capabilities might also see countries that are currently not a customer of Turkish weaponry looking to acquire the Akıncı.
Considering the Akıncı’s compatibility with different types of weaponry from the onset, nations that currently operate or are designing their own cruise missiles like Pakistan and Brazil could potentially integrate these weapons on the Akıncı as well. The fact that foreign systems can be integrated on the Akıncı will likely be highly appreciated, providing a degree of flexibility that is completely unprecedented, especially amongst traditional providers like the U.S. and China. 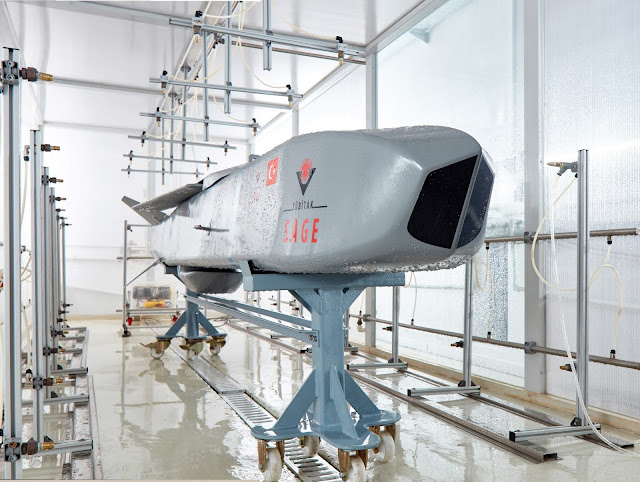 As many countries struggle to acquire advanced weaponry for their newly-purchased Western aircraft, with the U.S. and European nations often proving unwilling to deliver PGMs at politically and/or financially reasonable costs, the fact that a reliable alternative is now available is sure to significantly shake up the market. The widespread proliferation of advanced guided weaponry used in collaboration with Turkish drone platforms has only just begun, for the time being subsisting mainly of various types of PGMs, but now expanding to cruise missiles and perhaps soon even a range of air-to-air weaponry. Continuously pushing the envelope in terms of what tasks can be outsourced to affordable and ultimately expendable platforms, international customers of the Bayraktar Akıncı are certain to line up rapidly. 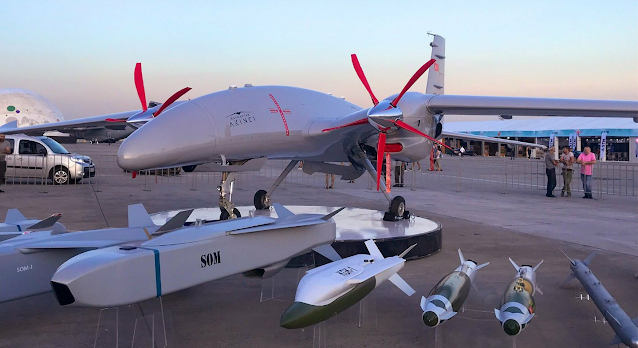