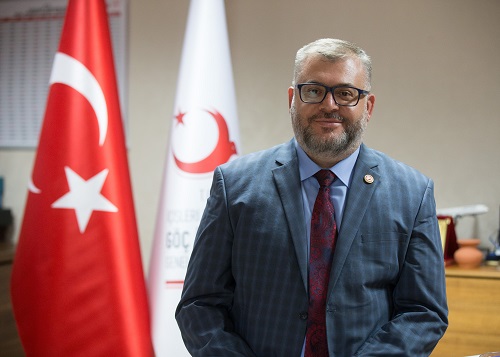 Turkish government is under pressure because of rising number of migrants, particularly the long-stay of Syrian migrants. To lower anti-migrant/Syrian sentiments, the government take some precautions.

Gökçe Ok, General Manager of Integration and Communications of Migration Directorate, was interviewed by Hürriyet and answered questions such as “Will the Syrians return?”, “How many will vote in the elections?”, “Do they receive aid from the state?”, “Will they change Turkey’s demographic structure?”, etc.

Ok said “There are 5 million 506 thousand 304 foreigners in Turkey, which corresponds to 6.64 percent of Turkey’s population. 1 million 422 thousand 635 of them are those who stay here with a residence permit. In other words, they are people who came to Turkey legally and obtained work and residence permits. They are employees subject to permission”.

The number of Syrians who are Turkish citizens is 200 thousand 950. Of these, 113,654 are adults, that is, over the age of 18. These 113.000 Syrians will be able to vote, and they are scattered in 81 provinces of Turkey. It has no effect on elections. They do not live in a specific neighborhood, a city or a district.

NO REGISTRATION IN 15 PROVINCES

Syrians are not given a penny from the state’s coffers or the people’s pockets. With the fund provided by the UN High Commissioner for Refugees, 1 million 800 thousand Syrians are paid monthly 155 liras through the Red Crescent card under the name of social cohesion aid.

How will be the return of the Syrians?

Gökçe Ok’s response is as follows: “If you do not throw them into the arms of Assad, the PKK and DAESH, if they are made to return with dignity, they will leave. After houses are built in the safe zone, which Turkey has cleared of terrorism, over 1 million Syrians will return to these places. We are planning this. Except for those born in Turkey and those who came here before puberty, almost all Syrians may return. “

Ok adds “We make up for the shortage of labor in sectors such as livestock, agriculture, construction and textile with registered Syrians”: “Almost all of the working-age people are working. Thanks to them, daily life in our organized industrial zone revolves. There seems to be almost no unemployed Syrians, but they should not be seen as a source of cheap labor. Those in educational age should be included in education. However, they do not want to send their children to school because of the fear and uneasiness arising from the anti-Syrian sentiment.”

“There are claims that the number of Syrians will reach 35 million in 2053. There is no such math in population science. Syrians will not reach a number that can change Turkey’s demographics”.