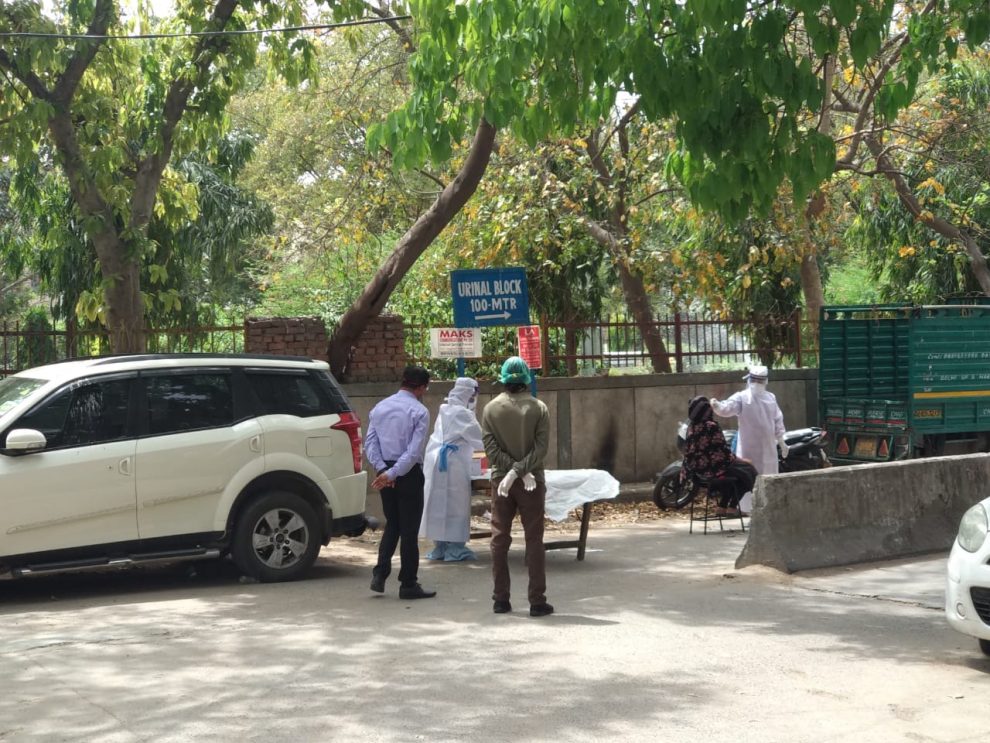 By Shakir Husain
(Bernama’s correspondent in New Delhi, Shakir Husain, who was down with Covid-19 during the peak of the Indian Covid-19 crisis in April-May writes how he
survived the ordeal)
NEW DELHI, June 14 — As I lay on the bed observing the neatly-stacked medical paraphernalia in the small emergency ward of a private hospital in south Delhi, a doctor walked in, looked at me, and with hurried steps reached for the flow meter through which I was getting pure oxygen.
It was in late April, and I was Covid-stricken and my condition had deteriorated over the past couple of days. I needed external oxygen support and this small hospital had agreed to let me stay temporarily while my family searched for a bed with oxygen facility elsewhere.
Uttering a mild rebuke to the nursing staff, who had set the oxygen level at full flow, the doctor reduced my supply. I didn’t mind his fiddling with the flow meter to save a bit of oxygen. After all, there was an oxygen crisis across India and people were dying without medical care.
I considered myself lucky that at least I was able to get some emergency aid. It was possible due to frantic networking efforts. As soon as I arrived at the hospital in the morning, it became clear that they did not have sufficient beds or oxygen. A few hours of oxygen support in a tiny casualty room was all I could expect.
My sister tried to impress upon the doctor, who was preparing my discharge papers, to prolong my stay. “We would not be able to keep him here,” the doctor informed her gently.
During the few hours I spent at the hospital, I was given some injections and I felt generally stable, but breathing difficulty continued.
My appetite remained strong throughout the weeks-long Covid ordeal. However, the sense of smell was almost gone within days of the early symptoms of Covid-19 in mid-April. My hearing was also unaffected. While lying on the bed, I tried to listen to the chirping of the birds outside, ignoring the desolate atmosphere inside.
After some time, my oxygen was switched off and it was indeed time to leave the hospital.
Minutes earlier, I was told that the Malaysian High Commission was sending an oxygen concentrator after High Commissioner Datuk Hidayat Abdul Hamid learned about my condition. This lifted my spirits, to the extent that I quickly got off the hospital bed and made my way to the family car waiting outside.
Since the coronavirus pandemic began, many of my stories for Bernama had been about India’s healthcare inadequacies, and now I was battling a life-threatening situation myself in the midst of Delhi’s Covid-19 chaos.
When you are hit by Covid-19, getting around can be hellish in large Indian cities. How would you manage a disorderly public transport system? Public taxis and autorickshaws are unreliable and risky if you are physically weak. The moment your Covid condition becomes known to people, you may be mercilessly shunned or even exploited. Forget about decent ambulance services.
In the healthcare collapse India witnessed during the “second Covid-19 wave”, people have died simply waiting for transport. I stepped into the car and made myself comfortable in the back seat. Two family members in the front seats wore N-95 masks, and kept the windows down for better ventilation.
Before we drove off, the clanking of empty oxygen cylinders attracted my attention. Some doctors were looking blankly into the distance as workers arranged the empty containers outside the hospital gate. The surge in Covid cases created an apocalyptic situation that went beyond the unprecedented oxygen crisis.
When I reached the area where I lived, I saw a Malaysian High Commission car leaving. The oxygen concentrator was delivered and my wife had figured out how to use it. I was exhausted after climbing the stairs to my fourth-floor flat.
Someone at the High Commission also gave the phone number of a chest specialist for consultation. We promptly booked an appointment and the following day the doctor prescribed a strong dose of antiviral medication. He told me I had pneumonia but my CT Scan done two days earlier was not so bad. I got a better understanding of my condition only after recovering from the critical phase of the most serious medical intervention of my life.
While the anti-viral drugs and oxygen concentrator improved my condition, I needed to be admitted to another hospital without delay. It was more than 30 hours since I left the small hospital where I first received emergency oxygen support.
I finally reached Alshifa Hospital in Okhla, located not far from where I live. It was a big deal and required some extraordinary efforts to find out whether an oxygen bed was available.
It was late at night. A nurse at the gate said I would need an ICU bed and there wasn’t one available.
As soon as I received oxygen in the emergency room, I felt more stable. The full treatment began in the morning and by that time the panic had dissipated. My sense of smell was back, even though the lung infection was worrisome.
Doctors there expertly diagnosed my illness and proceeded to treat me with utmost care. Doctor Faraz Ul Islam told me in the rst week that I had beaten the pneumonia. His bedside etiquette contributed to my evolving positive disposition. During his daily visits, Dr Faraz answered my queries in a way that made me aware of my real condition without causing anxiety.
There were ups and downs, but the path to healing was clear. After 24 days, I was discharged to continue medication at home. I am still on the road to recovery and this is the first piece I am writing after the ordeal that I have been through due to Covid-19.
Source: bernama.com