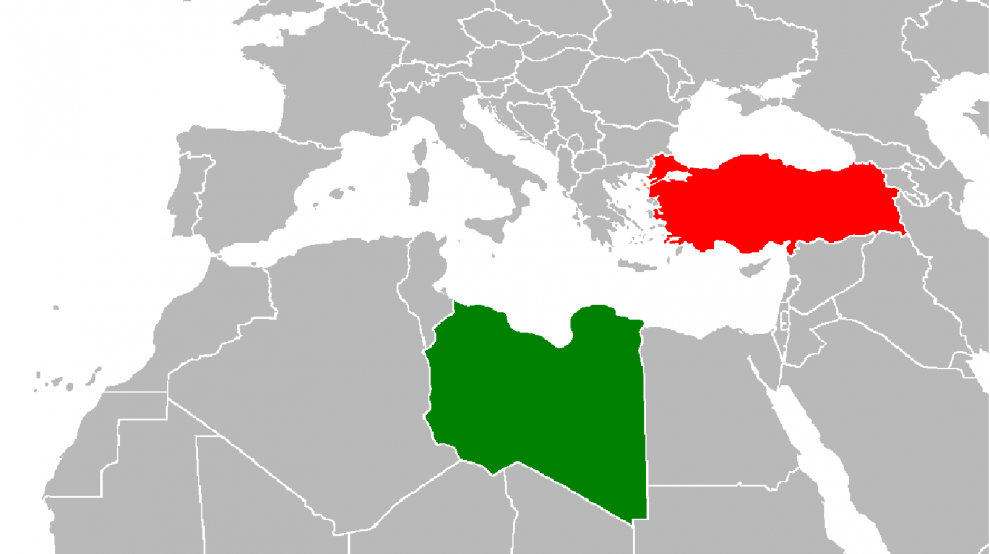 Reactions to the recent Memorandum of Understanding (MoU) signed between the Government of National Unity (GNU) and the Turkish government on investment in oil and gas varied, based on the preconceived political positions. While, the new MoU was supported by those pro-government, HoR Speaker, Agila Saleh rushed to snub it and not to recognize it, as expected considering the escalatory stances and measures taken by Saleh against the Dbeibah government. Almost the same position was announced by the Prime Minister of the parallel government, Fathi Bashagha. In between the two antagonistic positions, confusion cast a shadow over the majority of observers and activists.

Without going into the controversy within the circles of political polarization, this agreement is an MoU that does not rise up to the level of an official agreement legally ratified by parliaments, as its provisions provide both parties with room for its cancellation, provided that the other party is informed as such before a specific period of time, prior to the cancellation, and since the new MoU is an extension of the maritime border memorandum of the former economic zone, concluded by the Sarraj and Turkish governments. The same previous controversy will resurface again, and will consolidate the same previous positions.

At the political level, the agreement strengthens the Turkish position in the Mediterranean vis-à-vis Greece, Cyprus, France and Egypt, and confirms that Turkey has decisively made up its mind on its position on the Libyan conflict in favour of the Dbeibah government, providing the latter with more power in the face of the Pashagha government.
As for the biggest loser in this rapprochement between the GNU and Turkey, it is Haftar’s camp, because Turkey’s strengthening of its presence in the Libyan crisis, through this agreement and indeed, previous agreements, and the push for more military cooperation with the Libya’s west, will end all hopes and prospects for Haftar to extend his authority and influence over the capital. Moreover, global energy crisis will also prevent him from resorting again to shutting oil fields and preventing its export.

The political repercussions of the agreement will deepen the state of division, and will restore the intensity of the polarization that has recently receded.
As the positions of the local parties to the conflict are known in advance, so are the regional and international positions. The Egyptian Foreign Ministry announced its commitment to its previous position that “The GNU has expired and does not have the powers to conclude MoUs and International agreements.”

The Greek Foreign Ministry adopted the same position, and a statement issued by the European Union considered the new MoU “It came on the basis of the MoU signed in 2019, and our position on it has not changed as it violates the sovereignty of a third country.” The statement, however, retracted saying “there is a need for more clarifications about its content.”

Recent developments of the crisis, with a group of Cyrenaica members of HoR offering the option of returning to the federal system and the Kingdom’s constitution before it is amended, the Speaker’s insistence on his commitment to the parallel government, and finally the new MoU between the GNU and the Turkish government, which precedes the arrival of the new UN envoy Abdullaye Batiliy, will serve as new hurdles in the path of his core mission, that is to restore the international initiative by facilitating rapprochement between the rivals of the crisis, in order to address the political impasse, and lay the foundations for consensus on the elections in preparations for conducting them.

At the economic level, the agreement doubles the joint investment opportunities between Libya and Turkey, enhances the economic partnership, and opportunities to increase oil and gas production. However, the immediate results will be limited. Unless the state of conflict over the shares of all countries bordering the Eastern Mediterranean Economic Zone is addressed. There will be no real progress in exploration and production operations achieving rates proportional to what has been hoped.

It also reveals the enormity of the energy crisis in Europe due to the war in Ukraine. The recent visit of the British Royal battleship to Tripoli indicates British interest in Libya as a country with oil and gas reserves, and it could be one of the alternative options for Russian oil and gas, prompting Turkey to rush to back the previous memorandum of understanding with the new one, to reaffirm its presence and influence in the face of Britain and other European countries.