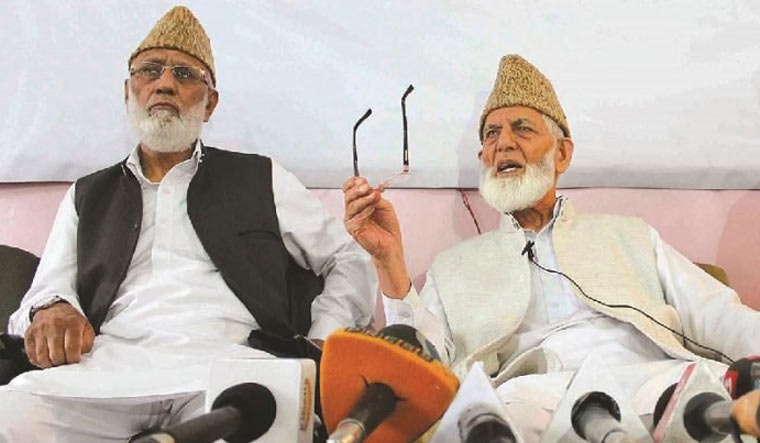 As COVID-19 ravages India, people of Indian-administered Kashmir have expressed concern over continuous detention of their political prisoners in Indian jails.

“The Republic of India is facing a tsunami of COVID-19 with tens of thousands of cases every day including thousands of deaths which has put lives of Kashmiri political prisoners at highest risk,” the LFOVK said in its letter to the WHO Director General Dr Tedros Adhanom Ghebreyesus.

It said India has jailed several Kashmiri political prisoners in prisons in Indian-occupied Jammu and Kashmir and in Indian jails including infamous Tihar jail.

“Syed Ali Geelani, who is leading the Kashmiri Liberation Movement, has been detained at his home since 2010 which has affected his wealth in a bad shape,” the group said.

The letter said: “LFOVK demands the WHO, ICRC and other humanitarian organizations to take necessary steps to pressure India to release the Kashmiri political prisoners from jails. Any danger to their lives will be solely on the shoulders of Republic of India.”

“Several of the Kashmiri political prisoners are undergoing several ailments including diabetes, eyesight and hearing loss, few to mention.

“It is in best interest of India to save their money spent on its overcrowded jails and spend that money on its healthcare to sustain COVID-19 battling patients,” the advocacy group added.

“Ending military occupation of Kashmir will save Indian exchequer billions of dollars which could better be utilized to construct modern medical infrastructure for welfare of common Indians,” it said.

“Saving Kashmiri political prisoners from COVID-19 is a priority and humanitarian organizations should take lead in this regard as India has jailed these Kashmiris for seeking fulfilment of UN-granted right to self-determination. There are no criminal cases against them. It is right time to hold India accountable on its crimes committed in UN-designated disputed territory of Jammu and Kashmir so that common Indians live a life where facilities of health are available to all,” said the LFOVK.

F-35s on the ground as a precaution
UKRAINE 2021: A Strategic Assessment