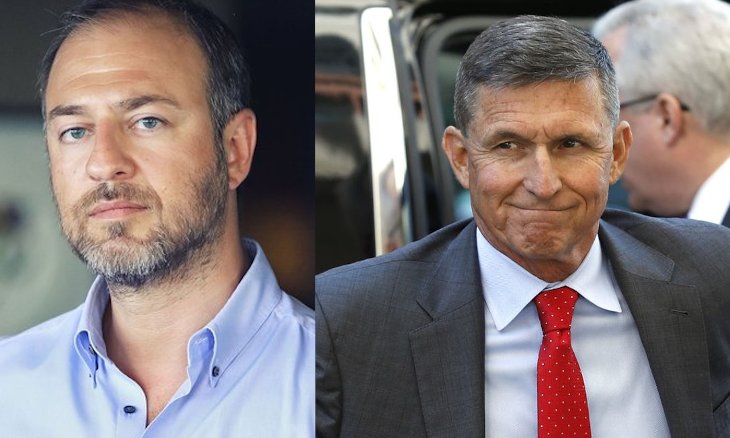 For much of the post-war era, the free world looked upon the United States as the leading example of a successful democracy. The U.S. system of governance, and its devotion to principles of justice are powerful symbols used to promote American influence in the World. That image is now shattered globally after new evidence came to light of monumental wrongdoing in the prosecution of Trump ally, Lieutenant General Michael Flynn.

During the 2016 Presidential campaign, Donald Trump set out to “Make America Great Again”, with General Flynn as his right hand man. The General was known as a legend in military and intelligence circles and had only recently resigned from his position as Director of the Defence Intelligence Agency after falling out with the Obama establishment.

President Trump often accuses the so-called “Deep State” – a loose association of establishment leaders in the media, Wall Street and in the security bureaucracy – of trying to prevent his presidency. Failing to accept a Trump presidency, his opponents quickly embraced a narrative where Trump and his close circle would be positioned through mainstream media as assets of foreign powers; Russia and Turkey were both implicated. Leveraging false reports in the media, politicized prosecutors and law enforcement officers opened cases that seemed to confirm these narratives. General Flynn and his Turkish associate, former Chairman of the Turkey – United States Business Council (TAIK) were among the first to be targeted.

In the first few days of Trump taking office in January 2016, two FBI agents were “sent” to the White House by former FBI director James Comey. In his own words Comey circumvented standard White House procedures for interviewing a high level official of the administration and he publicly admitted that he “would not get away with it in a more organized administration”.

One of these agents was Peter Strzok who has since then been fired because publicized text messages between him and several colleagues revealed his unconstitutional efforts to prevent President Trump from first assuming office and later from executing his elected role as President of the United States.

Despite the fact that no reasonable suspicion existed that General Flynn or Mr. Ekim Alptekin had committed a crime, a grand jury was formed to “investigate” whether a basis for prosecution existed. A grand jury rarely leads to the conclusion that no such investigation is necessary and the FBI, under Jim Comey, was authorized to use every means at their disposable to try and find evidence of wrongdoing. After years of ruining innocent lives and false accusations directed against Turkey, hand-written notes by FBI officials made public by the court last week, revealed a politicized prosecution that violated the basic rights of the accused. The FBI insisted that General Flynn had lied about a conversation with the Russian Ambassador. We now know that they didn’t really believe he lied but they proceed to illegally changed the interview statement summary, a so-called 302 transcript, to suggest that he lied. The problem is that General had no reason to lie. He never committed a crime and as a former Director of the DIA, he knew the Government had a transcript of his phone call with the Russian Ambassador.

While the false Russiagate narrative was being build, General Flynn was also accused of working illegally for the Government of Turkey. On election day, General Flynn published an article that exposed the truth about the so-called “Hizmet Schools” in the United States and equated their founder Fethullah Gulen to Usame Bin Laden whose schools on the Pakistani Afghan border were also called Hizmet schools. Immediately after his article was published, Gulenist PR budgets were re-directed to target General Flynn’s credibility. The American public was tricked into believing ridiculous stories about his dealings with Turkish businessman Mr. Alptekin who was falsely presented as a secretive extensive of the Government of Turkey.

Around the same time, media pressure to investigate the claims that the Trump campaign had illegally colluded with Russia continued and the Justice Department appointed another former FBI director, Robert Mueller, to investigate these claims. Mueller’s people started raiding homes of Trump allies and illegally leaked bits and pieces of classified information to make President Trump look guilty. General Flynn at first resisted but his financial resources were depleted on legal expenses and he was presented with the choice of seeing his son going to prison because of the work his company did for Turkey or agreeing to plead guilty himself. He chose to save his son.

The Mueller investigation, which was supposed to be about Russia, used this false guilty plea to indict General Flynn’s business partner Bijan Kian and their client, Mr. Alptekin. One of Mueller’s top prosecutors Brandon van Grack, charged both men with conspiracy and for acting as foreign agents implying they were spies working for the Government of Turkey. Although nothing in the evidence about the commercial relationship between the Dutch company of Mr. Alptekin and General Flynn’s company, the Flynn Intel Group, suggested anything derogatory, U.S. mainstream media relentlessly kept pushing one absurd story after another.

This process is familiar to a Turkish audience because it is exactly the way FETÖ, i.e. Gulenists, operated in Turkey to try and unseat President Erdogan. It is also how the February 28 “post-modern” coup d’etat took place in 1997. This explains why President Erdogan referred to the efforts to impeach President Trump as 28 February-like events during a largely unnoticed speech on December 5, 2017. In that speech President Erdogan said a powerful group within US is trying to undermine the elected President of the United States, and he added that President Trump is his only legitimate counterparty.

President Erdogan’s foresight turns out to be right on target. While the Russia angle of the Mueller investigation was exposed as based on a false report that the Clinton campaign paid for, the so-called Steele dossier, the Turkish angle was debunked last week forcing the Justice Department to dismiss the case against General Flynn. Earlier last summer the judge had overturned the guilty verdict against his business partner Bijan Kian citing “no rational jury could reach that conclusion”.

Both Mr. Flynn, mr. Kian and Mr. Alptekin were pressured to plead guilty and testify against each other, and against their respective countries. Their refusal to do so resulted in the prosecutor demanding heavy prison sentences. Mr. Alptekin, a reputable Turkish citizen, still faces a 35 year prison sentence and remains under indictment despite the absence of any evidence to support the various claims and an abundance of evidence that the judicial system was manipulated. Mr. Alptekin is still unable to travel outside of Turkey and the unconstitutional targeting of President Trump has ruined his reputation along with his career while burdening him with expensive legal bills.

Fethullah Gulen, who many analysts believe is a long-time CIA asset, continues to live in Pennsylvania as a permanent resident; a status granted to him during the Clinton presidency. His presence in the United States remains a major point of contention between the U.S. and Turkey that accuses Fethullah Gulen and his followers of orchestrating the attempted coup against Turkey’s president, Recep Tayyip Erdogan, in 2016, only 4 months before President Trump was elected.

The role that Gulenists played during the Mueller investigation remains largely unreported in the United States and several former high-level officials in the Obama administration insist all FBI actions in the Flynn investigation were “routine”.

If such blatant violations of judicial principles and politically manipulated prosecutorial and law enforcement behavior are “routine” in the United States, the world needs to start looking at other examples for inspiration.