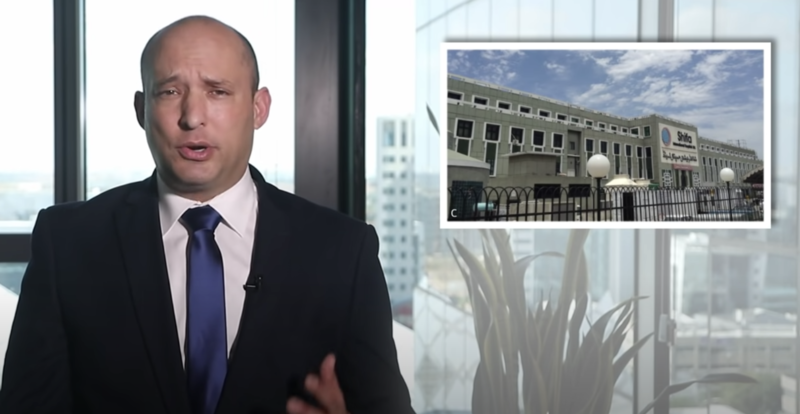 Any time Israel is massacring people in Gaza it claims that Palestinians deliberately use civilians as “human shields” so they will be killed and make Israel look bad.

Because this is an obvious and disgustingly racist lie, Israel has to routinely fabricate evidence in an effort to convince the gullible.

The most recent massacre earlier this month was no exception.

For example, Ofir Gendelman, a spokesperson for the Israeli prime minister, posted a years-old video from Syria, falsely claiming it showed resistance fighters in Gaza firing rockets from next to apartment buildings.

Gendelman deleted it after Twitter labeled it “manipulated media.”

Then, the Israeli military posted a video containing an image it presented as showing Hamas missiles next to civilian homes.

It turned out they were actually decoy missiles nowhere near Gaza, used by Israel itself as part of an exercise.

The military took down that video when the lie was busted.

But here’s another fabrication that escaped my notice during the recent Israeli attack.

On 20 May, far-right Israeli politician Naftali Bennett posted a video in response to statements critical of Israel from celebrities Bella Hadid, Trevor Noah and John Oliver.

Speaking with his supposed authority “as Israel’s former defense minister,” Bennett purports to “explain why innocent people are sometimes caught in the crossfire in our just war against terrorism.”

“Ever hear of the Shifa hospital?” Bennett asks. “It’s the largest medical complex in Gaza. It’s also where Hamas’ headquarter is located, while they are conducting terror actions against Israel.”

As Bennett speaks with ominous music playing, a picture appears behind him of a building with a sign on it that says “Shifa.”

His allegation about the hospital has come from no credible source and is not backed by evidence.

Not even Israel’s military, which bombed the main road leading to Gaza’s al-Shifa hospital, has claimed Hamas uses it as its headquarters.

Is it possible, however, that a former senior official like Bennett could have had access to super secret intelligence that the rest of the world can’t see?

The photo of the hospital that appears in Bennett’s video is not al-Shifa hospital in Gaza City.

Rather, as several social media users pointed out, it is the Shifa International Hospital in Islamabad, the capital of Pakistan, more than 3,500 kilometers away.

That pours cold water on Bennett’s reliability as a source on even the time of day.

It reminded me of another embarrassing Israeli propaganda malfunction.

In 2013, the Israeli army wanted to prove that despite its cruel blockade of Gaza, the people caged inside were living a life of luxury.

It published an article claiming that Palestinians in Gaza were “out in force, enjoying themselves in sparkling new malls, beautiful beaches and hotels, and doing their shopping in pristine grocery stores and markets heaving with fresh produce.”

To illustrate this claim, the army published a photo of a quite impressive looking mall – except that it was in Malaysia’s capital, Kuala Lumpur.

As for Bennett, it is not entirely clear why he is suddenly so squeamish about the slaughter Israel just committed in Gaza.

As a young officer in the Israeli army, Bennett played a role in Israel’s April 1996 massacre of more than 100 civilians sheltering at a UN peacekeepers’ base in Qana, Lebanon.

A few years later, Bennett bragged, “I have killed lots of Arabs in my life – and there is no problem with that.”

In 2018, Bennett demanded that Israel shoot to kill any Palestinian escaping from Gaza – as many try to do driven by the desperate economic conditions and sky high unemployment caused by Israel’s siege.

This February, Bennett announced that “If the International Criminal Court is making a list of so-called Israeli [war crimes] suspects, I ask that my name be put at the top of that list.”

That may be one of the few credible things he has ever said.

If Bennett succeeds, Israel’s current leader Benjamin Netanyahu will be replaced by a man who is just as willing to kill civilians and lie about it.