By Stijn Mitzer and Joost Oliemans
Having proved itself in combat thrice over, the Bayraktar TB2 is quickly becoming an international export success. In addition to entering service with a number of countries worldwide, the Bayraktar TB2 has also been acquired by several different military branches of these nations. In Turkey, the TB2 has entered service with the Land Forces, Naval Forces, Gendarmerie General Command, General Directorate of Security (Police) and the National Intelligence Organization. This distribition ensures that each branch of the military and other state institutions can use its TB2s for the respective tasks required by them, for example to conduct surveillance in the Aegean Sea or to monitor wildfires in southern Turkey.
This careful balancing of assets does not apply to Turkey alone. One other TB2 operator that has acquired the system for more than one of its military branches is Ukraine, which after first purchasing six Bayraktar TB2s for its air force in 2019 (out of 54 to be ordered in total) acquired six TB2s for its naval aviation in 2021. The arrival of the first navy TB2 in July 2021 marked the first introduction of a novel capability since the service’s founding in 1992. In fact, its sole ‘new’ asset in some 30 years was a second-hand Ka-226 utility helicopter that entered service 2018. [1] The significance of the acquisition of TB2s for the navy is thus hard to overstate, and constitutes one of the highlights of the rearmament programme launched by Ukraine after the breakout of the Russo-Ukrainian War in 2014.
As unmanned combat aerial vehicles (UCAVs) like the Bayraktar TB2 cost only a fraction of the price of manned combat aircraft, it is unsurprising that cash-stricken Ukraine relies heavily on the TB2 to press on its modernisation efforts. Although some have suggested that Ukraine is wise to invest in F-15 fighter aircraft, E-2 Hawkeye airborne early warning (AEW) aircraft and KC-135 tankers along with associated munitions and targeting equipment to deter Russia, continued investments in platforms such as the TB2, loitering munitions and the Bayraktar Akıncı are almost certain to provide Ukraine with a more economical and realistic deterrent along with actual wartime capabilities. [2]

A concrete example through which the TB2 in naval service can serve as a force multiplier is by locating enemy ships in the Black Sea and relaying their location to ground-based assets such as coastal defence missile systems (CDS). CDS are a relatively new capability for Ukraine’s Armed Forces, and the country has focused on building up such a capability through the introduction of the RK-360MT Neptune anti-ship cruise missiles with a range of 280km. Instead of constructing small missile boats, production of large numbers of such land-based anti-ship missile systems could serve to enhance survivability of Ukraine’s CDS assets, maintaining its newly wrought deterrent for longer should war erupt. Achieving this goal appears well underway, and Ukraine hopes to have three divisions equipped with the Neptune CDS operational by 2025. [3] 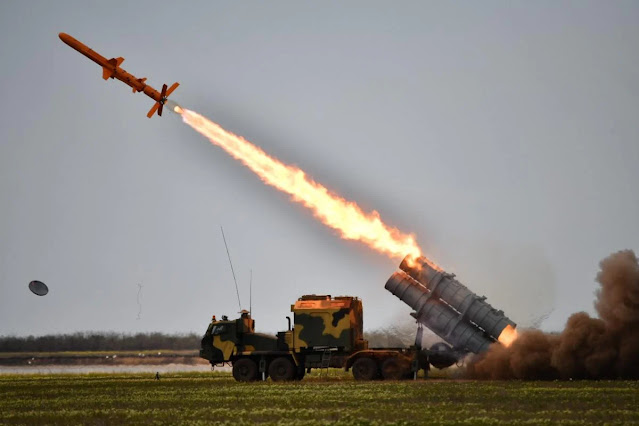 The Bayraktar TB2 can also use its own weapon load of four MAM-L munitions against enemy ships or any other target that requires a precision strike. The 7km range of the MAM-L already exceeds that of the air defence systems on all but four of the Russian Navy’s Black Sea fleet naval ships. The introduction of INS/GPS to the MAM-L has increased the range of the munition even further to upwards of 14km, although this is not enough outrange those remaining four ships. 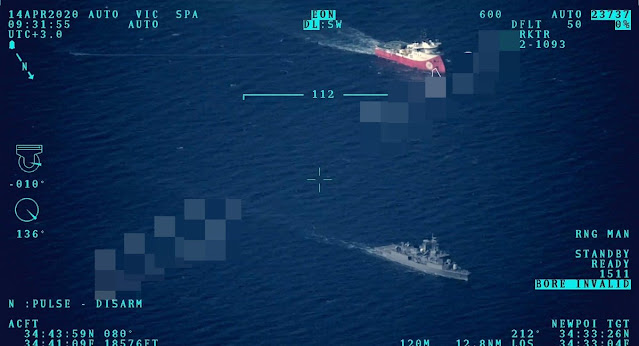 Besides being equipped with a number of proven systems such as the WESCAM MX-15D FLIR turret and MAM-series of munitions, the navy’s TB2s feature a number of improvements over the examples acquired by the Ukrainian Air Force in 2019. Most notably, they have an increased communications range of up to 300km compared to 150km on the previous version. The associated ground control stations also appear to have undergone small modifications, and the new container-based systems enable greater mobility. The navy’s TB2s will be used by the 10th Naval Aviation Brigade stationed at Mykolaiv-Kulbakino airbase that is jointly operated with the air force. [4] Mykolaiv-Kulbakino became the sole operational airbase of the Ukrainian Naval Aviation after it had to evacuate the Crimean peninsula after Russia’s takeover in early 2014. 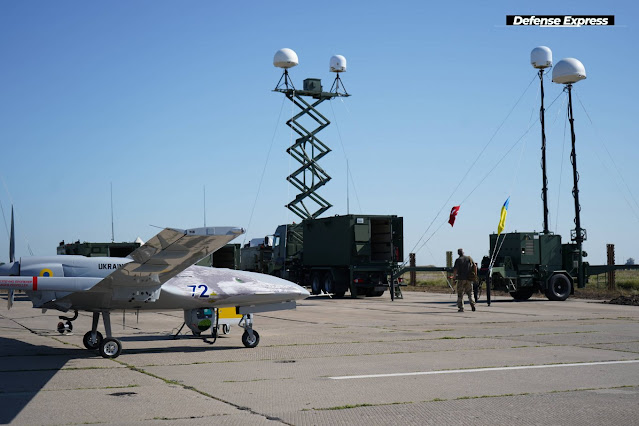 Although Ukraine inherited a vast navy that even included an aircraft carrier, a guided-missile cruiser, five frigates, several Zubr-class hovercraft and a single submarine, the country was hit hard by the financial turmoil of the 1990s and 2000s. While Ukraine’s Navy could not realistically be expected to operate capital ships such as an aircraft carrier or a cruiser (nor did it have a requirement for such massive ships in the first place) even the operation of frigates, corvettes and missile boats soon became financially impossible. Within a matter of years, the Ukrainian Navy retired nearly all of its larger ships, leaving a small flotilla of ageing ships that continues to form the nucleus of the Ukrainian Navy to this day.
The Ukrainian Naval Aviation faced similar hardship. It too inherited an impressive arsenal including Su-17s, Su-27s and MiG-29s, with heavy bombers like the Tu-22s and Tu-22Ms of the Soviet Naval Aviation passed on to Ukrainian Long Range Aviation. Like the navy, it was to lose these assets within a matter of years. Instead, the former inventory of the Ukrainian Navy became crucial in the establishment of China’s carrier force. Apart from selling the Kuznetsov-class aircraft carrier, which was eventually refurbished and put into service as the Liaoning in 2012, Ukraine also sold two Su-33 and one Su-25UTG carrier-born aircraft to China, the extensive studying of which would eventually culminate in the creation of the J-15. Were it not for the lack of Chinese interest, other naval aircraft Ukraine inherited such as Tu-142 MPAs and Yak-38M VTOL fighters would have undoubtedly found their way to China as well.

The TB2’s success in the inventory of two naval aviation services is notable for a platform that wasn’t designed as a maritime platform. Other operators of the Bayraktar TB2 might look to acquire a similar capability, with Poland potentially having use for a platform to conduct maritime patrols in the Baltic Sea. Qatar on the other hand could in wartime face swarms of fast attack craft employed by Iran, for which the highly maneuverable MAM munition would be a very suitable counter.

For the Ukrainian Naval Aviation, the fact that it now operates its own dedicated TB2s presents it with its first offensive capabilities since its founding. Although these offensive operations will have to take place in a hostile environment in a region riddled with SAM systems and the prospect of heavy electronic warfare, past experience with the platform gained over Libya, Nagorno-Karabakh and Syria have shown that the TB2 performs exceptionally well in such environments. Ukrainian capabilities in the Black Sea in the meantime are set to continue growing rapidly; with more TB2s on the way and also two Turkish Ada class corvettes on order, the Ukrainian Navy’s best years are yet to come. 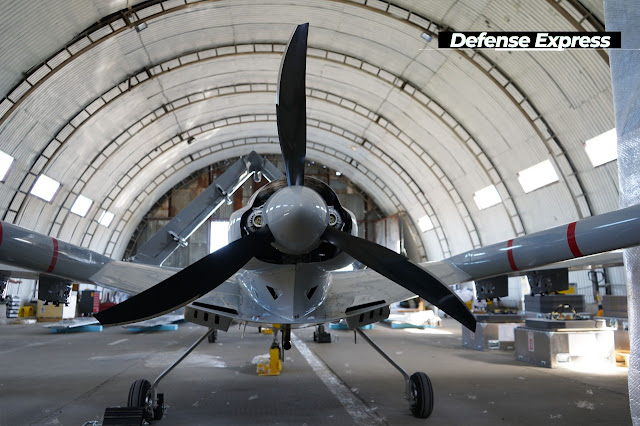