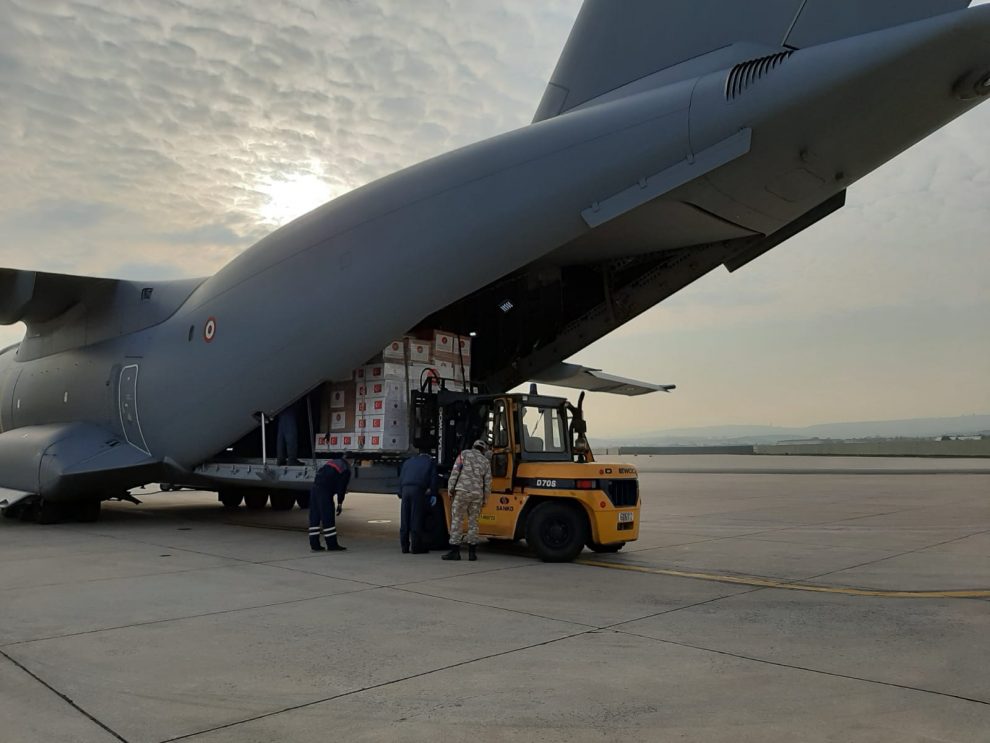 Turkey answered Italy’s call for help to battle the pandemic, and that has opened a door.

Italy and Turkey are both dealing with the Covid-19 pandemic like the rest of the world, but the outbreak has profoundly damaged Italy, resulted in tragic consequences with a terrifying death toll, the highest in the world.

In retrospect, the Italian leadership should have acted firmly and rapidly before case numbers reached a critical level. At present, the number of victims is still far from stabilising completely. Therefore, Italy requested help from many countries, including EU partners. However, the response was meek, and only a handful of nations, including Turkey, answered the call early.

Turkey’s healthcare system has significantly evolved over the past two decades. To the credit of the government, substantial investments were made in that sector, and the country has sufficient facilities and human resources to deal with the pandemic.

Unlike other EU nations’ shameful lack of solidarity with the Italians, Turkey extended its medical assistance to Italy.

There is a rationale behind it. The Turkish leadership believes that Covid-19 will be defeated like other pandemics in the past, but this crisis is a test of international friendship and cooperation.

For this reason, Ankara shows determination and stands firm with its NATO allies and other nations around the world, by sending planeloads of medical aid.

Such a display of support in the current circumstances might play a role in getting the two nations together and assuage some of the baseless anti-Turkey bias in the region. This could also lead to a closer diplomatic engagement and potentially boost future cooperation and a partnership between Ankara and Rome.

The pandemic has created a fertile environment for strengthening international and regional solidarity by presenting a united front against the pandemic.

NATO Secretary-General Jens Stoltenberg stated: “Solidarity in action: Turkey sending a cargo plane with medical supplies to Italy & Spain today to support our joint fight against… Proud to see NATO Allies supporting each other through our disaster relief centre.”

In a similar vein, the Italian delegation in NATO declared: “Deeply grateful to our Turkish friends for their solidarity!”

A fertile environment now exists for strengthening solidarity between these two countries, and hopefully, it can help to expand the partnership at least regionally.

Greece and the Greek-Cypriot Administration of Southern Cyprus have insisted on embarking on one-sided fait accompli(s), such as the so-called EastMed pipeline, which has been described by many experts as nothing but time-consuming, expensive and an unfeasible endeavour.

In response to the unilateralism, Ankara accelerated its energy aspirations in the Eastern Mediterranean Sea by recently purchasing its third drilling vessel from the UK to safeguard not only its interests but also the rights of the Turkish Republic of Northern Cyprus (TRNC) in the region.

This strengthened Turkey’s standing in accessing its share of the region’s wealth and enabled Ankara to remain part of the energy equation in the Eastern Mediterranean.

Fortunately, Italian diplomats begin to discern the policy of brinkmanship of the Greek side, which will not help in bringing regional prosperity.

This can be a sign that common sense could be developing in the region, at least in Rome at this stage.

Regional cooperation in the Covid-19 era between Italy and Turkey may develop a new positive momentum in the Eastern Mediterranean.

The impetus from the global pandemic crisis can instigate a model for regional partnerships in settling conflicts and pave the way to negotiating disputes with other countries in the region.

Although Italy and Turkey will continue to face the Covid-19 pandemic for months to come, their solidarity represents a force against the rapidly spreading viral enemy and a bridge to solve other regional frictions.

Establishing dialogue through a regional partnership is the only way to reach a fair, comprehensive, and long-lasting solution in the Mediterranean.

Who knows? Maybe the tragedies unleashed by Covid-19 could trigger a solution to the  Eastern Mediterranean’s energy dilemma.