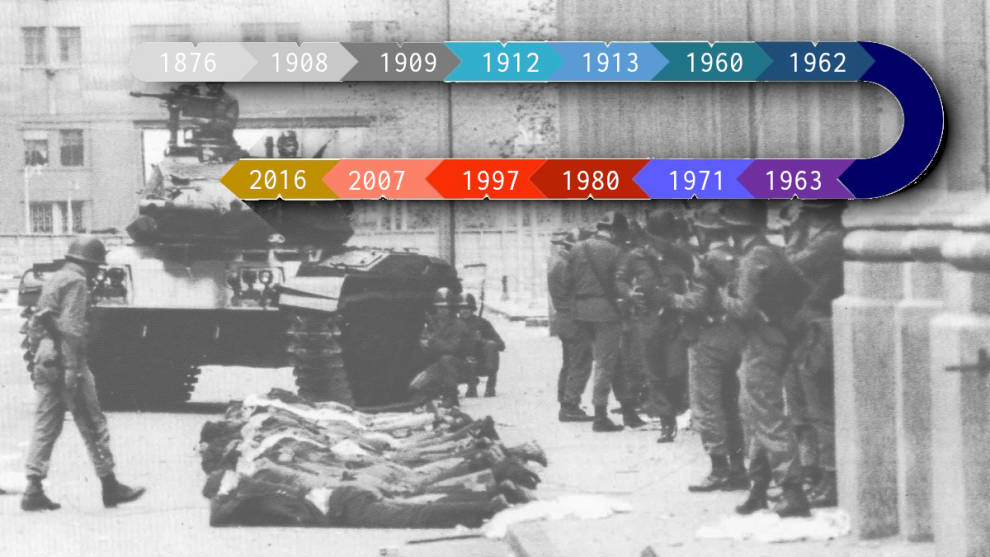 Secondly and more importantly, the civilians who support coups are not the true children of this nation; they are those who transform this country into décor for imperialists, who have no mental and spiritual ties to this nation but rather have ties abroad.

WHAT DOES IT MEAN TO STAGE A COUP IN THE NAME OF SECULARISM?

Turkey’s former Prime Minister Adnan Menderes was subjected to an extrajudicial killing! A sham judiciary staged a performance. The execution was already decided upon; they just wanted to put on a show.

The performance was actually the most serious part of it all: to frighten civilians, civic politicians, to threaten them saying, “If you do not obey the system you too will face execution!

So, what is the system? It is the global system and its satellite within, the secular system: so sanctified that even proposing to change it is out of the question; a system that is sanctified and protected in Turkey in such a way that it insults the people. This is a shackle around society’s neck.

The justification made for coups is “protecting the secular system”!

Those who put the shackles of secularism around the people’s necks resorting to a coup at every opportunity, saying “We are staging a coup to protect the secular regime,” is nothing other than to take the people as fools.

Coups mask the truth. It is not the truth that dominates but the masks. Coups are staged when the masks start to fall.

Coups do nothing but mask the blurry truth anyway. In a place where one coup follows another, a country’s independence is out of the question – and what will become of its future is not easy to project either.

Turkey’s two-century history of modernization is the one of reforms and coups. Reforms are civil coups. Coups, on the other hand, are military reforms imposed from the top.

Reforms in Turkey appear as attempts to help the country recover when, in fact, they shoot it in the foot. They add to the sufferings of the country, which is struggling to recover, and destroy it as it suffers.

This is exactly how the Ottoman Empire was buried in the pages of history. It wanted to recover with the Tanzimat reform era, but every time it tried it was shot in the foot and condemned to suffer, until it was eventually destroyed.

Coups in the Republican era started as plays in the Globe: the first coup was ruthless and bloody. The nation’s men were hung on the gallows as a message to the people saying, “If you do not behave, this will be your fate.”

Then, coups became a custom; the clock was set for a coup to take place once every decade. The coup calendar worked like a charm until today – even though, from time to time, it was delayed a little or even taken to an earlier date.

Why has this country been struggling with coup after coup?

Indeed, it is because the country is not in the hands of the real children of this country. What is worse, it is because they were turned into Mankurts (an unthinking slave in Epic of Manas), made to love their executioners as they were unable realize what was happening to them.

At a time when the people were about to recover and get back up on their feet, they were suddenly struck by the sword of Damocles.

At a time when the people started to remember what happened to them and consequently started to recover, they were struck with a blow to the head and rendered unconscious.

Those who staged coups were never the people’s men. The generals that carried out mental coups on the people this time around saying, “The military took control over the government in the name of the people,” were always the men of the lords of the global system. Hence, they ended their coup speeches saying, “We are with NATO, with Cento,” the mouthpiece of their masters.

Coup discourses, threats, and implications have been rising in the country in recent weeks.

This nation’s genes were tampered with during the May 27 coup; their social texture and emotional structures were destroyed.

Step by step, a project aimed at implementing the Stockholm syndrome in the people was put into practice from the top of the food chain all the way down. In whose name did the National Security Council (MGK), which “legitimized” coups, take control from governments? Did the people’s military do this on behalf of the people? Or in the name of NATO, like they repeated in every coup, shamelessly, like slaves?

Efforts were also made from the bottom to produce a youth set to be enslaved by foreign ideologies. It was almost said, “Let them do as they please, as long as they are not Muslim.”

They killed Ottoman Sultan Abdulhamid in front of the people; they openly sent Menderes to the execution chair.

They also killed Turgut Özal and Muhsin Yazıcıoğlu in front of our eyes. Necmettin Erbakan and Abdulhamid’s destinies intersected at their death: they were both condemned to a living death.

The people have nobody watching over them. Hence, they are facing coup after coup. Hence, the people’s men are being eliminated one by one.

Comparing the coups in Latin American countries to those staged in Turkey clearly shows a lack of comprehension of current events. The coups happening in other countries are staged to exploit those countries’ resources. Yet, in Turkey, coups are staged to stop the people, to destroy their spirit, and prevent them from coming to their senses by rolling up their sleeves to start another great historic march.