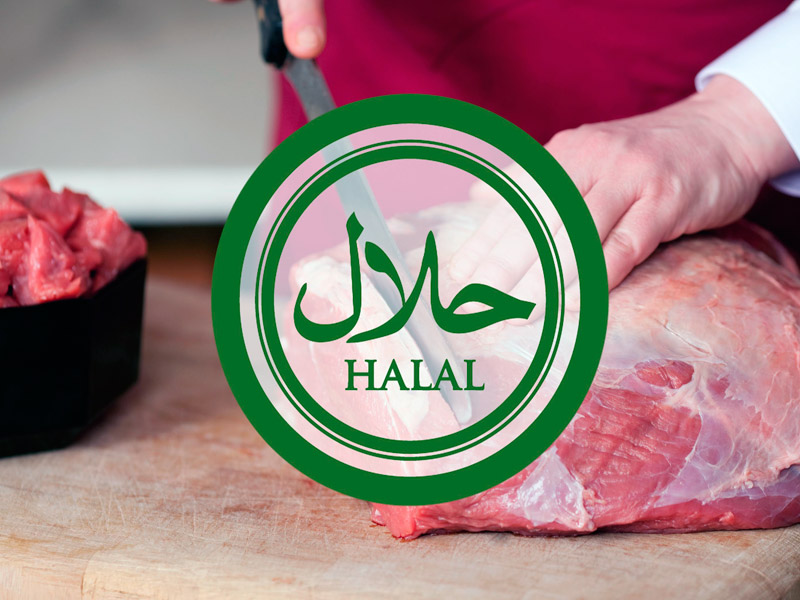 Islam prohibits the consumption of certain foods such as alcoholic drinks, pork/bacon, gelatin, meat of wild animals, and so on. The basic reason for prohibition is the unhealthy nature of non-Halal  (Haram) food. Muslims eat only Halal food because it is clean, healthy and besides all, an order of Allah. As Covid-19 virus originates from bats, the significance of Halal food has one more time come to the agenda. Food analysts argue that there should be limits concerning what to eat. When compared with paganist religions, Christianity has some certain rules about food but they are insufficient. Judaism has also dietary regulations called Kosher but the most comprehensive regulations are in Islam, called Halal (permitted) as opposed to Haram (prohibited).

Halal is an Arabic word meaning lawful or permitted. In reference to food, it is the dietary standard, as prescribed in the Qur’an (the Muslim scripture). The opposite of halal is haram, which means unlawful or prohibited. Halal and haram are universal terms that apply to all facets of life. These terms are commonly used in relation to food products, meat products, cosmetics, personal care products, pharmaceuticals, food ingredients, and food contact materials. While many things are clearly halal or haram, there are some things which are not clear. Further information is needed to categorise them as halal or haram. Such items are often referred to as mashbooh, which means doubtful or questionable.

In general every food is considered halal in Islam unless it is specially prohibited by the Qur’an or the Hadith . By official definition, halal foods are those that are:

Muslims eat to maintain a strong and healthy physique in order to be able to contribute their knowledge and effort for the welfare of the society. Muslims are supposed to make an effort to obtain the best quality nutritionally. It is mentioned in a Hadith that the prayer of a person is rejected by Allah if the food consumed is prohibited (haram). All foods are considered halal except the following (which are haram):

(*May be consumed if derived from Halal animals.)

Foods containing ingredients such as gelatin, enzymes, emulsifiers, and flavours are questionable, because the origin of these ingredients is not known. In the meat and poultry food industry, animals such as cows, veal, lamb, sheep, goats, turkeys, chickens, ducks, game birds, bison, venison, etc, are considered halal, but they must be prepared according to Islamic laws in order for their meat to be suitable for consumption (see below). Fish and seafood (with the exception of crocodiles, alligators and frogs) are generally acceptable for Muslims but as always check first, as there may be a personal dietary preference or allergy. The preparation of the fish or seafood should not include alcohol (ie batter or wine, or anything considered haram). In cases of necessity, prohibited things may become permissible (halal) for the duration of the emergency or need, as Islam puts a priority on life over death. Refer to Qur’an at Chapter 2:173 (Al Baqarah).

In Australia, the Australian Federation of Islamic Councils (AFIC – the peak Muslim body) certifies and trains Islamic slaughtermen for the meat and poultry industry. AFIC’s Halal Service Manager travels throughout Australia to various abattoirs/farms, meat and non-meat food companies, drugs, cosmetic establishments to perform Islamic supervision, audit/inspection, and halal preparation. Halal products are derived from animals and/or poultry that have been prepared according to Islamic law under the following statement, “In the name of God – God is the Greatest/Bismillahi Allahu Akbar”. Halal products and production are properly separated and clearly identified from non-halal products.

Islam places great emphasis in the way in which an animal’s life ends, which has to be in accordance with Islamic regulations. Life is a sacred blessing of God to creation, animals as well as humans. If the life of an animal has to be ended for human survival, then its life should only be taken in the name of God. Hence, the phrase bismillah (‘in the name of God’) must be uttered just before slaughtering an animal. Muslims cannot consume the meat of animals that are sacrificed in a name other than God. Any animal slaughtered in the name of a person alive or dead, any deity or idol will be considered as haram and therefore it is not permissible for Muslims to consume that meat.

Muslims are only allowed to eat meat that has been prepared according to Islamic law. This method is often challenged by animal rights activists as ‘causing unnecessary suffering to the animal’. Muslims disagree and say that Islamic law on killing animals is designed to reduce the pain and distress that the animal suffers. AFIC has strict rules with regards to Islamic slaughter. These rules state:

Some experts say that the animal killed in this way does not suffer if the cut is made quickly and cleanly, because it loses consciousness before the brain can perceive any pain: “the Islamic way of slaughtering is the most humane method of slaughter and that captive bolt stunning, practiced in the West, causes 3 severe pain to the animal” Schulze W, Schultze-Petzold H, Hazem AS, Gross R. Experiments for the objectification of pain and consciousness during conventional (captive bolt stunning) and religiously mandated (“ritual cutting”) slaughter procedures for sheep and calves. Deutsche Tierärztliche Wochenschrift 1978 Feb 5;85(2):62-6. The argument that halal slaughter is inhumane because animals are allowed to bleed to death is scientifically untrue. An animal’s throat is cut in one swift motion with a razor sharp knife. Unconsciousness is achieved within seconds and death occurs due to cerebral hypoxia not blood loss.

Islam is not only a religion it is a way of life with protocols, rules and manners governing every facet of life. Since food is an important part of daily life, food laws carry a special significance. Muslims are expected to eat for survival, to maintain good health and not to live for eating. In Islam, eating is considered to be a matter of worship of God like prayer, fasting, alms-giving and other religious activities.