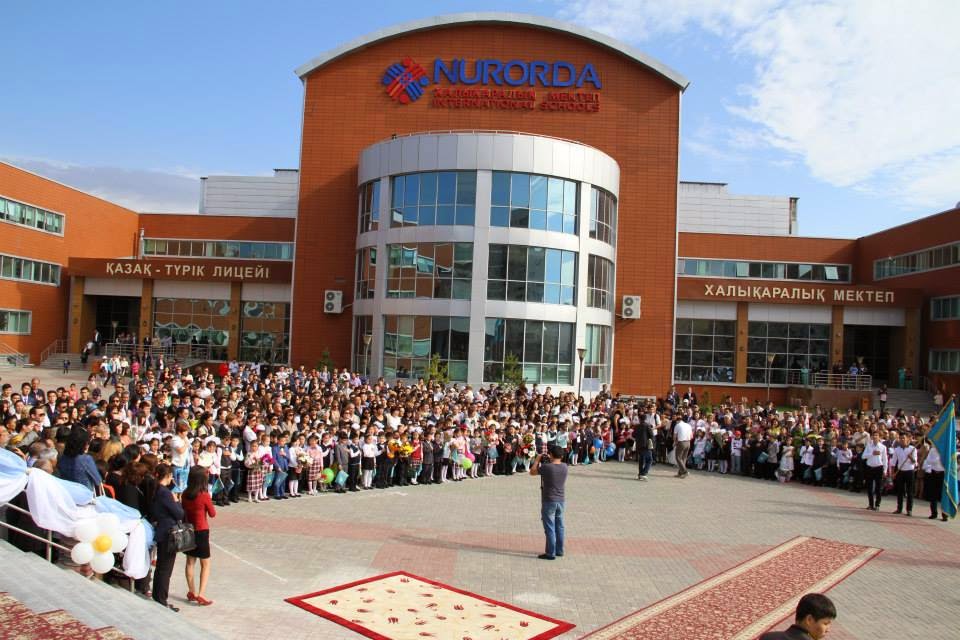 Since 2016, Turkey has been trying to eradicate the presence of the “treacherous” Gülenist Terror Group (FETÖ) not only from Turkey but also from the Balkans, Central Asia and Africa. President Recep Tayyip Erdoğan repeated on many occasions that FETÖ and its U.S.-based leader Fetullah Gülen pose a threat not only to Turkey but to all the countries it has infiltrated. Erdoğan warned his counterparts in the countries he visited that any delay in eliminating FETÖ would cause much bigger and more serious problems. He didn’t mince his words, especially in the Turkic republics in Central Asia and in Chad, Guinea, Pakistan, Gabon and Togo, where FETÖ had been very active under the guise of educational campaigns. Erdoğan urgently advised them to take steps to cleanse their countries of FETÖ in the same determined manner they confront Daesh, the PKK, al-Qaida, Boko Haram and al-Shabab.

While expressing his appreciation of Togo’s support in the fight against FETÖ to his Togolese counterpart Faure Gnassingbe in the capital Lome, Erdoğan said that allowing FETÖ to operate the schools is comparable to feeding terrorists. “The terror always turns back and bites the hand that feeds it,” he warned.

The recent case in point: Kazakhstan. Since Jan. 4, the country has been in turmoil. The riots ostensibly started as protests against the 50% increase in the price of natural gas but spiraled with the beheading of 12 police officers, the occupation of the national airport in the capital city and the parliament and other government buildings being set alight. Members of Daesh and FETÖ are said to be behind the riots that spread to many cities, according to a former member of the Russian parliament (Duma), speaking right after the disturbances started. Ruslan Balbek, who is also the former deputy prime minister of the internationally unrecognized administration of Crimea, told Russia’s state-run Ria Novosti that the “hands of ISIS (Daesh) and Gülenists are visible” in the protests. Protesters “picked up an ideological virus” from Fetullah Gülen, the leader of the Gülenist cult, Balbek stressed.

Others, like Mr. Balbek, using the “circumstantial evidence,” also pointed to the FETÖ presence in the uprising. Recalling that FETÖ was behind the July 15 coup attempt in Turkey, Balbek claimed that the group also has a hand in the Kazakh riots. “It is in the ISIS (Daesh) style – brutal killings and absurd demands,” Balbek added, “But those Kazakhs, who were trained at the educational institutions of Fetullah Gülen, the organizer of the coup attempt in Ankara, are at the helm.”

We usually have the tendency to disparage “circumstantial evidence”; we believe absolute evidence directly supports the truth, without any inference. But please remember that a fingerprint at the scene of a crime is also “circumstantial evidence.” Kazakhstan was known as FETÖ’s primary target. The Turkish-Kazakh schools across Kazakhstan have been renamed after Turkey’s international campaign against FETÖ. The FETÖ schools in Kazakhstan were co-founded by Gülen’s organization and his followers in several cities and have been functioning in the country since the early 1990s. One of the sponsors of the 33 Turkish-Kazakh schools in Kazakhstan, the KATEV Foundation, agreed that the schools be renamed “Bilim” (Science) Innovative Lyceums and that all FETÖ related instructors be purged from the system. But the harm had already been done as the FETÖ schools had bred tens of thousands of disciples over the many decades its operations remained unchecked.

Who could check them in Kazakhstan, Togo or elsewhere when the same group was free to flourish in Turkey for decades? Two years after FETÖ’s coup bid in Turkey, Erdoğan himself, in a televised interview, said that he would not reject the claim that FETÖ gained momentum during his party’s tenure.

One can easily deduce how large its alumna (read: power base) had become since its inception in the 1970s: Turkey has arrested nearly 40,000 and dismissed some 110,000 public servants since the failed July 2016 attempt, blamed by the government on Gülen. Despite the confessions of defendants in courts, Gülen admitting to meeting key figures involved in the coup plot and the Turkish Ministry of Justice providing truckloads of documents in accordance with the agreement on extraditing criminals, the U.S. government continues to provide the group’s head a safe haven.

FETÖ’s cooperation with Daesh members and other foreign-trained elements participating in riots should not come as a surprise given that the group has been collaborating with the PKK terror organization in parts of northern Iraq and Syria under PKK control. They leaked the identity of more than 300 Turkish gendarmerie informants to the PKK, who then executed them. They have been in close contact with Daesh, according to a report issued by Turkey’s Gendarmerie General Command, revealing links to Daesh prior to and following the July 15 coup attempt, which killed at least 248 people and injured nearly 2,200 more.

Kazakh President Kassym-Jomart Tokayev did not blame a specific group for the unrest but did describe the rioters as “armed and trained bandits and terrorists, both local and foreign.” Similar to what happened in Turkey during the Gezi Park protests.

A wave of demonstrations and civil unrest began in Istanbul on May 28, 2013, with protestors simply opposing the urban development plan for Istanbul’s Taksim Gezi Park. The protests spiraled exactly as they did in Almaty: government buildings were occupied, including the hall where the Cabinet would convene and the prime minister’s office. Eight civilians and two police officers were killed, and more than 9,000 people were injured. Just like in Almaty, several U.S.-funded organizations were accused of sparking the violence in Turkey. Among them were FETÖ-supported foundations.

Later, FETÖ orchestrated the defeated coup of July 2016 in Turkey. Beginning in 2010, many people and several think-tanks portrayed “the Gülen movement” as a “religious” group offering an alternative to the Salafism-Wahabism that gave us the Taliban in Afghanistan and Iranian mullahs’ doctrines, which gave us Hezbollah and the Amal Movement. The first thing that the so-called movement did was get organized in Central Asian and African countries. Serviceably and beneficially, those schools propagated their own version of extremism. Ankara tried to draw international attention to FETÖ being behind a long-running campaign to overthrow the state through the infiltration of governmental institutions, particularly the military, police, and judiciary – not only in Turkey but also in all the other countries where they have been active. Even in Bosnia, Montenegro and Serbia, they have been infiltrating governmental institutions.

U.S.-based authors and analysts, like Soner Cagaptay, Michael Rubin, Steven A. Cook and several others all of a sudden started supporting the “Gülen Movement” at once. Rubin, for instance, used to call Gülen an “anti-Semitic Turkish cult leader,” accusing him of following an inconsistent approach to secularism, and equating secularism with fascism. But soon after, he openly wrote that he was mistaken about Gülen, to whom he apologized in Commentary Magazine on May 20, 2015, and visited his residence in Pennsylvania. Those neo-conservative apparatchiks in the U.S. government departments and White House have been holding a protective umbrella over Gülen’s cult. The U.S. and Turkey extradite hundreds of defendants to the other every year, but the U.S. Department of Justice will not even submit Turkey’s request to a federal court in case he gives himself away as a U.S. operative during the cross-examination.

Let’s hope that the recent turn of events in Kazakhstan changes the international attitude towards FETÖ. Revelations in the Kazakh courts may alter the international perception of FETÖ as a “moderate alternative to Taliban and Iranian mullahs” to what it really is: an international menace using religion as a disguise.

The famous “duck test” (if it looks like a duck, swims like a duck and quacks like a duck, then it probably is a duck) could be helpful in deciphering the riots in Kazakhstan. Philosopher Slavoj Zizek has this addition to the duck test: “He may look like an idiot and talk like an idiot, but don’t let that fool you. He really is an idiot.”

We should not be fooled by the events in Kazakhstan: the infamous duck may be behind it all.