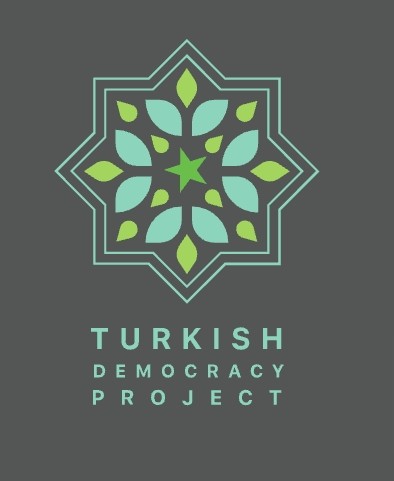 A new initiative has been established in the US to ruin Turkish democracy.  Named ‘Turkish Democracy Project’, it was established by and with the sponsorship of FETO. All Turkish members were seen to be FETO fugitives in the US. Neo-cons like John Bolton and Jeb Bush also joined the project. 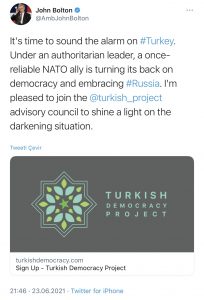 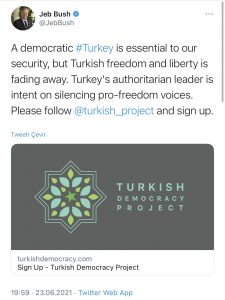 Although they claim to restore Turkey’s democracy, it was FETO that attempted a failed military coup to kill and overthrow elected President Erdogan on July 15, 2016. Turkish public immediately reacted after the announcement of the malicious project. Some social media users saw it as a new attempt of the US and FETO to attack Turkey. Some others said they don’t expect any damage as all American participants and FETO members continously failed in previous attempts.

FETO is a Turkey-born terrorist organization serving foreign powers. The group members live in safe in western countries. FETO leader Fetullah Gulen is based in Pennsylvania and not extradited by the US administration.