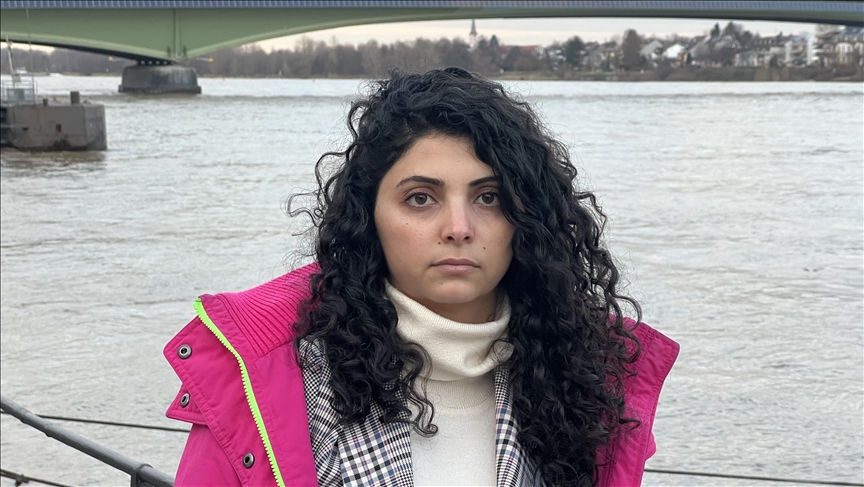 A Palestinian journalist, who was fired from Germany’s international broadcaster for alleged antisemitic views, has strongly criticized the management for unfair treatment and censoring freedom of speech.

“I’m not antisemitic. I am someone who believes in freedom of speech,” Maram Salem said in an exclusive interview with Anadolu Agency, adding that criticism on Israeli policies does not amount to antisemitism.

Deutsche Welle announced earlier this week that it fired five journalists from DW’s Arabic service after its two-month investigation into allegations of antisemitism.

Salem dismissed allegations against her as “a scandal” saying that she has always defended democratic principles, freedom of expression and religion, and human rights.

The young journalist said Deutsche Welle’s investigation was not conducted in an impartial and objective manner and was also used by the management as a tool to justify a pre-determined outcome.

“In my case, my post was about freedom of speech in Europe. I criticized the situation in Europe,” she said, adding that her Facebook post, which was investigated by the management, did not even mention Jews or Israel.

“Germany (says) it supports freedom of speech, but (my) saying that there is no freedom of speech in Europe was enough for them to suspend me and actually accusing me (for) being antisemitic,” she said.

The journalist pointed out that antisemitism allegations were often used to limit freedom of expression and restrict criticism of Israel’s policies and actions.

“There’s a lot of red lines that you really can’t talk about it here when it comes to Israel. And I think it’s absurd, at least (for me) as a Palestinian who lived in the West Bank for most of her life, that even saying normal stuff about what Israel is doing in the West Bank and Gaza, can be and will be held against me in Germany,” she said.

Deutsche Welle has long been criticized for its biased coverage of the Israeli-Palestinian conflict, as its management argues that Germany bears special responsibility for the country, due to the Nazi crimes committed against Jews during World War II.

Last year, DW’s editorial board sent a new reporting guide to its staff further restricting critical reporting of Israel, and according to a new press release, it is now planning to sharpen its code of conduct, with more focus on antisemitism, Israel’s right to exist and Germany’s historical responsibility.