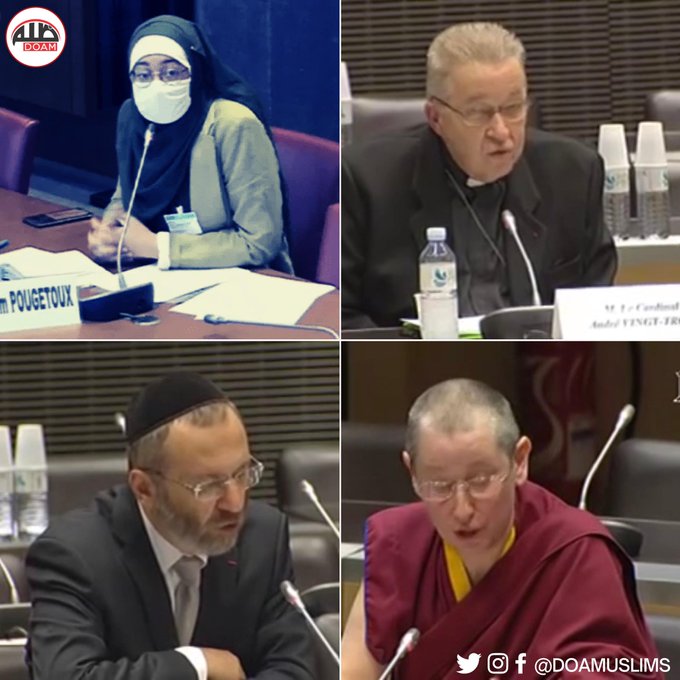 French lawmakers left a hearing in the parliament because a Muslim student wearing hijab was speaking. The behaviors of MPs were condemned by French Muslims, who underlined the hypocrisy of French MPs that did not leave when people of other faiths spoke in the parliament. Previously Jewish and Sigh clerics had visited the parliament but MPs had shown a great respect to them.

Journalist Ali Alamuddin argues that French state and media are full with Islamophobia and Muslim-hatred.  For example, when  Charlie Hebdo decided to republish cartoons of Prophed Muhammad (pbuh), Frence leader had seen it as freedom of speech. However, Charlie Hebdo had fired one of its cartoonists because of his anti-semitist views in 2009. While it is banned to criticize Jews and Israel in France due to law of anti-semitism, anyone can insult Islam and Christianity without any charges. France hosts more Muslims than any other European countries but allegedly implements a systematic discrimination against them. Political analysts say more people joined ISIS from France because of country’s exclusionary policies against Muslims.

Controversial Israeli soccer club may be litmus test for UAE soft power ploy
Emgage, its Normalization with Zionists, and the American Muslim community in 16 questions