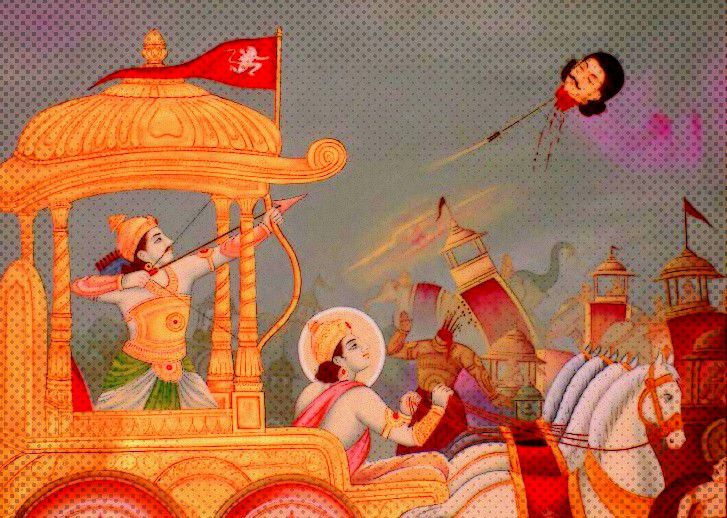 Babasaheb Ambedkar, the man who drafted India’s constitution, burned Manusmriti in 1927 declaring it as a book that teaches hatred. Now, Hindu monks want to revive the codes of Manu to commit genocide against Muslims.

Dharam Sansad, or religious parliament organized by the top religious scholars and leaders of Hinduism in the Hindu holy city of Haridwar from December 17-19, declared open war on Islam and Muslims and urged Hindus in all sectors of life to eradicate the followers of Islam violently. However, the religious leaders of 900 million Hindus did not specify whether their project to commit genocide against Muslims would remain confined to India or include about 2 billion Muslims worldwide.

Hindus are in almost all corners of the world. They have financed many of the religious leaders present at the conference, and they owe their religious allegiance through temples promoting their ideologies. Yet, none of India’s significant Hindu religious or political leaders has come forward to condemn the people advocating terrorism. The police and intelligence have also failed to take action against the merchants of death.

Political experts believe that the genocide call against Muslims has the backing of the RSS, the leading Hindu organization built on the sentiments of hatred against non-Hindu religions. They also suspect the Research Analysis Wing (RAW), an Indian intelligence agency run by mainly upper-caste Hindus owing allegiance to the RSS, to be behind many religious leaders present in the conference.

The purpose of calling for violence against Muslims is to terrorize them and intimidate them into renouncing Islam and accepting Hinduism. Hindu religious leaders believe that by 2029, Muslims will have enough political power in India to install their Prime Minister.

Indian Muslims make up 15 percent of India’s current population. However, by 2050, Hindus will be 1.3 billion and Muslims 311 million.

However, it is not the electoral politics that has led the religious leaders to issue the ethnic cleansing call. Instead, their religious belief system led them to openly say what they had been discussing among them for a long.

There is not a single Hindu religious leader and the RSS operative that does not believe in the legitimacy of Manusmirti or the Codes of Manu as the guiding principle for a Hindu Rashtra. In their views, prescriptions from Manusmriti, an ancient law book with 2,690 verses, are the words of Brahma.

Manusmriti dates back to 200 B.C. But the proposal to revive Manusmriti comes from a book, Bharat Gaatha, penned by Dr. Surakant Bali, an RSS follower.

It is one of the foundational texts of the Upper caste hegemony of Hindu society. Without understanding it, one cannot understand Hinduism properly. Manusmirti is parallel to the Indian Constitution. Hence, the recently concluded Dharam Sansad expressed its hatred to the Constitution and demanded to throw it in the trash can and install the laws of Manu as the law to govern India.

Mansumriti’s chief target is the principle of equality of all enshrined in the Constitution. The former RSS chief M.S. Golwalkar proposed in ‘We or Our Nationhood” that the denial of equality to some section of Indian society, the minorities, is the Hindu nationalists’ goal.

The history of India starts with the arrival of the Aryans. They devised a social system to ensure that they always remain at the top, own all the wealth and power. They divided the people into four Verna groups and assigned each their duties and obligation.

In that descending order, Brahmans, Kshatriya, Vaishyas, and Shudras got their status and privileges fixed by birth.

The Brahmans were the super-lords. Other castes were for their protection and preservation. The Kshatriyas were to protect and defend, the Vaishyas were to produce food, and the Shudras served as menials. Those who did not fall in the Verna system were untouchables, non-humans, and not fit for Hindu civilization. Jews, Zoroastrians, Christians, Muslims, and 7000 other religious traditions were impure, worthy of rejection.

The Brahmans are guiltless, as they could do no wrong. To cement this, they also conferred a divine sanction on it by claiming that Lord Brahma ordained it.

There are more than 6,000 sub-castes, all birth-based, socially isolated from, and inimical to each other. It means that those on the lowest rung would always remain subjugated and exploited.

Jainism and Buddhism, born in the sixth century B.C., challenged the Manusmirti-based system. As a result, thousands of people embraced these two faiths. However, during the rule of Chandragupta Maurya, Upper caste Hindus killed thousands of Buddhists and Jains, destroying their places of worship.

From the eighth to the 16th century, Islam and Christianity attracted the so-called lower and oppressed castes to their fold. Most of them were the early inhabitants of India before the invasion of the Aryans.

The Manusmirti-based laws made India weak while empowering the upper castes to reap division benefits.

The upper castes distorted history, destroyed records, and eliminated those who opposed them. They created their new gods and orchestrated lynching and mass hysteria to ensure their hegemony.

Neither the RSS, the BJP government, nor the religious leaders of Hinduism have ever spoken against the caste system, let alone condemn it. Instead, they have unleashed violence against anyone who stands against the prevailing Hindu Verna system.

The call of Hindu Dharam Sansad to commit genocide of Muslims is a continuation of the Hindu upper-caste culture to try to eliminate those who promote egalitarianism. Their hatred of the Indian Constitution is living proof of their arrogance. Haridwar Hindu religious parliament was not an exception but a continuation of Hindu history.

The Manusmriti is an anathema to the vision of a peaceful world. Constitution. The Hindu religious leadership that met in Haridwar is full of hatred. It lacks vision and wisdom. It fails to recognize that diversity is the essence of life. None of us is born high or low. We are all equal and deserve a dignified human existence.

Through their hateful call, Hindu religious leaders proved beyond any doubt that they do not even understand the meaning of humanity.

From Turkey to Africa: A way beyond imagination
Is Kazakhstan Russia’s next Ukraine?