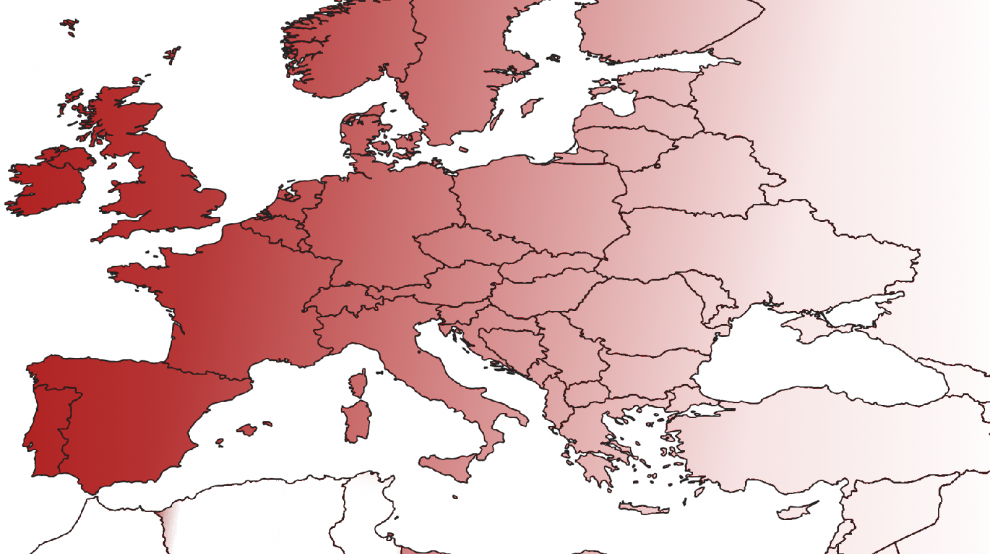 Novel coronavirus resulted in catastrophe in Europe from the health point of view but its political implication is so much more powerful so that in couple of weeks times, it destroyed the European image which took several decades to built.

European Union was the greatest achievement in the post-second world war era resulting in uniting the historically arch-foes of the continent under a single loose political unit which brought unprecedented peace and prosperity to Europe. For more than half a century, several countries even outside of the continent wanted to join the Union or its organizations hoping it would provide similar achievements at home. Even the most corrupt former communist iron curtain countries like Bulgaria benefited from the European project leveling its tarnished status after joining the club. But it all may have come to an end after the fatal coronavirus dealt a irrevocable blow to 7-decades-long European image.

Southern European countries Italy and Spain have been the worst hit by the Covid-19 pandemic in the continent of Europe. Both countries suffered nearly half a million infections which resulted in almost 60 thousand deaths. France, Belgium, The United Kingdom followed the southern Europe suffering tens of thousands of deaths as reports of collapse in health system hit the international media. Most countries in Europe discriminated elderly in coronavirus treatment as limited hospital resources were long overwhelmed which resulted in abandoned casualties in nursing homes through out Europe. Even countries like Germany which managed the virus somewhat better comparing to its peers fells victim to supply shortage which resulted in large infections among health workers. Germany’s some state officials federal foreign minister Heiko Mass have been humiliated by the reports that they attempted hide the medical supply aid from Turkey.

European Union countries which are supposed to stand shoulder to shoulder started accusing each other of piracy at the peak of infections for stealing each other’s face masks which became vital during the pandemic but otherwise worth not more than 10 cents each. Italy and Spain’s appeal for help when they were suffering several thousand deaths on a daily basis echoed through out Europe but went unanswered. The aid eventually arrived from outside of the block mainly from Turkey and Europe’s arch-enemy Russia. The world witnessed several incident of European Union flags being burnt or taken down in Italy and Spain.

Germany’s late attempt to save the ever-diminishing image of the European Union was hailed at home but otherwise found too late. German government flew in dozens of patients from Italy and Spain to stem the continent from falling apart as it has a hastily passed a law making public burning of the European Union flag a crime. “Germany may have saved the flag but the image is long tarnished,” said a former European Parliament member of Turkish origin whom asked keep his name because of being a diplomat in Europe now. Europe has been divided into at least two as the south and the north he also said. And in the post corona-era, new forms of alliances would bee sought based on this fact, he added.