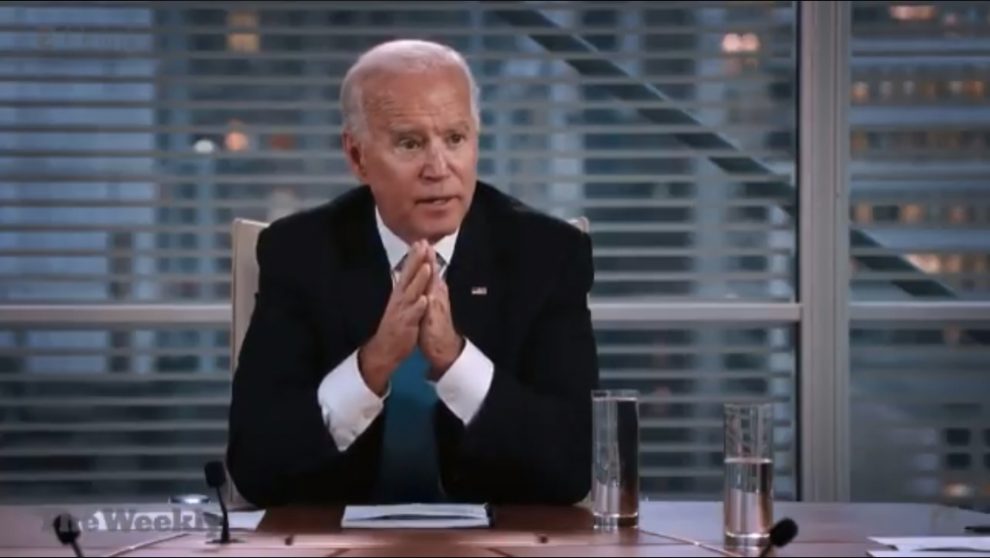 The former United States vice president and presidential candidate Joe Biden has said that his administration would interfere in the Turkish elections to topple president Recep Tayyip Erdogan. Biden also said he would support certain elements within the Turkish government  exposing the fact that democrats have been indeed in touch with crypto Gulenist cells in Turkish institutions.

“We can support those elements of the Turkish leadership that still exists and get more from them and embolden them to be able to take on and defeat Erdogan not by a coup but by an electoral process,” said Biden to a group of American journalists carefully listening to find out a possible American policy towards Turkey during the next five years. Biden’s comments have immediately been condemned by several experts and journalists on social media as soon as the scandalous video made quick circles. Former Turkish consulate to Chicago, Umut Acar said on his personal Twitter account that “You cannot complain about “Russian interference with US elections” and promise to do the same in a NATO ally country.” Acar also reiterated that Biden’s unfortunate comments just proved how badly he has been advised about Turkey.

Yusuf Erim, a journalist with substantial sources within the Turkish government also reacted to Joe Biden’s interview by pointing out that Biden has been working with Gulenists whom are behind Turkey’s bloody failed coup attempt in which 251 people have been murdered and Turkish parliament have been bombed by putschist pilots. “Which elements Mr Biden? Sounds like Gulenists to me,” said Erim on Twitter. He also pointed out to the fact that Biden’s body language was very defensive despite the fact that he kept threatening president Erdogan.

Joe Biden also said during the interview that his administration would revive the unconditional support Obama administration provided for PYD the Syrian branch of PKK which is a designated terror group by the United States. Editor at large of DutchTurksNL website, Volkan Turk, reminded Biden’s hypocrite policy towards Turkey during his vice presidency. “Joe Biden is a lying fake liberal weasel. At the time, while he was lambasting marxist narco-terrorist group PKK on camera, the Obama admin armed that same terrorist group with tonnes of weaponry,” he lashed out on Biden.

Turkish government have still been carrying out operations to crypto Gulenists within the Turkish state institutions and detaining several of them. Western countries criticize Turkish government for turning the post-coup operations into a witch hunt but Biden’s comment have exposed that Gulenist sleeping cells do still exist not just in Turkish state institutions but also among the leadership. Biden said his administration would topple Erdogan not by a coup but by an electoral process. He also said that Turkey’s recent actions in the eastern Mediterranean need to be isolated.