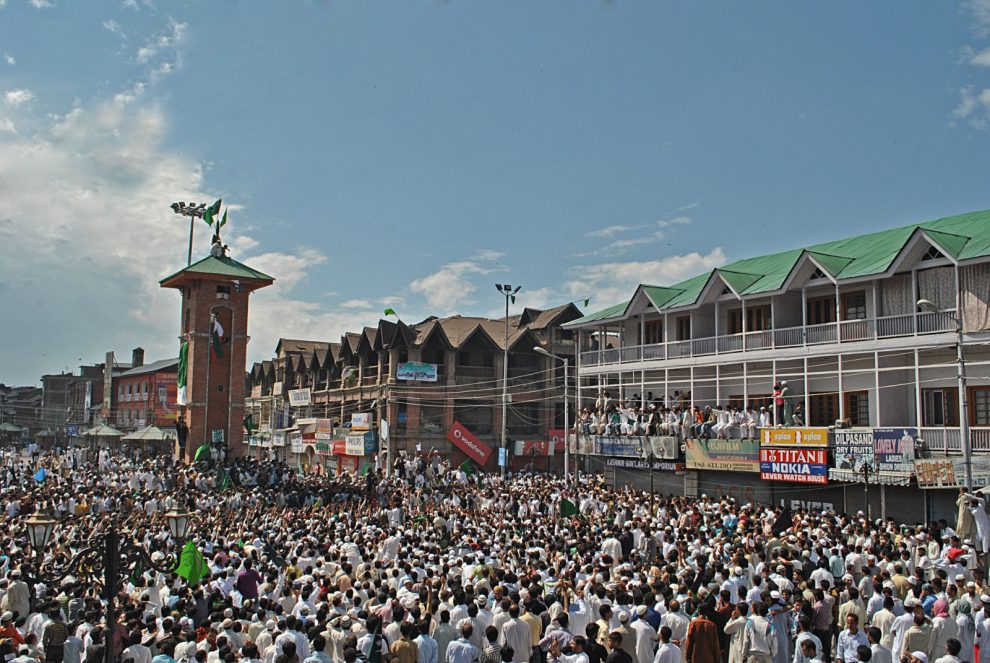 ANKARA – The Kashmir dispute is back on the agenda of Organization of Islamic Cooperation (OIC) – the largest Muslim body – as the group holds emergency meeting on the situation in Indian-administered Jammu and Kashmir (hereby Kashmir). On Monday.

The OIC in a twitter statement said that the OIC Contact Group on Jammu and Kashmir will hold an emergency foreign ministerial meeting via video conference today to “discuss the latest situation in Jammu and Kashmir”.

“The meeting is part of a series of continuous Jammu and Kashmir Contact Group meetings to address the issue,” said OIC Secretary General Dr Yousef Al-Othaimeen in the twitter statement.

Kashmir is divided between India and Pakistan since 1947 which waits its political resolution as promised by the United Nations after India had lodged complaint of aggression against Pakistan in 1948 soon after two countries declared independence.

Although the OIC only said situation in Kashmir would be discussed, it is highly possible that the Muslim body would deliberate about the impending demographic changes in the disputed region.

Fear is gripping in Kashmir ever since India imposed new residency laws in the disputed territory early this year which make citizens of India eligible to buy land, apply for public jobs in the region.

The new laws were brought by India after scrapping so-called limited autonomy – termed as “re-annexation” by many Kashmiris and Pakistan – of the region under Articles 370 and 35A of the Indian constitution in August 2019.

Kashmir is a Muslim-majority region and natives fear this is a tactic by India to swindle the majority community numbers in to minority.

Also, India’s military operations in Kashmir have intensified in recent past. Latest reports suggest 105 Kashmiri armed rebels have died since January this year in battle with Indian forces.

Most of the killings of militants in encounters between Indian forces and Kashmiri rebels happened amid COVID-19 pandemic despite the fact UN had called for a ceasefire.

The Organization of Islamic Cooperation (OIC) Contact Group on Jammu and Kashmir will hold an emergency foreign ministerial meeting via video conference on 22 June 2020, to discuss the latest situation in #JammuAndKashmir. #JammuKashmir #Jammu #Kashmir pic.twitter.com/VhzTgTizrX

The OIC Contact Group on Jammu and Kashmir was founded in 1994 to coordinate OIC policy on Kashmir dispute. Turkey, Pakistan, Azerbaijan, Niger and Saudi Arabia are its members.

However, many have called out OIC for its “ineffectiveness” on Kashmir.

In an interesting social media activity of the OIC, the twitter statement of the Muslim body had generated more than 3,700 retweets and over 9,000 ‘likes’.

OIC had been inviting Kashmir resistance leaders, including Syed Ali Geelani and Mirwaiz Umar Farooq, for its meetings on Kashmir but they have not been able to attend any, so far, – many a times, for want of travel documents from India.

In a Twitter Post, Kashmir Reading Room – an advisory group on Kashmir issue – urged OIC to “ensure full support” to Jammu & Kashmir’s right to self-determination as defined in the UN charter, and incorporate this into the OIC’s charter in clear and unambiguous terms.

Open Letter to @OIC_OCI Organisation of Islamic Cooperation (OIC) from @KReadingRoom in light of Emergency Foreign Ministerial Meeting of OIC Contact Group on Jammu and Kashmir on 22 June 2020. pic.twitter.com/bj0h7XQl6E

There are 20 resolutions passed by UNSC and UN General Assembly (UNGA) since 1948 call for referendum in Jammu and Kashmir – that existed before 1947 when India and Pakistan were born as independent nations – to decide its political future.

“OIC must make efforts towards ensuring that the Kashmiri leadership is involved in all such meetings to present their case in the OIC sessions debating the Kashmir Conflict,” the group said.

It also proposed to OIC a “Kashmir Committee” which would comprise of Kashmiri experts, activists and political representatives to assist the Muslim body to play an “effective role” in the resolution of the Kashmir dispute.

Speaking to Straturka.com, Kashmiri lawyer Mirza Saaib Bég said: “Kashmiris appreciate the OIC’s effort in calling for a meeting, however, for any real solution to emerge, we believe that it is essential to highlight that OIC can do more for the issue, even when compared to their clear and unambiguous support for Palestine.”

He said OIC charter refers to Palestine 4 times but it “makes no mention of Kashmir”.

“The support given to Palestine is in unambiguous terms in the preamble as well as in Article 1, Clause 8 using terms like – “… the Palestinian people…are presently under foreign occupation”, “right to self-determination,” and “to establish their sovereign state”, he explained.

“Such unambiguous language is not found in OIC’s Kashmir policy,” he maintained.

“Despite 57 member countries of the OIC, membership of this group has remained without any alteration since 1994 – Azerbaijan, Niger, Pakistan, Saudi Arabia and Turkey are its members. Occasionally Kashmiri representatives are invited but we have no official space in these meetings,” said Bég, who is currently in the UK to pursue a Master’s degree in Public Policy at the Blavatnik School of Government, University of Oxford as a Weidenfeld- Hoffman scholar.

Hedging Bets: Turkey positions itself as supply chain alternative to China
Breaking the shell of inertia: Turkey as a regional power