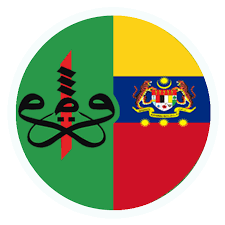 KUALA LUMPUR: The Malaysian Consultative Council of Islamic Organizations (MAPIM) on Thursday (January 20) delivered a memorandum to the High Commissioner of India in Malaysia, B.N. Reddy, to be forwarded to Indian Prime Minister Narendra Modi to register a strong protest against the hate campaign that is now being fueled in India by Hindu nationalist groups against Muslims.

“We regret that the High Commissioner had refused to receive the memorandum and notified the police to halt us from entering the building,” MAPIM president Mohammad Azmi Abdul Hamid said.

The delegates who attended the handing over of the memorandum at the High Commission of India in Kuala Lumpur belonged to five Malaysian organizations: MAPIM, SHURA , MHO, SEMBOYAN and IMIM.

“We condemn the arrogance of the HC office of India for dismissing our intention to register our protest,” they said in a press release.

The Malaysian civil society groups said open calls are being made by Hindu nationalists to launch a genocide against Muslim citizens of India.

They said India claims to be a champion of democracy yet refused to accept the Malaysian civil society’s condemnation of hate speeches against Muslims and other minorities in India.

They highlighted that incidents of mob lynching of Muslims have been on the rise and mentioned the killing of a Muslim youth by Rashtriya Swayamsevak Sangh (RSS) goons in Karnataka state ruled by the Bharatiya Janata Party (BJP).

Another youth was seriously injured in the RSS attack.

The RSS is the parent of the Indian ruling party BJP.

An anti-Muslim event was organized by Hindu extremists in December in Hawidwar in Uttarakhand state where they made calls for massacring Muslims.

“We demand the Indian authorities to take appropriate measures to stop this criminal assault on Muslim communities as a result of the hate speeches,” the Malaysian groups said.

They warned that Muslims around the world will hold the Indian government fully responsible if violence against Muslims in India is not stopped.

The Malaysian groups highlighted that there is a potential for large-scale violence against Muslims in India as happened after the 1992 demolition of the Babri Masjid by Hindu extremists affiliated with the RSS and the BJP.

They recalled the 2002 Gujarat massacre in which 2,000 people, mostly Muslims, were killed, and the 2020 anti-Muslim violence in New Delhi when dozens lost their lives.

They said the BJP government and the RSS extremist group are condoning the anti-Muslim hate campaign.

Instability in India will set fire to the whole sub-continent, the Malaysian groups warned.