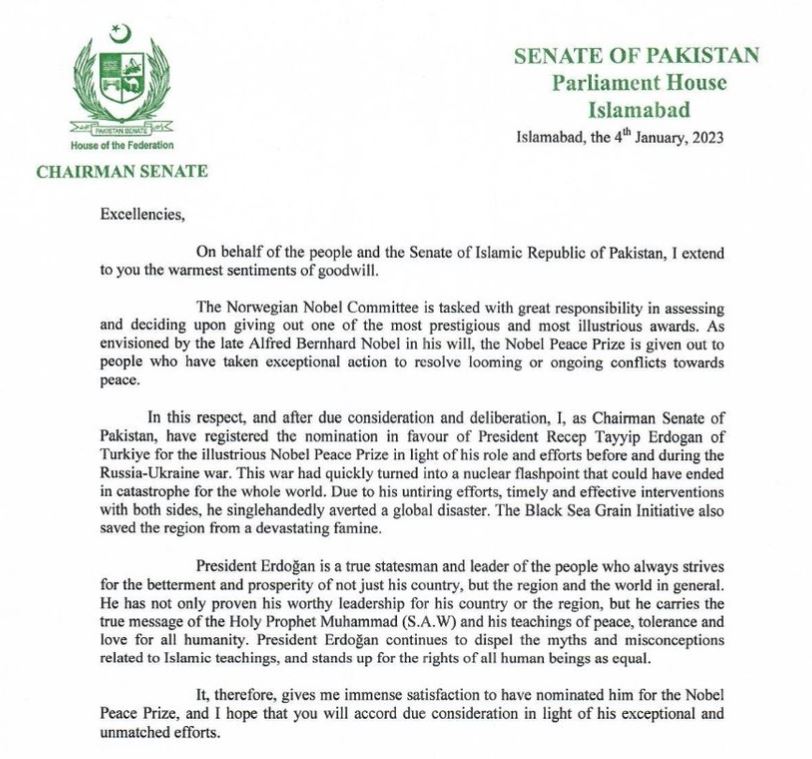 Pakistani Chairman of Senate, Muhammad Sadiq Sanjrani through a letter has officially registered the nomination in favour of Turkish President for the “Nobel Peace Prize” for his efforts to resolve the Ukrainian crisis in a letter addressed to Norwegian Nobel Committee.

“Russia-Ukraine war had quickly turned into a nuclear flashpoint that could have ended in catastrophe for the whole world. Due to his untiring efforts, timely & effective interventions with both sides, he singlehandedly averted a global disaster. said Chairman Senate.

He further added that President Erdogan is a true statesman & leader, who always strives for the betterment & prosperity of not just his country, but the region & the world in general