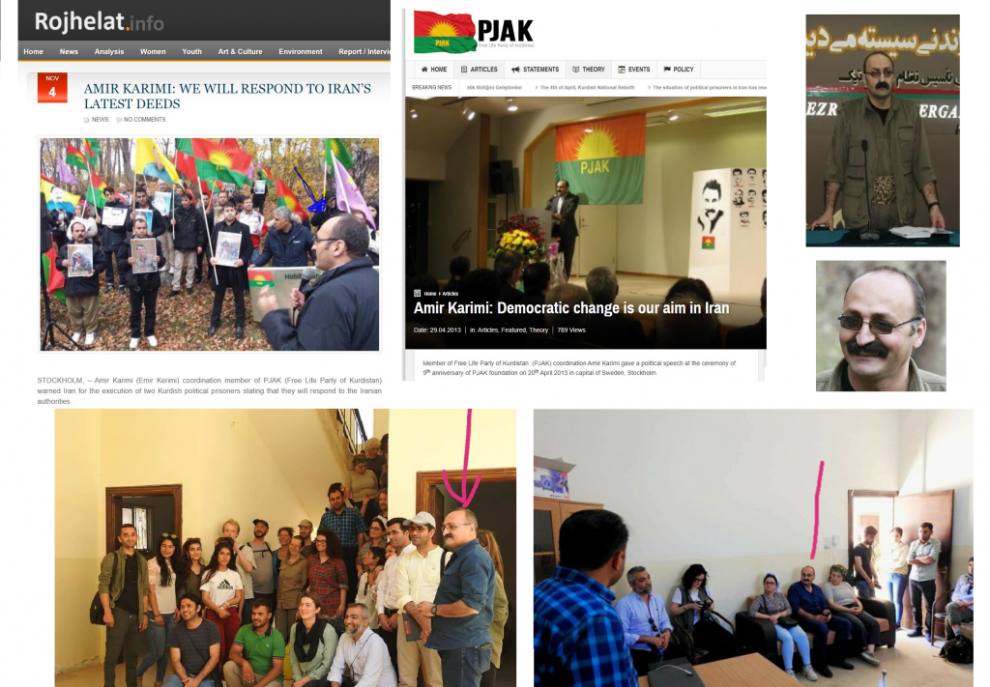 The much-praised ‘Rojava’ project in North-East Syria has ridden most of its popularity in the West through their fight against ISIS and their ideology ‘Democratic Confederalism’, that promotes a form of grassroots governing by local people on the ground, structured from neighbourhood ‘communes’, to ‘city councils’, all the way up to ‘cantons’. This system of popularly elected administrative councils, allowing local communities to exercise autonomous control over their assets, while linking to other communities via a network of confederal councils has seemed refreshing to many that follow developments in the Middle East.

And it would indeed be an interesting development, if the region wasn’t governed by a shadow power structure with ultimate decision-making authority behind and beyond the local governing entities mentioned above. This shadow power structure consists of PKK cadres that ‘lurk in the shadows’ and undermine the authority of those local governing entities, overruling decisions that do not meet their goals.

A great example of this shadow power structure is the presence of senior PKK members (and its sister organization PJAK) in North-East Syria. On the images above you can see Amir Karimi, a former PJAK coordination member – now history teacher at the university of Kobani – from Mahabad, Iran. Amir Karimi was active as a PJAK leader for years, and has ran the group both from Qandil and Sweden. In Qandil, Amir went by the nom de guerre of ‘Mezdek’.

It has been half a decade since he moved to Kobani, where he was involved in the establishment of the University of Kobani, that he runs behind the scenes, and where he teaches ‘History of Kurdistan’ under his latest nickname ‘Malek’.

‘Rojava’ as a PKK project with PKK architects

What many supporters of the ‘Rojava’ project conveniently seem to forget – is how it actually started out. Its foundations were laid in 2002, as the umbrella organization Kurdistan Communities Union (KCK) was founded by the PKK to take their armed struggle to countries with a Kurdish minority beyond Turkey, the PKK’s main target throughout the last four decades. A KCK branch was set up in Syria, led by Nureddin Sofi and dubbed “KCK-Rojava”. The Democratic Union Party (PYD) was founded in 2003 as a direct result of this plan. The same thing happened for Iran. “KCK-Rojhilat” was founded, followed by the political wing Kodar and the armed wing PJAK, which Amir Karimi helped to establish.

When in 2011 the Syrian conflict started, the YPG was founded as PYD’s armed wing. During the first phase of the YPG’s mass mobilization, the militia’s majority consisted of trained PKK fighters that entered Syria through smuggling routes. For a long time, Turkish national Sabri Ok – “the PKK commissar” – remained responsible for the project ‘Rojava’. He left Syria in 2020, as the US pressed for the PKK leadership to leave the country.

“As long as the YPG remains tied to the PKK through its ‘party cadres’, and as long as the latter remains in violent conflict with the Turkish state, fighting in northern Syria is unlikely to end,” a Crisis Group report said. “Today, the group seems cognisant of its inherent vulnerabilities and more inclined to propose arrangements that could stabilise the area.”

A statement by Mazloum Abdi – himself a long-time senior PKK member originating from Syria – read: “Today, we have over two hundred thousand Syrians enrolled in our civil and military institutions, and there is no real need for regional Kurdish support [non-Syrian PKK members]. We have not committed to a timeline for their full withdrawal but the process has already started and will continue.”

And indeed, over the last months, social media accounts of many non-Syrian SDF fighters have disappeared, showing a decrease in non-Syrian military cadres (or simply new policies concerning social media) in an attempt to both please the US and diminish Turkey’s excuses for a new invasion on SDF-held territory.

How deeply entrenched is this ‘shadow government’?

Yet, this decrease in non-Syrian military cadres is quite a deceitful phenomenon, as the activities of PKK cadres in North-East Syria go much further than just military activities, after all the group has been governing the area for nearly seven years.

One of those senior members is Naseh Yousefi, better known by his nom de guerre ‘Ayhan’, from Mariwan, Iran. Yousefi was arrested in 2007 by Iranian authorities in the mountains of Iranian Kurdistan, and served five years for armed activities and PJAK membership. He rejoined the organization after he was released in 2014. Between 2014 and 2017 we can see him interviewing several high-ranking PKK leaders in the Qandil mountains for Sterk TV. After 2017, he was appointed to lead the graphics and montage department of Ronahi TV in Qamishlo. He posts selfies on his facebook account almost weekly.

Yousefi is joined in this mission by Emir Ehmedi, an Iranian-Kurdish news anchor. Like Yousefi, Ehmedi was a PJAK member before being appointed to work at the Ronahi TV studio in Qamishlo.

Another interesting person popping up on social media in Qamishlo is Kaveh Saqzi, from the Kurdish town Saqqez, Iran. Kaveh is currently leading the city’s ‘Martyrs committee’, a committee that provides financial aid to martyrs’ families and provides fighters killed in action with a proper funeral. Yet, if one looks further, one can see that multiple families in Iran have tried to legally persecute Kaveh Saqzi for involvement in the recruitment of minors for PJAK.

These four Iranian Kurds currently active in North-East Syria form just a tip of iceberg. Anyone that cares enough to make an effort can find other Iranian, Iraqi and Turkish PKK members that are still active in Rojava. Yet the four profiles I provide, illustrate the ‘shadow power structure’ that has ultimate decision-making authority in North-East Syria. As in fact, senior PKK members are stationed in every town the SDF holds, where they undermine decision-making by the locals that have been elected to do so as they wish, in order protect the PKK’s goals on the ground. Not only are they active militarily, as often shown before, they are deeply entrenched in ‘Rojava’s societal bodies.