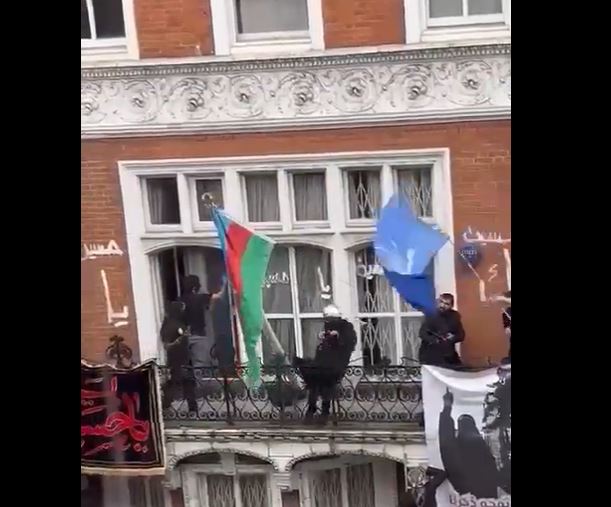 A group of pro-Iran Shiite provocateurs  seized Azerbaijani embassy in London for a short time.  The extremist group was revealed to be The Union of Servants of the Mahdi.  The group is also known  Twelver Shiites. The illegal organization stated that it had been directed by its leader to take urgent action against Aliyev.

But analysts say Azerbaijan has no  contention with Iran.

⚡️Religious radicals seized the Azerbaijani embassy in London. After the intervention of the local police, the violators were taken out of the building and detained. Embassy staff were not injured in the incident, – the Foreign Ministry says. pic.twitter.com/qH2ZzzAC4K