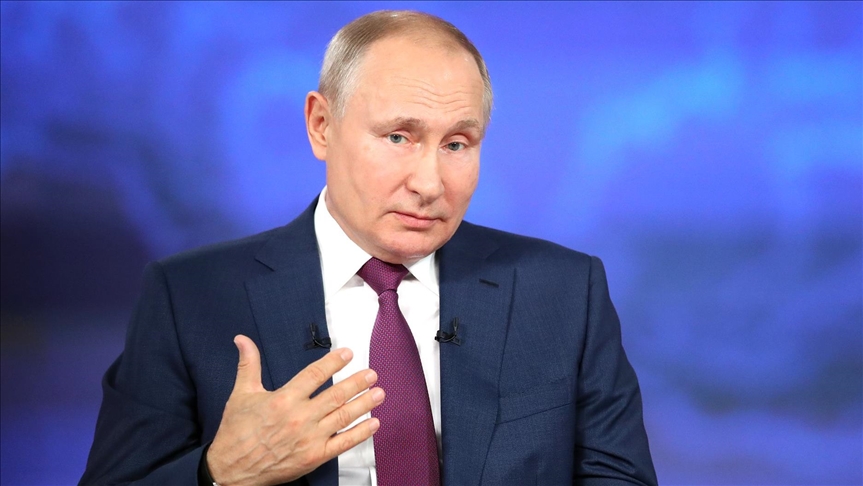 The two separate presidential decrees ordered Russia’s Foreign Ministry to conduct negotiations on the establishment of diplomatic relations with the “people’s republics” and to formalize the agreements with the relevant documents.

The decrees also instructed the ministry to conduct negotiations with the participation of the relevant federal executive bodies on the preparation of a draft treaty of friendship, cooperation and mutual assistance and submit proposals for its signing in the prescribed manner.

It was noted that the decrees in question entered into force on the date they were signed.

Putin announced recognition of the regions in a speech Monday that also attacked Ukraine’s government and the US and accused the West of ignoring Moscow’s core security concerns.

Along with Russia’s military buildup, tensions have recently risen dramatically in eastern Ukraine, with reports of a growing number of cease-fire violations, multiple shelling incidents, and the evacuation of civilians from the pro-Russian separatist regions of Donetsk and Luhansk.

The US and its European allies have said that Russia is setting the stage to invade Ukraine after having amassed over 100,000 troops and heavy equipment in and around its neighbor.

Russia has denied that it is preparing to invade and instead accuses Western countries of undermining its security through NATO’s expansion towards its borders.

In 2014, Moscow began supporting separatist forces in eastern Ukraine against the central government, a policy that it has maintained since then. The conflict has taken more than 13,000 lives, according to the UN.

Turkiye sides with Ukraine
The Kremlin’s goal is not Ukraine, they want the world to be scared