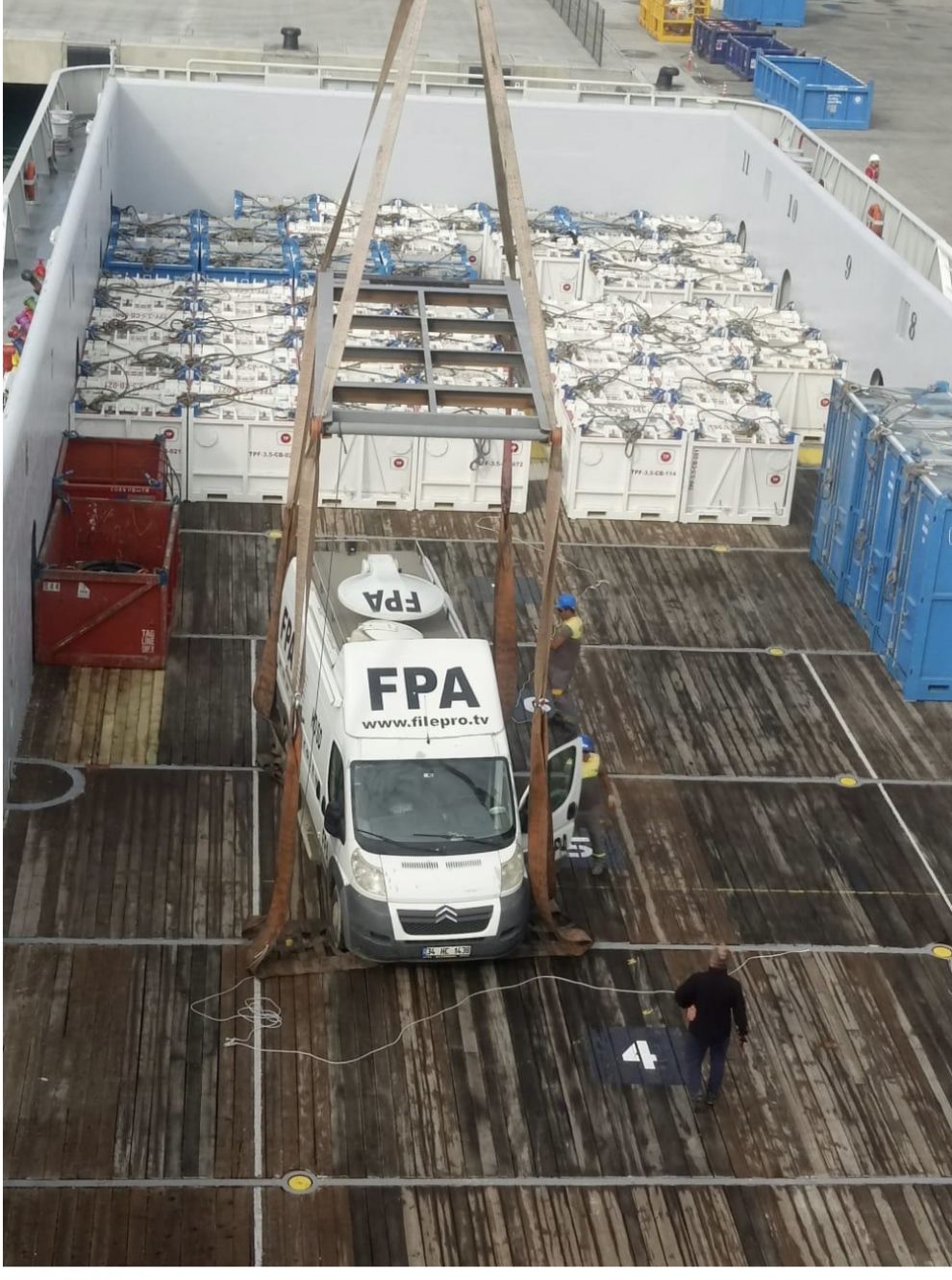 Turkish media released a single picture showing a satellite news gathering truck being transferred to Fatih 1 drilling ship that has reportedly discovered a large hydrocarbon resource in the Black Sea. An SNG truck being sent to the drilling ship indicated that president Recep Tayyip Erdogan could be making his announcement of gas finds on board of Fatih 1.

Turkish president Erdogan has said he will make an important announcement on Friday. Several international outlets reported that Turkey discovered natural resource in the Black Sea. However, there have not been any official confirmation on reports of large gas discoveries. A recent photograph released by the Turkish media could be the single most substantial proof that Erdogan’s announcement is indeed about the energy explorations in the Black Sea.

Energy-stricken Turkey has been battling a large current account deficit fir decades caused by energy imports which annually cost Turkey around 50 billion dollars a year. Large hydrocarbon discoveries would dramatically turn the Turkish economy into a trade-surplus country over the years.

An inside source informed Straturka earlier that Turkey would be looking at an investment between 10-30 billion dollars to extract natural sources in the Black Sea and it would take at least five years to monetize the investment.