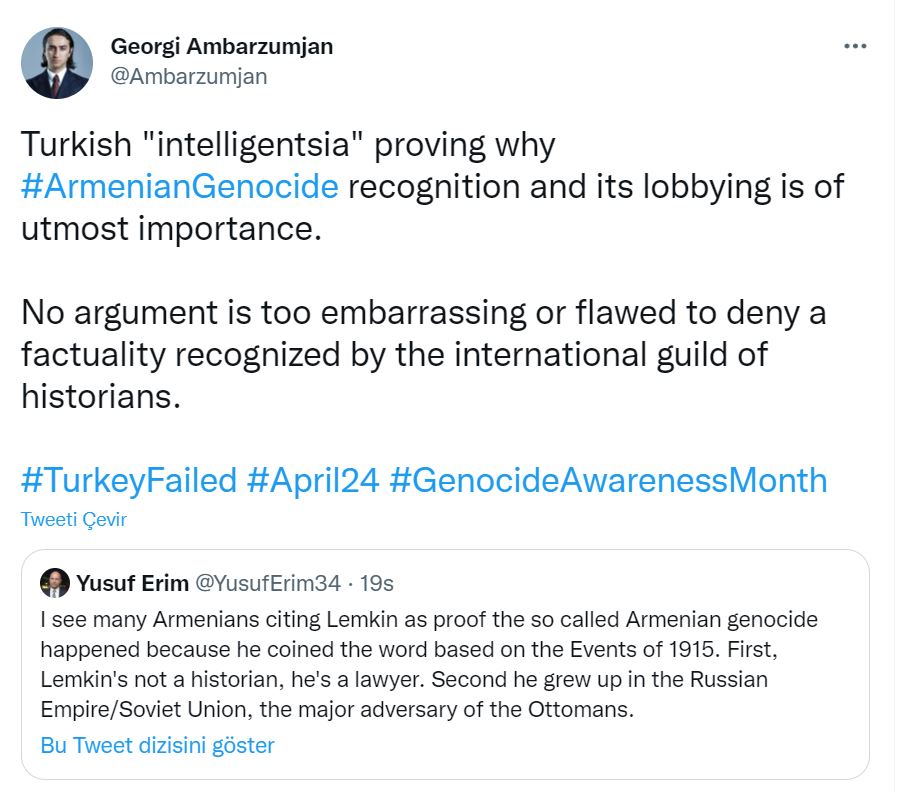 Armenian “intelligentsia” proving why further research and discussion is needed on #EventsOf1915. As you can see he is only interested in lobbying and considers counter arguments embarrassing.

Turkish "intelligentsia" proving why #ArmenianGenocide recognition and its lobbying is of utmost importance.

No argument is too embarrassing or flawed to deny a factuality recognized by the international guild of historians.#TurkeyFailed #April24 #GenocideAwarenessMonth https://t.co/Qys4kXXQQt

When asked to discuss 1915, many Armenians will agree, but when you present counter claims:

1) you are labeled a denier, as if the so-called genocide is an established fact. The opposite side isn’t really interested in discussing or talking with you but rather at you.

3) Turks, Kurds and Jews died because of “war” and poor conditions. Armenians lived in a bubble and were not subject to that war or poor conditions, they were “killed”.

4) The atrocities committed by the Dashnaks, Hunchaks, ARF, the Russian support they received to divide the Empire isn’t considered treason or terrorism by Armenians it’s “freedom fighting”, Nemesis and ASALA assasins and terrorists are hailed as heroes.

5) “The World recognizes the Armenian genocide”. 33 of 195 countries recognize the so-called genocide. 2 of them are Armenia and Russia. 2 of them are Hafter’s eastern Libya and Assad. In reality about 15% of the world calls the events of 1915 a genocide, while 85% doesn’t.