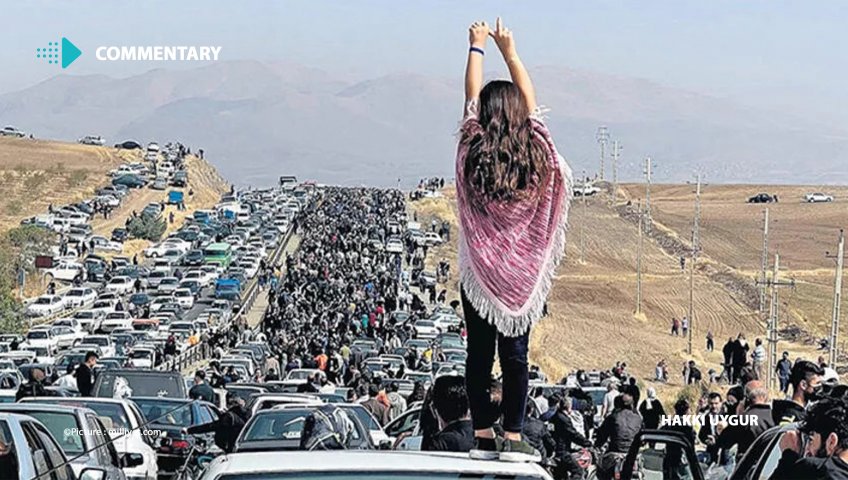 Despite the ups and downs, the social protests still continue in Iran three months after the death of 22-year-old Mahsa Amini, who was detained on September 13 and died on September 16. The demonstrations, which started as a reaction to the compulsory hijab in the beginning, soon turned into protests in which Sunni groups, especially Kurds and Balochs, have come to the fore, and many people lost their lives in these protests in regions far from the center. While the official figures suggest that the death toll is around 300, including 70 people from security forces, human rights organizations abroad claim that at least 500 people passed away. The international Persian media and opposition activists have come forward in the process whereas the reformist segment in the country has largely remained silent, and different political groups instrumentalized the events as a power-sharing ground in the political scene, especially for the period after Supreme Leader Ali Khamenei. Nevertheless, the demonstrations that spread across the country in the form of large and small protests have entered their third month, and the state’s unwillingness/failure to adopt the traditional iron fist approach raises questions for observers. The tension in Iran’s relations with Iraqi Kurdistan and the Republic of Azerbaijan in the same period also reveals the transitivity and interaction between domestic and foreign policies.

During the last century, Iran has witnessed many social movements that can be traced back to the Constitutional Movement in 1906, and the biggest of these movements is undoubtedly the Islamic Revolution that took place in 1979 under the leadership of Ayatollah Khomeini. However, this revolution did not completely stop the mobility of social fault lines in Iran, and the objections to the current regime have increased in line with the acceleration of sociological transformations. As seen in 1999, 2009, and 2018-19, in a country where democratic mechanisms do not exist or are not operational, closing a newspaper, alleged fraud in the elections, or hikes in the oil prices can make tens of thousands of people to take the streets at once, and sometimes, death rates in these demonstrations can be significantly high. Although the last movement has been mainly the protests led by the urban and educated segments of society, different dynamics from the women’s rights or freedom movements have come into play in the regions that have been trying to distance themselves from the center for the last century. Furthermore, organized and even armed opponents of the Islamic Republic have taken the opportunity and tried to take the lead in the protests intensely since the beginning of the demonstrations.

Considering that the demands for social and political freedom have been the most important political agenda item in the country along with the economic difficulties for the last thirty years, it has become clear with the latest demonstrations that the administration will not be able to preserve the current political sphere that has been fluctuating but constantly restricted since 9/11, especially due to the tension with the USA. Although the number of protestors on the streets has remained very low compared to the general population, numerous pieces of research conducted within the country show that the overwhelming majority of the nation has similar demands with the protestors and does not approve of practices such as the compulsory hijab. As revealed by the documents belonging to Fars News Agency, which is stated to be seized by the Black Reward Hacker Group, a significant part of the state officials shares similar thoughts. That is why these relatively weak demonstrations have lasted so long, and there has been no effective counter-step despite all the instructions of the country’s leader Ayatollah Khamenei. Moreover, the reaction to the current order of intra-system balances, which started to deteriorate more rapidly after Hassan Rouhani, has been increasing even within the clergy. It is an important indicator that the administration did not receive the support it expected from Qom, even during the attacks on Shiite shrines during the last demonstrations.

The chronic bad indicators in the Iranian economy, which has been subject to heavy sanctions even if they have been lifted for short periods since the Obama era, have worsened due to the global epidemic, while the Tehran administration has experienced high-level tensions with important regional countries such as Israel and Saudi Arabia. More recently, Iran also engaged in military build-ups and conducted drills on its borders after its current tensions with Baku and Erbil. It is still unclear when the Nuclear Deal, which is on hold with the US administration, will be signed, and this situation paves the way for increasing hopelessness and pessimism in the country. According to the reports, there has been a significant boost in immigration to other countries, especially after the global epidemic. As seen once again in the student day events on December 7, which had a low participation rate, the influence and mobilization power of organizations and groups, who live abroad and have significant funds, is extremely limited in the country. So, if there is to be a real change in Iran, however difficult it may be, it will be possible through the reconciliation of different wings within the system. Also, it will not be surprising that the first steps of the structural changes in the post-Khamenei era, which has been a subject of discussion for a long time, will be taken in the upcoming period. Iran’s evolution to a rational and conciliatory stance in its domestic and foreign policies, along with domestic reconciliation with broad participation, will not only alleviate political, cultural, and ethnic discriminations and increase the sociological legitimacy of the administration, but also change the country’s ideological/conflicting approaches to its neighbors.