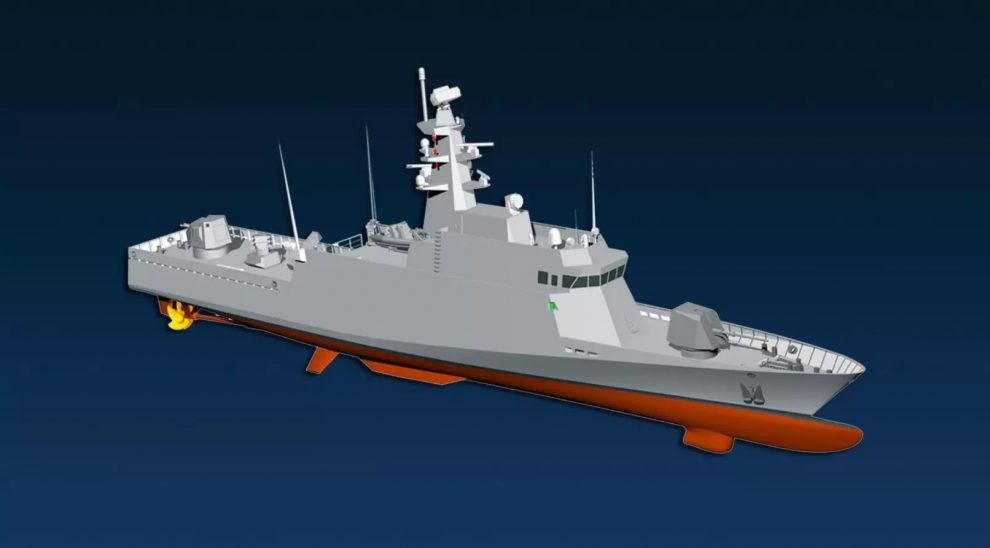 By Stijn Mitzer and Joost Oliemans
These days Turkish-designed naval vessels ships operate with navies all around the globe as Turkey is rapidly on the way towards attaining near self-sufficiency in the naval sector. As part of this ambitious strive, Turkish shipyards have an ever expanding portfolio of naval ships on offer. When in 2013 Turkey launched a tender for a new class of fast attack craft (FAC) to replace the ones currently in Turkish Navy service, it could make a selection out of close to 30 domestic designs, showing that the scope of the country’s naval design craze can hardly be overstated. [1] [2]
Currently offering anything from indigenously-designed landing helicopter docks (LHDs), frigates and even midget submarines to clients home and abroad, it is not unthinkable that Turkey could soon become one of the world’s largest exporter of naval vessels. This remarkable feat is in no small part thanks to a government that intends on localising nearly all of its defence needs, which will soon also mean that Turkish shipyards no longer have to rely on foreign-made weaponry when offering their ships for export. In contrast, some twenty years ago Turkey was still largely reliant on foreign designs for the needs of its own navy, with one day exporting ships still a distant pipe dream.
After earlier exporting naval ships to Pakistan, Qatar, the UAE, India, Turkmenistan, Georgia, Nigeria, Egypt and Ukraine, Turkey now appears on track towards tapping into new markets in Southeast Asia. In an interview with SavunmaTR, the Indonesian ambassador to Turkey Dr. Lalu Muhammad Iqbal revealed that negotations had begun on the procurement of warships from Turkey, stating that there will be ”serious increases in cooperation with Turkey on naval systems” and that ”we need to do more to improve the defense industry relationship […] That’s why some talks started about the possibility of Indonesia to procure a warship from Turkey.” [3]

The first Turkish naval design Indonesia has shown interest in is the KPC 65 (Large Patrol Craft – 65 metres) by TAIS Shipyards. [4] Do not be put off by its designation as a patrol craft, as the 65-metres long vessel packs a serious punch. This comes in the form of a 76mm gun, a dual 35mm gun turret, two 12.7mm STAMP remote weapon stations (RWS), a Roketsan ASW rocket launcher and eight ATMACA anti-ship missiles (AShMs). Of course, this weaponry can be changed depending on the customer’s requirements, with Indonesia likely replacing the ATMACAs with Exocets.

One weapon system that will likely be retained however is the Roketsan ASW rocket launcher. The Indonesian Navy continues to operate fourteen Kapitan Pattimura class (Parchim class) in the anti-submarine warfare (ASW) role out of sixteen purchased from Germany in 1992. The German Navy had inherited these vessels from the East German Volksmarine upon reunification of the both Germanies in 1991, but had little need to operate the ships after the end of the Cold War. While greatly strengthening the patrol and ASW capabilities of the Indonesian Navy at the time, the sonar and weapon systems of the class are meanwhile oudated and in need of replacement: Meet the KPC 65.
Indonesia is believed to be interested in an initial acquisition of two KPC 65s for its Navy. [4] Ambassador Dr. Lalu Muhammad Iqbal stated that ”we will go further in the defense industry and we will see significant increases in our cooperation, especially in the field of naval systems […] and also the development, joint design between the two countries.” [3] Whether this means if the KPC 65s will undergo design changes based on Indonesian requirements and will be produced at a shipyard in Indonesia is as of yet unknown, although the latter certainly seems plausible.

The Indonesian Navy (TNI-AL) currently operates a vast fleet of some twenty fast attack craft. Most of these FACs are lightly armed even for fast attack craft standards, with the most numerous FAC class (Clurit class) carrying just two AShMs each. The most capable of Indonesia’s FACs is the Sampari class (also known as KCR 60M), which comes equipped with four Chinese-designed C-705 AShMs, a 40mm or 57mm main gun, a Chinese 30mm NG-18 close-in weapons system (CIWS) and two 20mm guns for close-in defence against sea and air targets.

Five KCR 60Ms have so far been launched out of a total of eighteen ships in multiple batches that are currently planned. [5] Each batch is set to feature several improvements over their predecessors. Although it was initially planned to arm each ship with a Bofors 57 mm Mk.3 main gun, budgetary contraints meant that the first two ships were armed with a 40mm Bofors gun instead. These have recently replaced by Russian 57mm AU-220M remote weapon station (RWS) while future batches will be fitted with the Bofors 57mm Mk.3 as originally envisaged. [6]
In addition to the KPC 65, TAIS Shipyards offers a wide range of vessels that include Turkey’s first indigenous LHD design, several FAC, OPV, corvette and frigate designs, landing ships and replenishment ships. The TAIS consortium includes Anadolu Shipyard (which is currently constructing the TCG Anadolu LHD), Istanbul Shipyard, Sedef Shipyard, Sefine Shipyard and Selah Shipyard. After constructing several large landing craft and the Bayraktar-class tank landing ship for the Turkish Navy, TAIS also found export success with the construction of five replenishment ships for India and two cadet training ships and three landing craft for Qatar. TAIS’ full portifolio can be viewed here.

Is TAIS Shipyards able to break into the Indonesian market with its KPC 65 patrol craft design, this could very well lead to deepened defence cooperation between Turkey and Indonesia. Both countries are currently collaborating on the Modern Medium Weight Tank (MMWT) tank project, and Indonesia has also voiced its interest in the acquisition of Turkish UCAVs. [3] In 2021 Indonesia outlined a plan to invest USD125 billion into modernising its military. [7] The plan prioritises sourcing equipment from the local defence industry and securing technology transfers from abroad. The KPC 65 fits in this plan as well, with perhaps a first batch constructed in Turkey and the rest in Indonesia (as seen with the MMWT project). Future cooperation could go beyond the defence industry. Turkey’s high tech industry also enables the country to participate in some of the infrastructure projects Indonesia is currently pursuing.

Despite currency woes, Turkey may be right to cut interest rates
How to interpret Erdoğan’s political leadership