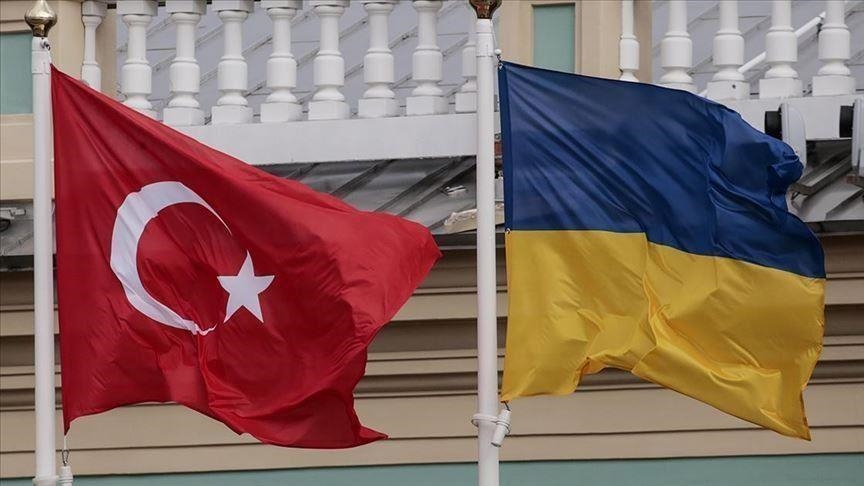 Turkey and Ukraine on Saturday vowed to strengthen their strategic partnership.

Ankara and Kyiv decided to “intensify joint efforts to deepen cooperation and coordination between the parties in the fields of economy, trade, tourism, security, defense industry, science, education and youth,” said a 20-item joint declaration following the 9th meeting of the High-Level Strategic Council.

The two countries will “continue cooperation in the format of ‘Quadriga” (2 + 2) at the level of ministers and coordinators,” the declaration added.

They reaffirmed “unconditional support for the territorial integrity and sovereignty of Ukraine within its internationally recognized borders,” it said.

The two sides also agreed “to continue to coordinate steps aimed at restoring the territorial integrity of Ukraine within its internationally recognized borders, in particular the deoccupation of the Autonomous Republic of Crimea and the city of Sevastopol, as well as the territories in the Donetsk and Luhansk regions.”

In this context, the two countries decided, to “continue to support multilateral efforts within international organizations, including the United Nations, the Council of Europe, and the OSCE,” the statement added.

According to the declaration, they agreed to “support the establishment of the Crimean Platform as a new format for resolving the issue of illegal and illegitimate annexation of Crimea by the Russian Federation.”

Turkey and Ukraine will “strengthen joint efforts to improve the living conditions of Ukrainian citizens, in particular Crimean Tatars, who have been forced to leave their homeland, Crimea, as a result of the temporary occupation,” it added.

According to the statement, the two countries will coordinate “efforts in accordance with international law to ensure the protection of human rights in the temporarily occupied Autonomous Republic of Crimea and the city of Sevastopol and the release of all illegally detained citizens of Ukraine, including Crimean Tatars.”

Ankara and Kyiv decided to “support the peaceful settlement of the situation in certain districts of the Donetsk and Luhansk regions of Ukraine through dialogue based on the Minsk agreements, to note the work of the OSCE Special Monitoring Mission and to continue to provide maximum support for its activities.”

The statement added that they also agreed to “strengthen cooperation and joint efforts in the fight against terrorism, separatism and extremism in all their forms and manifestations,” and “to take joint action to prevent and eliminate transnational organized crime, cybercrime, illegal migration, trafficking of drugs and precursors, arms and human beings,” as well as “to provide prompt processing of extradition requests.”

Turkey and Ukraine also reaffirmed “commitment to further strengthening of cooperation in the defense industry by completing current and developing new joint projects,” the statement added.

The two also “express support for the prospect of Ukraine’s NATO membership, in particular its intention to obtain a Membership Action Plan in the near future, and to note the desire to promote interoperability of the Armed Forces of Ukraine with the armed forces of Allies.”

The joint declaration also reaffirms “support for regional cooperation in the Black Sea region to ensure stability and security through bilateral and multilateral mechanisms, including NATO.”

It called for accelerating “work to conclude negotiations on a Free Trade Agreement in a spirit of mutual understanding and constructivism,” and “to take the necessary measures to eliminate the problems of investors and companies on each side and encourage new investment,” plus “to ensure further improvement of border control in order to simplify entry procedures and improve travel opportunities for citizens of the two countries and encourage mutual tourism.”

The two countries decided to “support the educational activities of the Turkish Maarif Foundation in Ukraine.”

They also reaffirmed “commitment to cooperation and coordination of efforts in order to contain the COVID-19 pandemic and overcome its social and economic consequences,” the declaration added.