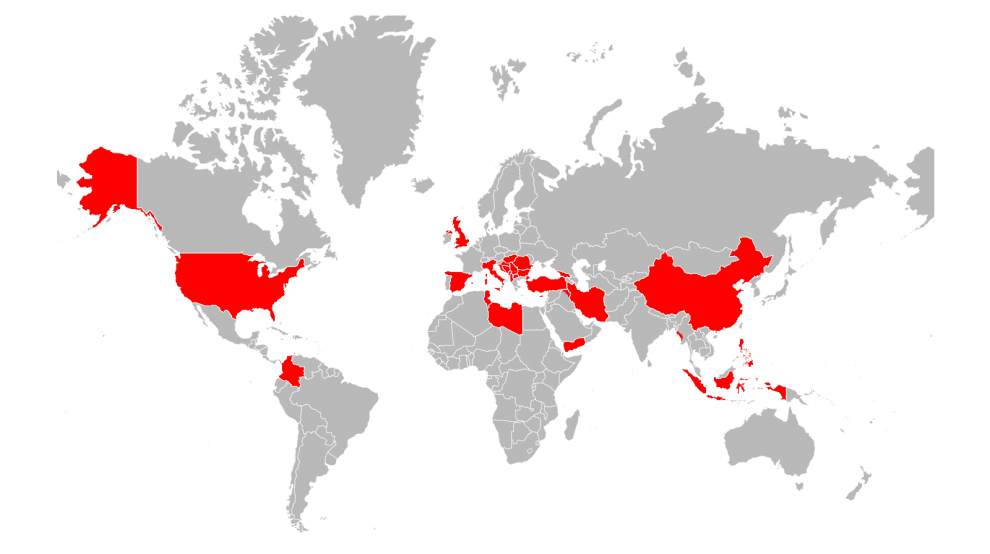 Turkey has come to the aid of several nations without letting politics and previous mistreatment get in the way of their goodwill.

Although Turkey, like the rest of the world, is facing its own problems with the coronavirus pandemic, that has not stopped it from mustering the effort to send vital medical aid to dozens of countries around the world.

Some of the most hard-hit countries, including Italy and Spain, have been recipients of Turkish aid, as have countries ranging from the economically advanced like the United States and the United Kingdom to developing countries such as Iran and Somalia.

However, while Turkey’s relief efforts have been global in outlook, it is ironically European powers who have been the primary beneficiaries of Turkish magnanimity despite decades of hostility towards Ankara.

It is of little surprise that Turkey has been able to marshal its resources and impose effective measures in containing the coronavirus.

For a start, Turkey has been host to millions of refugees from Syria alone for the better part of a decade and has managed to handle a crisis that would have brought many other economies, including in the West, to their knees.

Turkey also has a long-standing history of disaster management, with cities such as Istanbul in the West and Van in the east suffering repeated earthquakes that have shattered homes and lives repeatedly.

From an industrial point of view, Turkey also has a thriving technology and manufacturing sector, with Turkish defence and major appliances giants teaming up to produce the country’s first domestically manufactured ventilators.

Around 250 of these ventilators have now been completed, with the industrial conglomerate promising 5,000 units by the end of May at the cost of $6,500 per unit as opposed to almost $20,000 per unit for imported devices.

With such a solid humanitarian and industrial foundation from which it can effectively combat the deadly disease, it is unsurprising that Turkey can take the initiative in providing aid abroad. It may be surprising that Turkey is so willing to do this at all, considering how much negativity and hostility had been directed its way from many of those powers it is now so open-handed with.

It is no secret that Turkey has long harboured ambitions to join the European Union, having made an application to accede to the EU’s predecessor, the European Economic Community, in 1987.

Since then, Turkey has faced hurdle after hurdle despite bending over backwards to facilitate the demands placed on it by EU leaders. Nevertheless, and even though it has an established secularist tradition with close to a century of westernisation efforts, “Muslim” Turkey’s accession has always been resisted by “Christian” Europe.

The racism and discrimination do not end there. During the seemingly never-ending Brexit debate, one of the key advocates for the UK’s exit from the EU, Boris Johnson, began actively fear-mongering that 80 million Turks would be on their way to migrate to Britain if Brexit did not happen. He also ramped up fears of a mass refugee influx to Britain by claiming Turkish President Recep Tayyip Erdogan had his “hand on the tap” and could send Syrians and other refugees to the UK.

That man is now the prime minister and was himself stricken by the coronavirus where his country’s National Health Service has been feeling significant strain and is currently being sent several relief packages from Turkey.

Even in terms of Turkey’s vital interests, Ankara has repeatedly been snubbed by its “friends” and “allies” in favour of Marxist terrorist organisations.

Western powers, led by the United States, made no secret of the fact they were supplying arms to the (YPG), a group so intimately tied to the PKK terrorist organisation that it is impossible to know where one begins and the other ends.

While the PKK is considered a terrorist group by Turkey and most of its NATO allies, the YPG was conveniently compartmentalised away from the PKK in the eyes of Western lawmakers so they could use YPG terrorists against Daesh terrorists in Syria. This was no honest mistake, as now-retired US General Raymond Thomas himself admitted the YPG was simply a rebrand of the PKK.

Much of the anti-Turkish hostility outlined above is very recent and showed a complete disregard for Turkey’s legitimate interests in terms of security for its borders and citizens. Turkey has consistently been mistreated by those it is now sending significant quantities of aid to.

Sadly, and considering the pragmatic and cynical way global politics often works, it is unlikely that this hostility towards Turkey will change.

Although Ankara has once again demonstrated that it is both good and beneficial to have Turkey as a friend and ally, the track record of these countries and their political leadership shows that Turkey should not believe their humanitarian efforts to fight off the most significant global public health crisis faced in living memory will bank them any goodwill.

It is entirely fair to say that Turkey has often been unable to advance its point of view to an international audience. Turkey is now developing its soft power, but when compared to small but resource-rich nations like Qatar – who wields the media giant Al Jazeera Network and an array of smaller boutique outlets as an effective lever of power – Ankara is still in the process of developing and advancing this capability.

With the impending global economic crisis that may exceed the Great Depression in its damage, Turkey could do worse than to invest in maximising its media and lobbying potential to better channel its perspective into influential capitals around the world.

It would be enormously beneficial for Turkey to enhance its image as a friend to populations around the world, and not only their political leadership, as it could then find itself enjoying the support of the public in pressuring their governments to treat Turkey as it deserves – as a friend to cherish and support, not an adversary to be undermined and attacked at every turn.

Tallha Abdulrazaq is an award-winning academic and writer, with a specialism in Middle Eastern strategic and security affairs.

Norway and Finland Witness Almost as much Coronavirus Infection as Sweden Despite Complete Opposite Approach
Can Covid diplomacy strengthen Turkey-Italy relations?