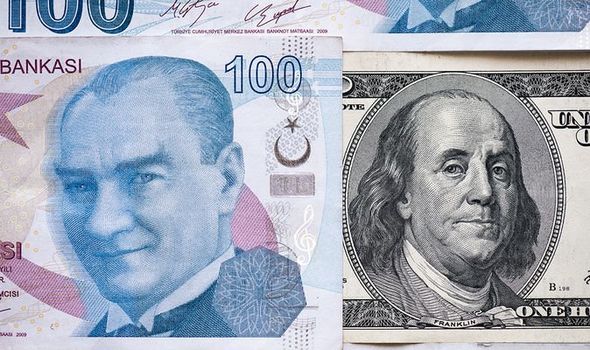 Turkish government pumped almost $40 billion into the market to revive econommy during the early months of coronavirus pandemic. While the government expected production and consumption figures to rise, the result has been counter-productive. Finance Ministry particularly expected construction and automotive sectors to boom but it did not happen.

According to Türkiye newspaper, consumer loans increased by 57% in 2020 but most of them were invested in US Dollar and Gold. At the beginning of 2020, banks had $ 223 billion in foreign currency deposits. As of the end of October, this figure reached $247 billion. The dollar, which completed January at 6 TL, made its last closing at 8.32 TL.

In addition, gold imports, which were $7.3 billion in eight months of last year, exceeded $16 billion in the same period of this year. As of the end of August, local residents had about 470 tons of gold in banks. This figure was around 250 tons at the beginning of the year. Foreign currency came out to import these gold.

Analysts urge Turkish government to take immediate actions. According to journalist İbrahim Karataş, the government must not give loans as money. Instead, he offers the model of Islamic banks, which release loans in return for an invoice. In this model, loans are transferred to the account of seller rather than buyer. He also proposes government not to allow local residents to trade foreign currencies unless they are in export-import business. Karataş adds that “Since sudden rises in US Dollar hurt Turkish economy, the trade of American currency must be seen as a security problem and should not be left to players in the market”.

The Qatar World Cup: Dreaming of Bridging the Gulf Rift
The Battle for the Soul of Islam