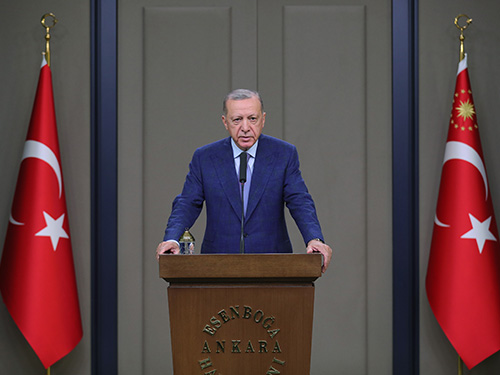 “We discovered 150 million barrels of net oil reserves in Gabar Mountain. It is one of the top 10 onshore discoveries in 2022. The reserve value is approximately 12 billion dollars,” Erdogan said after the Cabinet meeting in the capital Ankara.

“We produce 5,000 barrels (of oil) per day in four wells in this region, which has a very high oil quality,” he added.

Erdogan said the daily production of the Turkish Petroleum Corporation, which was around 40,000 barrels five years ago, has increased to 65,000 barrels today.

Ankara aims to increase its daily production to 100,000 barrels in the centennial of the Republic of Türkiye, with more seismic research, more drilling, and productivity-enhancing methods, he added.

“While many oil and natural gas companies were throwing in the towel during the pandemic, Turkish Petroleum accelerated its exploration and production activities. With 34 more discoveries in 2021 alone, we added another 71 million barrels to our current reserve,” Erdogan said.