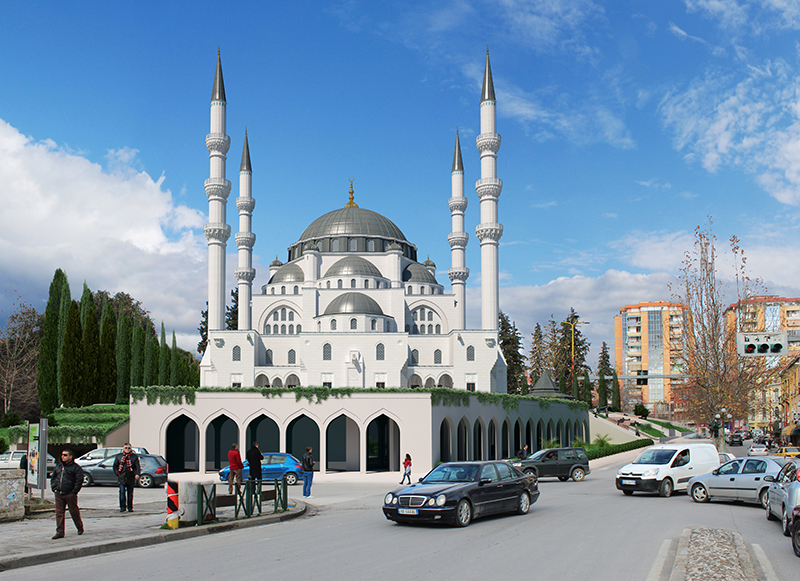 What is Turkey doing in the Balkans, where the Ottoman Empire once ruled? How was a bridge rebuilt with a region that Ankara had neglected for years? Could Turkey really win the hearts and minds of the Balkan peoples?

I could write pages and pages to reply to such questions. In fact, there are many theses and articles written on the topic by several esteemed academics. But as a journalist, I will save words and answer them in one frame. In my opinion, the pair of watery eyes in the photo used for this column is proof of the positive outcome of yearslong efforts and shuttle diplomacy.

President Recep Tayyip Erdoğan visited Albania with a large delegation at the beginning of the week. It goes without saying how warmly he was received by the authorities, especially Albanian Prime Minister Edi Rama. Speaking of bilateral agreements and investments, Erdoğan made two very symbolic openings. One was the manifestation of the hand Turkey has extended to the oppressed all over the world: the inauguration of the residences built by Turkey for the victims of the 2019 earthquake in Albania. The second was the manifestation of how zealously Turkey has pursued the patronage of the derelict Islamic world: the inauguration of the Ottoman-era Ethem Bey Mosque in the capital Tirana.

Many people flocked to the opening ceremony holding Turkish and Albanian flags. The aforementioned photo, which would pierce the heart of anyone who protects their cultural heritage, was taken at that very ceremony. It was the moment in the ceremony when the camera turned toward the crowd and captured the elderly Albanian man’s tears. Looking at Erdoğan with eyes full of gratitude and tears, he raised his hand and sent heartfelt greetings.

Communist era and the mosque

For those who don’t know, let me explain the reason for the tears in his eyes. During the Communist regime in Albania, many Muslim clerics were imprisoned on charges of “religious propaganda.” Most of the holy mosques were locked and some were destroyed. Unfortunately, the Ethem Bey Mosque suffered its share from this persecution and was closed during the Communist era (1946-1985), though it was reopened for worship in 1991 after the collapse of the Soviet Union.

In order to preserve the mosque and pass it on to future generations, the Turkish Cooperation and Coordination Agency (TIKA) initiated its restoration in 2018 with Erdoğan’s instructions, and it was completed last year.

Erdoğan’s words at the ceremony also explain that a Turkish trace has been left in the Balkans that will be remembered for generations. “The Ethem Bey Mosque, the common cultural heritage of Turkey and Albania, is the jewel of Tirana. The mosque, which was meticulously built by Evlad-ı Fatihan (a term used for the Balkan Turks) is regaining its former glory today.”

The wind and the carpet

Erdoğan is one of the only leaders who can have contact with every political actor in this land of heritage that has been torn apart by blood, war and genocide. For this reason, Turkish diplomacy is also the hope of the Balkan peoples. The biggest proof of this is that Serbian President Aleksandar Vucic met with Erdoğan in Ankara the day after his visit to Albania. It is useful to underline an interesting anecdote from these contacts, when Erdoğan stepped in to overcome the crisis in Bosnia and Herzegovina.

During the welcoming ceremony for Vucic at the Presidential Complex, the protocol carpets got caught in a gust of wind. Turkish authorities immediately rushed to fix the carpets and preserve Turkey’s protocol image, which apparently made an important impression on Vucic.

During his bilateral meeting with Erdoğan, he explained how he was affected by the event, saying “I have not seen it in any other country. When the wind lifted the carpets, I saw that the cameraman and photographer worked together to fix them without waiting for anyone. It shows their love for their state and for you.”

In my opinion, it seems that every step Turkey takes creates a warm and inclusive wind in the Balkans.