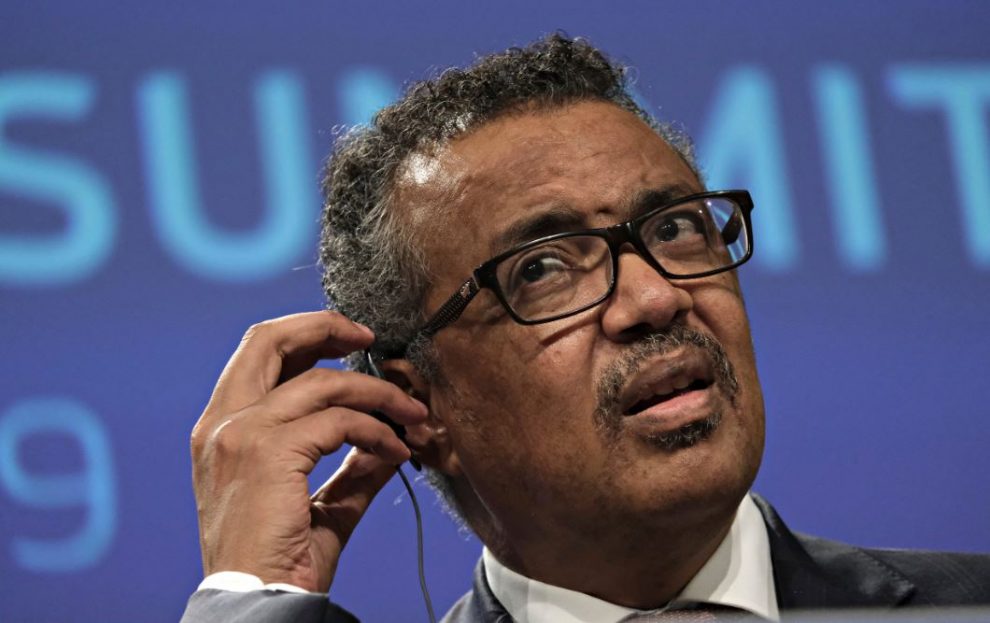 A VIDEO making the rounds on social media on Thursday, August 4, apparently implies that Dr Tedros Ghebreyesus, who was recently re-elected for a second term as WHO Director-General, has not received his first Covid vaccination, euroweeklynews.com reported.

The video with the caption: “Tedros not jabbed? Well, who’d have thought?” has received over 300 retweets on Twitter and led to hundreds of comments.

In the unverified video, Dr Tedros is asked by a reporter about his own vaccination status.

“You got your first shot… when?” the reporter asks.

“You know, still I feel like I know where I belong,” Tedros answers.

He adds: “In a poor country called Ethiopia, in a poor continent called Africa.

“And wanted to wait until Africa and other countries and other regions can slowly start vaccinations.”

He concludes: “So I was protesting, in other words, because we are failing.”

The video does not indicate whether the WHO Director-General was asked about the Covid vaccination or when the video was made but many people online were quick to jump on the video.

One person said: “If there was genuinely a deadly virus and these jabs were genuine safe vaccines to combat it then Tedros, Schwab, Fauci and their ilk would have kicked everyone else out of the way to be first in the queue for them!”.

However, Tedros had shared a photo in one of his former tweets illustrating he was vaccinated.