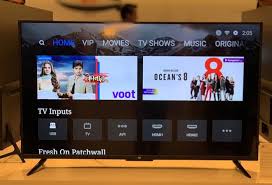 Chinese tech major Xiaomi’s Turkey deputy head said on Tuesday that the company is mulling opportunities for TV production while the company prepares to inaugurate its smart phone plant in Istanbul.

“Our main focus is smart phones but meanwhile we have been conducting studies for the production of our other products. We have especially been working on TV production opportunities,” said the deputy head of Xiaomi Turkey, Irfan Ozturk on Bloomberg’s Turkey affiliation

The Chinese giant has just invested $30 million for a smart phone plant in Istanbul and plans to produce 5 million smart phones annually while employing up to 2 thousand people. Xiaomi aims to meet the domestic Turkish demand at first but later would be producing for export at the Istanbul plant.

The Chinese tech company eyes to enter the competitive TV market in Turkey as well. According to Ozturk, Xiaomi would enter the market as soon as it considers production with competitive price is possible.

The smart TV market in Turkey is mostly driven by global brands such as Sony, Samsun and LG while local brands like Vestel and Arcelik are also big players.