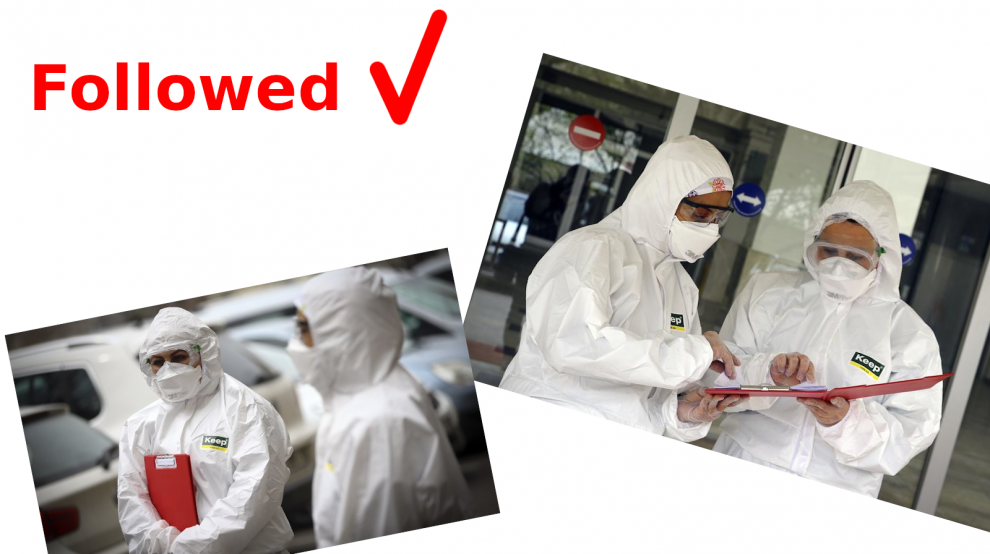 Turkey has started easing of coronavirus restrictions as of April 11th. Once projected as the “next Italy” by several western media outlets as well as relentless domestic opposition, Turkish government’s unique successful methods fought off the fatal virus achieving one of the lowest death rate while keeping essential businesses running. There are five major reasons which ramped up Turkey’s success in its coronavirus fight.

Covid-19 death rate has been specifically high among elderly. Most countries witnessed thousands of deaths in senior citizens homes through out Europe. There have been reports on several countries that the elderly people would be denied coronavirus treatment to spare limited resources for younger people. Turkish government, on the other hand, aimed to protect the elderly by keeping them home. Ankara has announced curfew for people 65 years and older on March 21th. Also, a few days later, those under 20 years old have also been banned from going outside. Younger people spread the virus the most because they mostly show no symptoms. By selective curfew policy, Turkish government kept the most vulnerable elderly away from the streets while forcing “super infectors” to stay home to stem the spread. And it was a success.

•FILIATION
Turkey deployed more than 6 thousand virus tracing teams through out the country at an early stage to detect each and everyone whom may have come in close contact to people with coronavirus infection and that was one of the main reasons how Turkey achieved to hit the plateau only after six weeks from the first case. As of April 28th, Turkey’s famous contact tracers identified around half a million people who have been in contact with coronavirus patient. And officials regularly monitored those people after tests being conducted for late symptoms and to make sure 14-day quarantine rule was being adhered.

Turkey’s unique treatment methods have been recognized by several media outlets including CNN. Turkey has chosen a unique path in treatment of coronavirus patients. Turkish hospitals preferred to delay intubation by using high frequency oxygen for a longer period of time, which apparently yielded better results.
And Turkey uses the malaria drug hydroxychloroquine and favipiravir, a Japanese antiviral, much earlier than other countries in the onset of Covid-19. By this treatment choice, Turkish government achieved one of the lowest coronavirus death rate among the major effected countries with just above 2,5 percent.

Medical schools capacity in Turkey increased more than 4 fold since Erdogan’s Ak Party came to power in late 2002. AKP governments has also invested in health sector infrastructure heavily which was hailed as the greatest achievements of Ak Party. In the recent years, Turkey also started building large city hospitals with private partnership. The investments have been highly criticized by the relentless Turkish opposition for being too costly and unnecessary. “There are no patients, how would you fill those gigantic hospitals,” said the head of the main opposition Kemal Kilicdaroglu right before the coronavirus pandemic hit the world. But the unprecedented health crisis proved the government right in its health sector investments. Turkey now have more intensive care unit capacity than any other country among OECD. Turkish hospitals did not even reach 70 percent capacity even during the peak of the pandemic. President Erdogan will launch the second phase of a large Istanbul hospital in the upcoming days while several more are under construction. Turkish government is also building two more large hospitals on each continental side of Istanbul which will focus on global health tourism after the pandemic, Erdogan said.