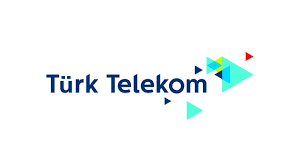 In accordance with the negotiations announced in the statement dated on December 17th, 2021, purchase price for this transaction has been agreed as USD 1.65 billion. Additionally, corresponding to LYY’s 55% shares, an amount out of the dividends to be distributed by the General Assembly of Türk Telekom based on the audited consolidated financial statements of 2021 will be paid to LYY.

In a statement on the subject, Arda Ermut, CEO and Member of the Board of Directors of TWF stated: “As TWF we focus on creating value in line with our mission as an asset-based development fund. Our primary goals include maximizing the value of our assets and supporting the emergence of regional and global leading companies from Türkiye. Türk Telekom is such a company that aligns with our strategies and objectives with its potential and brand value. In this regard, we have signed a SPA to acquire 55% of the total capital of Türk Telekom, a brand not only renowned in Türkiye but also globally.”

Stating that they follow the telecom sector very closely both in Türkiye and around the world, Ermut said, “We are stepping into a new era that technological development and transformation will progress much faster and more robust. As TWF, we aspire to add additional value to the telecommunication sector by contributing to the digitalization process while further strengthening our country’s technological infrastructure.”

Closing is subject to the fulfilment of the condition precedents in the SPA including approval of relevant regulatory authorities.

Pakistan has both Akıncı and TB2 UAVS, video discloses
How is Russian economy performing?