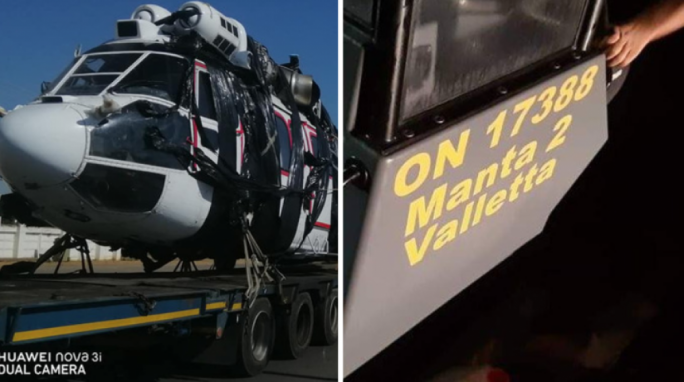 A UAE-led clandestine operation involving at least 8 countries and several secretive companies to act against Turkey’s shipments to Libya has been unveiled to the UN Security Council, but there is yet to be an international reaction to this stark violation of international law.

UAE has long been in an effort to prop up warlord Khalifa Haftar, a former general in Muammar Gaddafi’s ranks and a US citizen , but an investigation presented to UN Security Council shows how Emiratis blatantly disregard international law and sanctions regime.

Last summer, several secretive companies including Lanchester 6 owned by Christian Durrant, a close associate of Eric Prince, the founder of Blackwater, and Opus Capital Assets led by Amanda Kate Perry, a prominent British businesswoman in Dubai who promotes women entrepreneurs, were financed by UAE to launch an operation against Turkey’s shipments to Libya.

The $80 million operation involved a team of 20 mercenaries from several countries including UK, US, South Africa and Australia.

Leader of the team was led by a South African fighter pilot and their mission was to attack Turkish cargo ships to Libya.

The UAE-based group bought 6 French-built SA 341 attack helicopters from Gabon, sent them to South Africa, and after falsifying their papers, choppers were sent  to Libya after a stop in Botswana.

This long trailed covert operation also included two 20-person MRC1250 boats via Malta-based Sovereign Charterers for the mercenaries to use.

Then comes the most striking part of the operation. Haftar was not happy with the quality of the helicopters, and after a disagreement between Haftar and the mercenaries, the $80 million worth operation failed but it left a long list of evidences and questions behind.

Were intelligence services of mentioned countries aware of all these?
What did those countries do in order to stop this Hollywood movie type violation of international sanctions regime and law?
What will the international community do with respect to this stark violation?

Short answer is it will go unpaid until the balance in Libya is shifted and some great powers decide to punish the UAE.