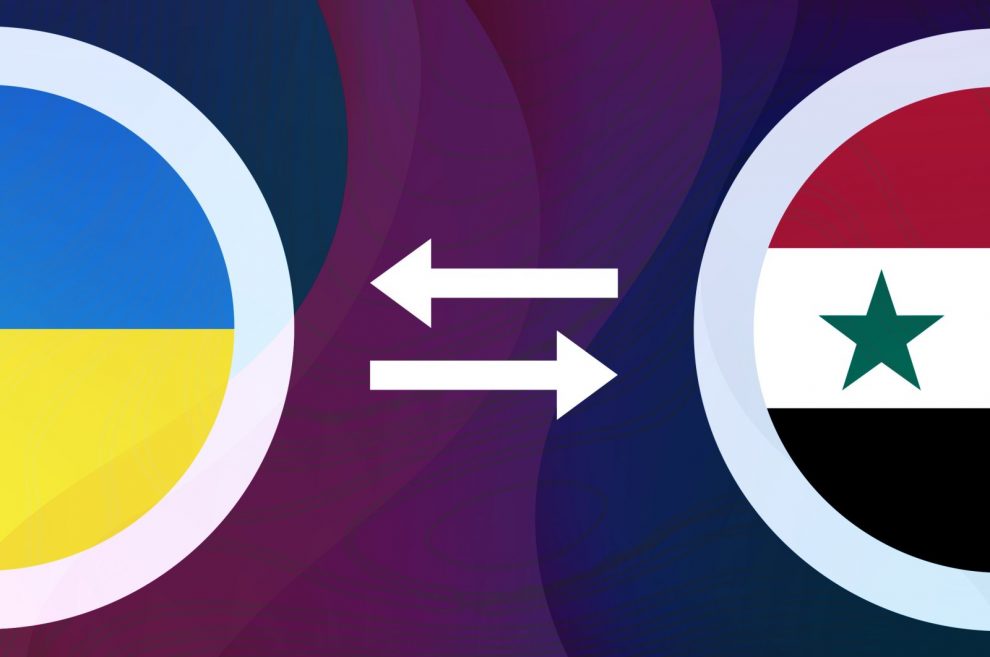 Western countries have been supplying weapons to the Ukrainian military and training Ukrainian soldiers since long before the Russia-Ukraine war started. Fighters, missiles, man-portable air-defense systems (MANPADS), munitions, tanks, etc. have been donated to Ukraine. Therefore, besides Ukrainians’ decisiveness to protect their country, foreign military donations have brought success, and this success suggests that Russia may never realize the invasion it planned unless it brings forward the whole army or uses nukes, which would be devastating.

The trans-Atlantic world’s impressive support of Ukraine indicates that the Syrian civil war could have been prevented and the Bashar Assad regime, which declared its own people as its enemy and still kills them, could have been overthrown long ago. Just consider for a minute what would have happened if the West had supplied the same weapons to the Syrian people to defend themselves. For example, suppose the Syrian opposition had the abovementioned defensive weapons for a while. Most probably, Assad would have been defeated or only confined to the capital Damascus. If this scenario had happened, Iran would probably leave Syria, while Russia would not insist on defending the Assad regime. Because we remember that Western powers had the initiative and desire to oust Assad at the beginning of the war. Nevertheless, they later ignored the situation in Syria and watched as Russia incrementally influenced the regime.

In fact, the U.S.-led coalition did well to eliminate the notorious Daesh terrorist group. However, reiterating again, they chose the wrong partner, the bloody YPG, which is the Syrian offshoot of the designated terrorist group PKK. The relatively weak YPG managed to wipe out Daesh with the assistance of the coalition forces but since the U.S.-led coalition mostly consists of cadres of the YPG, terrorism continues in Syria. What is more, despite so much military aid, the YPG sides with Russia against Ukraine. According to one of the PKK leaders, Russia is fighting imperialists in Ukraine. Needless to say, “imperialists” refer to the U.S. and other Western countries, which protect the terrorist organization in Syria and Iraq, and grant shelter to its members and sympathizers.

Despite ignorance and partnering with the wrong actors, it is still possible to resolve the Syrian civil war either via pressure, diplomacy or military power. Actually, Russia will not welcome any request aiming for a political change on account of Assad and Russian interests due to the West’s support of Ukraine. However, if the war in Ukraine ends and relations with Russia are recovered, the request can be resubmitted.

An option against Assad

On the other hand, a military option could also be on the agenda without accelerating the situation. Russia has military bases and interests in Syria and believes that only Assad can protect them. If Russians are guaranteed that their interests won’t be harmed, they may give the change the green light. What if Russia doesn’t accept? The Assad regime can still be targeted without any confrontation with Russia. Supporting the opposition, for example, is one such option. In such a case, Assad may decide to step down instead of fighting or being overthrown by force.

All in all, regardless of different projections, the world must end the war in Syria to stop the continuing oppression, killings and displacements. In particular, the European Union should remember that, unlike the Ukraine war, the influx of Syrian migrants was about to disband the bloc. As long as the situation in Syria continues, there will be repercussions in the West. Particularly, although the massive military help for Ukraine has been appreciated by many nations, this policy also raises questions as to why Ukraine’s friends ignored the issues in Syria for a decade. As the contradicting policies of the trans-Atlantic countries against Ukraine and Syria have damaged the humanitarian image of the developed world, they must act and interfere with Syria to show their faith in their own cherished values. As long as the suffering in Syria continues, the West’s foreign policy will be looked at suspiciously. Perhaps, this is why some countries believe that the Ukraine war happened because of provocations of the U.S. and the EU.