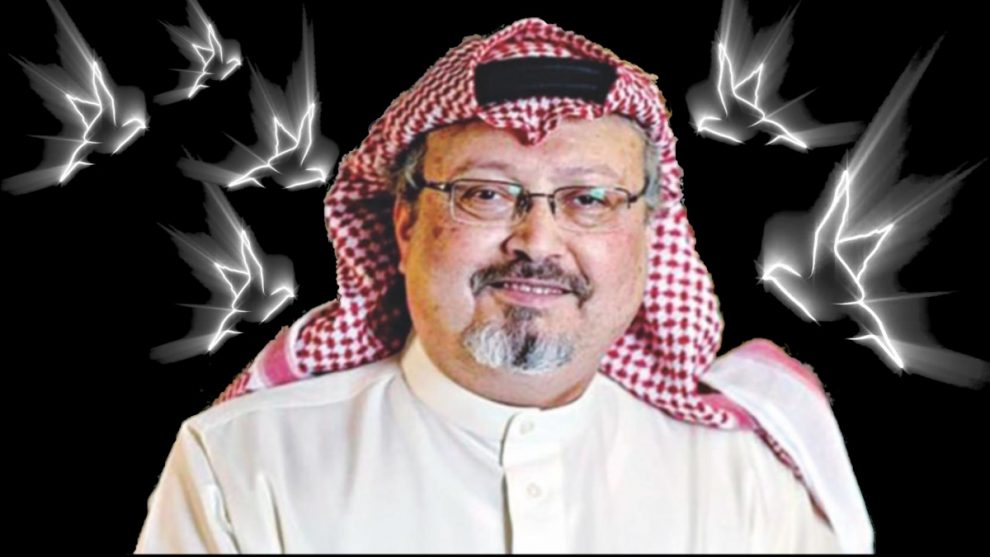 In a radio program last week, on the first day of the Jamal Khashoggi trial, I was asked what the sentiment of the people on the street in Turkey was regarding the case. It was a mixture of sorrow and mourning first; but annoyance and fury later. You are hosting a friendly nation’s embassy, consulate and diplomatic representatives, and those representatives kill an acquaintance of yours simply because they don’t like his opinions about his own country.

Jamal Ahmad Khashoggi was a friend of many Turkish journalists; he was instrumental in the creation of the Arab Journalist Association in Turkey. The number of Arab newspaper and television workers have been increasing rapidly in Turkey, thanks to the rising level of dictatorship in many Arab countries, requiring channels to reach Arab audiences from Turkey. Jamal felt at home in Turkey; he traveled a lot from the U.S. to Istanbul. He was about to get married to a Turkish woman as soon as he had finalized his messy divorce in his native country. However, he never cut ties with his beloved Kingdom. In many conversations he had with his fellow journalists in the association, he expressed his plans to establish scholarships for young Arab journalists in Turkey and the U.S. He believed that there were still brave Arab business people that would invest in such initiatives. He even believed many officials in the Saudi Kingdom would approve his plans to create such a joint scholarship program in three countries.

He was adamant that King Salman bin Abdulaziz would see the merit of educating young journalists abroad. One thing he was wrong about was that it was no longer the old king running the country. It was his ambitious son, Crown Prince Mohammad bin Salman (MBS), who was in charge now and he had already signed Jamal’s decree of death a long time ago. He had devised a devilish plan. Jamal was the only person who could see exactly what Mohammad was doing: making sure that his father would not go back to his first choice for his successor – his nephew Mohammed bin Nayef. When King Salman assumed his role, he changed the succession lines by appointing his nephew Mohammed bin Nayef as the new Crown Prince over Muqrin bin Abdulaziz, setting a precedent. Since Abdulaziz had many wives, and countless sons, it was customary to be succeeded by a maternal brother even if there was an elder paternal brother. Salman had no eligible maternal or paternal brothers so he first opted for a middle ground by selecting the eldest nephew.

Hard to imagine, but this angered the crown prince of the neighboring United Arab Emirates, Mohammed bin Zayed (MBZ), who thought the two neighboring countries should lead the whole Arab world simply because they were the richest oil and gas producers of the region. Salman’s choice for the next in line, Mohammed bin Nayef, was the most educated among all the Saudi princes. He had studied in the U.S. and received a bachelor’s degree in political science at Lewis & Clark College. He then had attended the FBI’s security courses from 1985 to 1988 and trained with Scotland Yard’s anti-terrorism units from 1992 to 1994. But his appointment had been annulled two years later, and MBS had taken over all his assignments. Then came his so-called reforms. The Western media, especially those newspapers friendly to the UAE and Israel started a spit-and-shine operation for the young prince, but there was one major exception: Jamal Khashoggi was able to see through his so-called reforms. In his Washington Post opinion pieces, Khashoggi showed the whole world the real thrust of MBS’s reforms. He was simply pulling the wool over Western eyes while he was actually shaking his nephews, cousins and uncles down, pilfering their income, rerouting their bribe schemes and at times outright confiscating their wealth. One time, MBS arrested and incarcerated some of them in five-star hotels until they confessed to their crimes and transferred all their money to him.

The whole world was getting insider information from Khashoggi day by day. When asked if he was afraid for his life, he would simply shake his head. I always thought that he still trusted the feudal relations his family had with King Salman.

But the real king was not Salman anymore. MBS and his mentor and protector MBZ could not tolerate any opposition, nor would they heed any old-fashioned family friendships. Khashoggi was an enemy of the new order that the two Mohammads were creating and therefore, he had to be eliminated.

Khashoggi had somehow sensed that things were different now and instead of going back to Riyadh to finalize his divorce, had asked the court to send the papers to Istanbul. Instead, MBS sent a 15-men hit squat to Istanbul. One of them was Dr. Salah Tubaigy, a forensic pathologist who completed a master’s degree at the University of Glasgow in Scotland. Tubaigy was a lieutenant colonel working for the forensic science department of the Interior Ministry’s General Directorate of Public Security. He was recorded recommending that other people join him in listening to music through headphones while he cuts up Khashoggi’s body. Another one was Saudi Colonel Maher Abdulaziz Mutreb, an expert in using offensive spyware technology.

Khashoggi entered the Saudi consulate in Istanbul and never came out again.

MBS, in a sham trial, convicted five of them for murder for personal reasons, only later to let them free because Khashoggi’s sons had forgiven them! Unfortunately, those murderers are not in the trial in Istanbul and so they are not able to tell who set them up for this murder.

We will listen to their laughter that was recorded while they were cutting our beloved friend and fellow journalist Jamal Khashoggi.