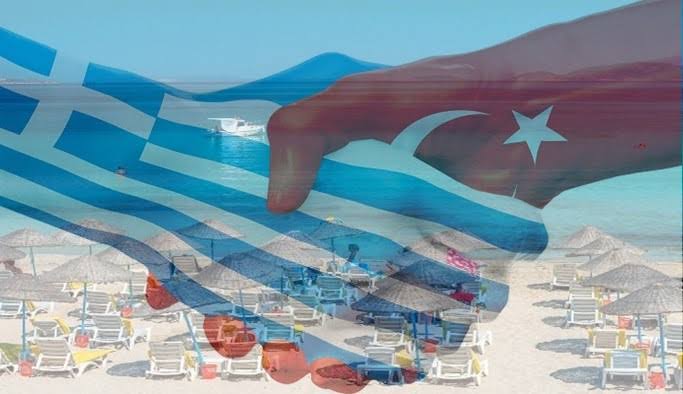 Turks dropped €330 million in Greece last year to become the largest spender by €82 per person.

Greece has classified Turkey among Coronavirus risky countries which prohibits Turks from visiting the neighbor but Greek tourism sector is already feeling the financial pinch from the absence of the extravagant komsi (neighbors).

As the summer season has kicked off under the shadow of coronavirus measures, Greek restaurant and hotel owners are reacting to Athens’ decision to exclude Turks from the list of whom could enjoy the hot sands and vast beaches of the country. According to a news compiled by George Kirbaki, an Athens based journalist, Greek tourism sector representatives complained about how stingy Germans are and miss having Turkish tourists in town. “Germans eat only salat but Turks visit seafood restaurants eat expensive dishes spent big bucks,”  said one restaurant owner.

Greece hosted more than 33 million tourists last year which generated €19 billion income. 1 million Turks, on the other hand, visited the neighbor country in 2019 spending around 330 million euros, making Turks the biggest spender with 82 euros per person. As tourism revenue accounts for around 30 percent of gross domestic income, Greece heavily depends on influx of vacationers. Greek authorities put the number of expected tourists this year at beat 5 million. Aegean Islands near Turkish mainland have especially been suffering the most from the decision of Athens which is considered as political by most people including Greeks.

Yiannis Kiffos, owner of Naval Travel ferry company that organizes daily trips from Turkish mainland to Simi island was quoted saying that one Turkish tourist spend more than 7 European ones. Leros island deputy mayor Dimitri Kastis also said the island has been suffering from the worst economic crisis since the financial crisis 10 years ago as Turkish tourists are not allowed on the island.

Some circles in Turkey though welcomed the decision of Greece for not allowing Turks into the country. “330 million euros will stay in Turkey instead of being spent in Greece,” one social media user said on Twitter.