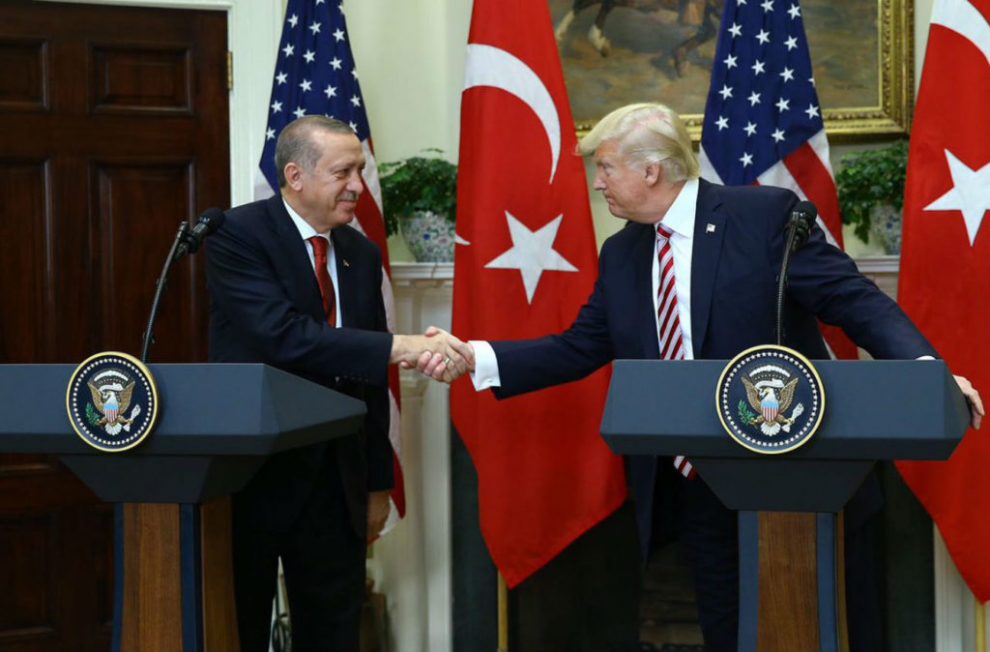 It might not seem like it at the moment, but the US and Turkey are natural partners in Syria.

When the Islamic State (Daesh) declared its caliphate, it united the countries of the Middle East against a common foe. Over the past two years, Islamic State lost much of its territory in Syria and Iraq, but the result has not been peace. The result has been an even more convoluted war.

The fighting is an expression of a race to fill the vacuum left by IS’ defeat. This race has, in turn, undermined Turkey’s relationship with Russia and Iran as well as the US relationship with the YPG – the Syrian affiliate of the terrorist PKK.

Now the US and Turkey are attempting to patch up relations, and the short-term future of both Syria and the region depend on the success of those efforts.

Both Turkey and the US understand how high the stakes are. Before the visit of US Secretary of State Rex Tillerson to Turkey, Turkey’s Foreign Minister, Mevlut Cavusoglu, said that ties between the US and Turkey would either be fixed or break completely. The US-Turkish relationship has been turbulent in recent years, but the threat of a complete break of diplomatic ties between two NATO allies is far more serious than anything that has happened previously.

During his subsequent visit, Tillerson did a rare thing for the US: he said the US had not lived up to its commitments to Turkey and would work on doing so. Tillerson’s overtures were joined by similar efforts from the US Secretary of Defense and National Security Advisor.

There is still a long way to go in repairing the bilateral relationship, let alone coordinating strategic aims in Syria. But there is also a great deal of impetus to do so.

The latest problem for Turkey began in December, when the Assad regime, backed by Russian air support and Iranian military advisors, commenced an offensive in Syria’s Idlib province. This was supposed to be a “de-escalation zone” whose security was Turkey’s responsibility. Instead, it became a target for the Assad regime, which is seeking to consolidate its hold over the country now that Daesh has been defeated.

For the Assad regime, this is a fight for survival. To not attempt to reconquer lost territory is to admit defeat, and defeat means certain death, so Assad’s fight continues.

Assad’s offensive violated the terms of the Turkish, Iranian, and Russian agreement on Syria’s future. Turkey objected to Assad’s moves and urged Iran and Russia to rein Assad’s forces in. But neither Russia nor Iran were willing to do so.

Russia would prefer the fighting stop, but it wants to preserve a strong, independent Assad regime as an ally and as a thorn in Turkey’s side.

Unfortunately for Russia, it has bitten off more than it can chew.

Russia intervened in Syria during a time of domestic instability to prove Russia’s power to the Russian people. Now that it is involved, Russia must have something to show for its involvement. Letting either Turkey or Iran dominate Syria would be a negative development in its eyes, so Russia is trying a “zero problems” policy of its own, which means doing nothing to stop Assad and Iran, but selectively letting Turkey use Syrian airspace. It’s an untenable position in the long-term.

Iran, meanwhile, is looking to press its advantage in the Levant and to establish a secure corridor of influence from Tehran to the Mediterranean.

Iran’s problem is mainly geographic. Iran seeks regional domination, but it is separated from the heart of the Middle East by distance and mountains. The preservation of an Assad-led Syria dependent on Iranian support is crucial to Iran’s strategic aims.

While the US and Turkey are busy squabbling with each other, Iran is urging the Assad regime to make facts on the ground and is pulling Russia along with its aggressiveness.

These moves are creating a new set of conditions that make a stronger Turkey-US relationship likely. The major stumbling block in the relationship is US support of the YPG. But the US relied on the YPG not because it wished to annoy Turkey but because the YPG was willing to do the dirty work of providing ground forces against IS militants in Syria.

The YPG was the US’ third choice for this ground force. The US would have rather Turkey intervened more directly against IS or that moderate anti-Assad opposition had emerged. But Turkey, for good reasons of its own, declined to volunteer its forces for a brutal campaign in the Syrian desert, and moderate opposition proved difficult to find.

So the US threw its support behind the YPG to destroy IS. But while the YPG was strong enough to defeat IS, it is not nearly strong enough to combat the combined forces of the Assad regime and Iran, with limited but significant support from Russia.

There is only one power in the region that can do that, and that is Turkey.

For its part, Turkey has no desire to let Iran overrun Syria or to let Russia strengthen a proxy on Turkey’s southern border. Iran and Russia using Syria as a staging ground is more threatening to Turkey than IS, especially if they support Kurdish aspirations for autonomy or even independence (which Russia has been ambiguous about at best.) Turkey is powerful, but not powerful enough to oppose both Iran and Russia alone.

These converging interests make the US and Turkey natural partners.

Even so, solidifying the partnership will not be easy. The US and Turkey still don’t see eye to eye on the YPG.

Turkey distrusts the US because it supports the YPG, and the US worries that abandoning the YPG will lead to an IS resurgence. This is a serious stumbling block, but not an insurmountable one, and recent developments are pushing both sides to overcome it.

Sometimes you don’t get to choose your friends. Sometimes geopolitics decides them for you.