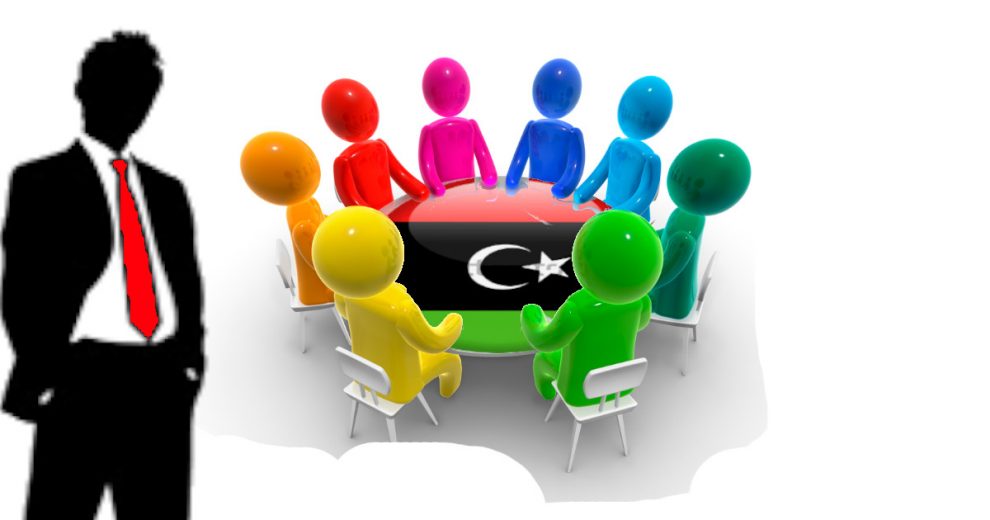 Regardless of what the European Union sought at the negotiation table for Libya, the end result will be determined on the field. Libyan warlord Khalifa Haftar is not apparently seeking an orderly election or a government that would continue the work of the present one; he is trying to execute a coup d’état, which would achieve one thing only: tear up the Turkey-Libyan maritime border delineation deal. This renegade former officer accepted the land-sharing plan with the internationally recognized, U.N.-backed Tripoli government for years. However, as soon as Libyan leader Fayez al-Sarraj and President Recep Tayyip Erdoğan signed the deal on Nov. 27, Haftar started receiving phone calls from his puppet masters.

When Turkey and Libya signed that agreement, Ariel Cohen, a senior fellow at the Atlantic Council, which shapes the “future-organizing forums” at Abu Dhabi with Exxon and the UAE Ministry of Energy, wrote in Forbes magazine that the agreement would disrupt Israel’s “historic Leviathan gas project” – a project which, Cohen wrote, would “effectively double the amount of Israeli-produced gas” and “potentially make the small country a net energy exporter.”

Israel’s partner in that project is the Texas-based Noble energy company. They would export gas to EU countries through a pipeline crossing the Turkish exclusive economic zone and sell the remainder to Egypt. Cohen and his ilk did not ask where the Palestinians were in that scenario since it was their gas that Israel was planning to sell. Nobody questioned the plan of the de facto ruler of the UAE, Crown Prince Mohammed bin Zayed, or Crown Prince Mohammed bin Salman of Saudi Arabia’s new roles of defending the Sunnis in the region from Iranian aggression. Nor did anyone question Donald Trump in his new role in revising the Sykes-Picot Agreement of the Middle East.

President Erdoğan, however, at the signing ceremony of the Libyan agreement reiterated that by joining the Libyan and Turkish exclusive economic zones, the two countries were going to protect not only their wealth in the sea but also provide means for Palestinians and Egyptians to explore their own naval economic zones.

Haftar immediately increased attacks on the Tripoli government as soon as he received new recruits from various Arab countries and Russia through the Wagner Group, a Russian paramilitary organization; though the group has since reportedly left the country, according to news agencies’ reports. He stopped over in Athens on his way to Berlin to participate in the peace conference alongside Libya’s Government of National Accord. Haftar’s Libyan Armed Forces is a terrorist organization in every sense; they include Madkhali-Salafis, followers of an ultraconservative Sunni Muslim doctrine originating in Saudi Arabia who are the probable replacement of Daesh and al-Qaida. Haftar does not represent any nationalistic or tribal aspirations of the Libyan people. He shouldn’t be welcome in any self-respecting country. But the misguided nationalism of some in Greece, once again, shamed the whole nation. Alas, nobody raised their voice against it – except one.

Professor Yanis Varoufakis, who, because of his courage of “calling a spade a spade” in Greece, is now in a self-imposed exile at the University of Texas, warned his fellow countrymen once again. Varoufakis posted this message on a social platform:

“Athens hosted Libyan warlord Haftar. An old goal for Greek diplomacy – similar to that in the 1990s when the government led by [Konstantinos] Mitsotakis senior who embraced [Radovan] Karadžić. How did we get here? It all began with the [Alexis] Tsipras-[Benjamin] Netanyahu-Exxon unholy alliance to drill for oil and gas in the Eastern Mediterranean.”

As Karl Marx, holding Louis Napoleon in derision, said, history repeats itself “first as tragedy, then as farce.” Mitsotakis is repeating his father’s mistake, but he will be mocked by the region for siding with a coup leader.

Just watch carefully and see what happens after Berlin.