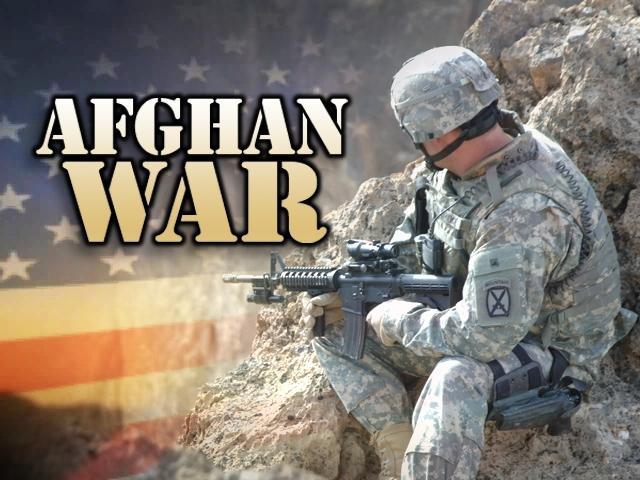 No country should suffer from violence the way Afghanistan does. No people deserve peace more than Afghans. Yet, there is no sign Afghanistan would be able to overcome its seemingly endless conflict soon. The intractable war has certain unachievable goals that must be secured for the United States. And if Afghanistan is totally destroyed in the process, no problem. America’s warlords are willing to waste countless more Afghan lives to achieve their military aims in Asia.It was not supposed to be this way when George W. Bush’s Crusade warriors set out to conquer Afghanistan following the terrorist strikes in the U.S. in 2001.

A proper international investigation must be held on how such a large-scale terror operation, which the lazy Western media calls “9/11,” was carried out by a bunch of foreigners in a security-mad jurisdiction. The U.S. has always practiced police state methods, so what exactly went wrong?The U.S. announced it wanted a war, it said it would take revenge. You are either with us or with the terrorists, America declared. The world shouted back: “We are with you!”

The U.S. public was manipulated to go even more crazy than required for a war. They came to Afghanistan and removed the Taliban administration, which harbored Osama Bin Laden, America’s number one enemy and a former dear friend of the Pentagon and the CIA. More than 16 years later, the U.S. is still involved in the Afghan war. The Anglo-U.S. leadership opportunistically also exploited American people’s shock and tragedy to invade Iraq in 2003 based on white lies. The possessors of the world’s formidable stockpiles of “weapons of mass destruction” found no similar systems in Iraq so they concocted the excuse of spreading “democracy” in the region and they are still busy in their bogus mission through more wars.

The two wars are unquestionably connected, but we are going to talk about Afghanistan here.The Afghan nation was made to believe the invaders from thousands of miles away had good intentions. They were told the U.S. would create a land of prosperity and plenty after it got rid of the bad Taliban rulers. The Afghans were made to believe in the fairy tale that they would live in palaces, unable to foresee the ugly reality that even their mud houses would be reduced to dust.More than 30,000 civilian lives have been lost with $1 trillion wasted on war efforts. Today there is no more talk of setting up a normal government, a stable economy, an education system that will prepare the future generations of smart Afghan people, or democracy (even a corrupt U.S.-style democracy would do).

The talk from American officials, who militarily administer the country, is that they want to widen the war, possibly to include Pakistan and other countries. Afghanistan has become a U.S. haven for planning more conflicts. Any new war would do as long as the Afghans suffer and U.S. soldiers can indulge in merry-making through gruesome acts of violence against civilians. So many U.S. attacks have targeted Afghan villages, wedding ceremonies, hospitals and schools. No, America will not apologize for its war crimes. Is there any appetite among Afghans, minus those directly connected to the U.S. patronage network, for a new U.S. war using their territory? Even former Afghan President Hamid Karzai, who ruled with U.S. support and considers himself “very pro-American,” denounces Washington’s policies in harsh words.

Equally important, he also finds merit in Donald Trump’s new year aggressiveness against Pakistan over extremism and alleged sanctuaries for Afghan militants. No longer tied to the U.S. ropes of power, Karzai can afford to speak more freely these days. It is possible President Ashraf Ghani may similarly become free one day to talk about the U.S. role in destroying Afghanistan. Participating in a conference in New Delhi in January, Karzai spoke about his disenchantment with the U.S. He said the U.S. military neglected Afghan suffering and kept fighting in Afghan villages. He said he had sought America’s involvement as far back as 2000 to help his country because he believed in “their ideals and the democracy and the values that they had.” The reality of 2018 is radically different from 2001 and Karzai expresses interesting views on the way forward. “Now a military solution is extremely difficult. The Taliban are part of the Afghan people, they are Afghans, and they are in control of territory in Afghanistan,” he said.

Adding to the complexity, the Daesh terrorist group has made inroads into the landlocked country. Daesh must have the capabilities of the hostile aliens who want to destroy our planet as they show in American movies. Otherwise, it’s perplexing how they are able to assemble sophisticated logistics, weapons, transport and modern uniforms in a country so tightly controlled by the U.S. and its ideological militarist friends from the West.

Karzai and Igor Morgulov, Russia’s deputy minister of foreign affairs, who spoke at the same event, are clear that regional peace efforts are needed in Afghanistan instead of searching for military solutions. “One great reason is the emergence of Daesh or IS. We do not know who is backing it. The U.S. has to explain this,” Karzai said. “Therefore, today for a solution in Afghanistan, we still want the U.S. to play a big role but that role has to be played together with other stakeholders in the region. That would bring us a solution,” he added. Morgulov, speaking like a mature negotiator, said the efforts to bring peace to Afghanistan should include all of Afghan’s neighbors – India, Pakistan, Iran, Central Asian nations. But the disarray we see in Washington today makes it extremely difficult to bring together the important players to discuss possible solutions to the conflict. In the neocon, Zionist and militarist U.S. circles, more wars mean more profits. To get an authentic aggressive U.S. view, I asked a few questions to the Afghan-born Zalmay Khalilzad, who served as U.S. ambassador to Afghanistan and Iraq. It is important to understand people like Khalilzad, one of the “Beiruti Boys” from Afghanistan, to get an insight into the U.S. war-diplomacy networks. Will the war in Afghanistan go on?

Khalilzad believes that is contingent on the U.S. being able to change Pakistan’s policy. If not, it may take “many more years, 10, 20, 30 more years.” That’s an amazing forecast for peace. Is the U.S. satisfied with what it has achieved so far in nation-building? Khalilzad is “broadly satisfied” and says “Afghanistan is a much better place than it was” in 2001 and people are living 10 years longer on average. They would perhaps live longer if they are not bombed in their homes and villages almost daily.