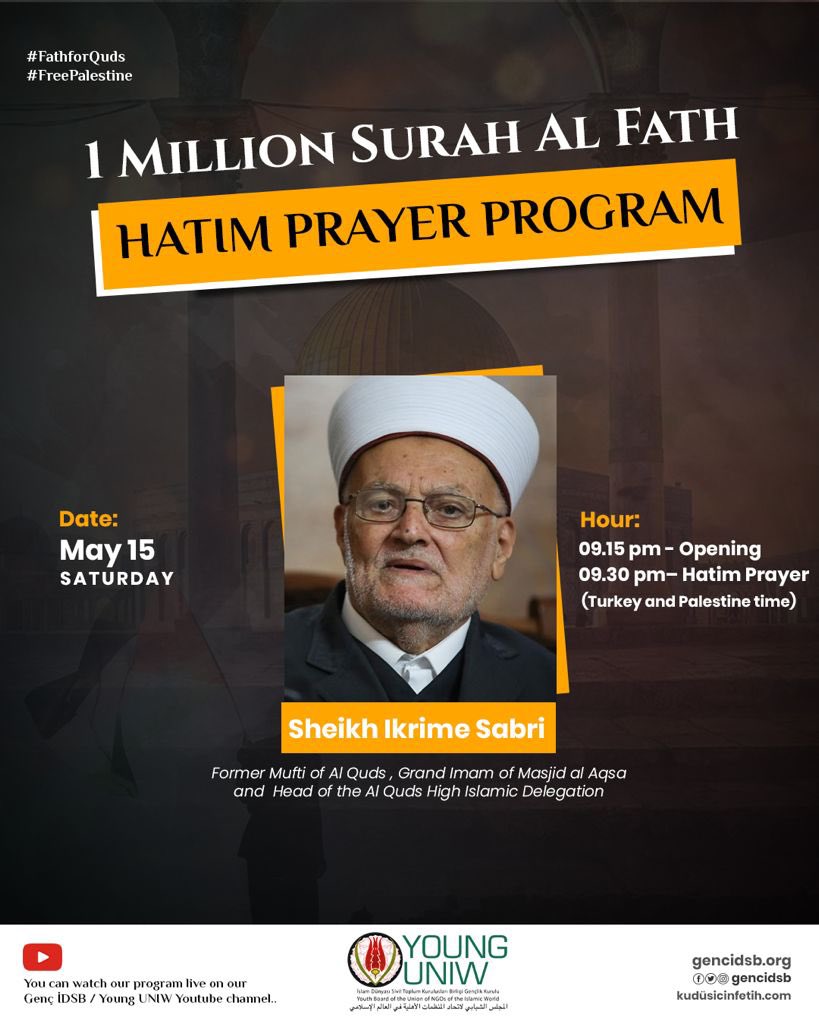 ANKARA (Straturk.com) – Grand Imam or Chief Prayer Leader, of Al Aqsa Mosque will lead a global prayer program on Saturday night in view of the brutal campaign of attacks by apartheid Israeli regime on Palestine.

The initiative has been taken by Turkey-based youth wing of Union of NGOs of Islamic World (Young UNIW).

Serdar Bayram, President of the Young UNIW, told Straturk.com that the federation initiated a program to recite verses from the holy book of Muslims seeking help from the Almighty.

“More than 100,000 Muslims from 76 different countries recited Surah al Fatih from holy Qur’an for Palestine since May 10,” Bayram told Straturka from Istanbul.

Israeli apartheid forces have routinely raided home of Sheikh Sabri and arrested him many a times in recent past.

A total of 139 people, including 39 children and 22 women, have been killed and 950 more injured since Israel started attacks on Gaza last Monday.

The air raids on Gaza were preceded by days of tensions and Israeli aggression in occupied East Jerusalem, where hundreds of Palestinians were assaulted by Israeli forces and settlers at the Al-Aqsa Mosque and in the Sheikh Jarrah neighborhood.

Tensions spread from occupied East Jerusalem to Gaza after Palestinian resistance groups there vowed to retaliate for Israeli assaults if they were not halted.

Israel occupied East Jerusalem during the 1967 Arab-Israeli war and annexed the entire city in 1980 in a move never recognized by the international community.