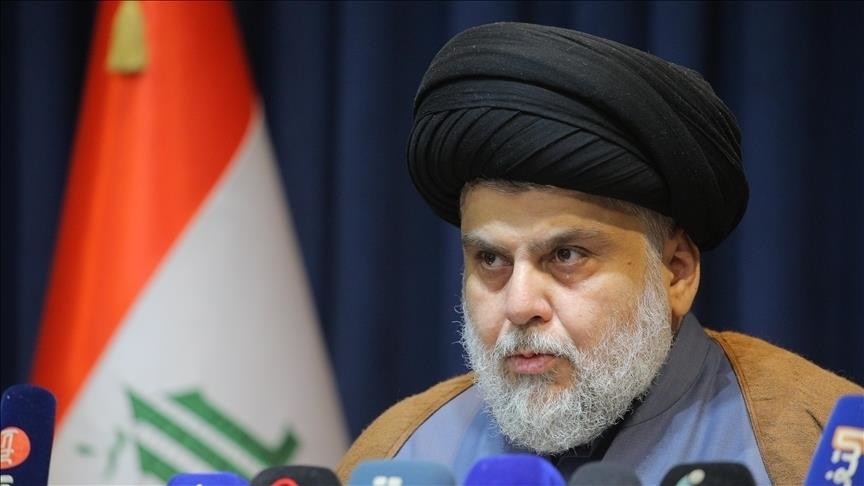 Firebrand Shia cleric Muqtada al-Sadr has announced his total withdrawal from politics in Iraq, a move that triggered a wave of violence in the Arab country.

Al-Sadr loyalists stormed the Republican Palace where the government is seated in Baghdad amid clashes that left at least 13 people dead.

However, this was not the first time for al-Sadr to announce that he was stepping down from politics since 2013.

Five months later, the Shia cleric said Aug. 4 that he was stepping down from politics. But he retracted his announcement one month later citing calls from his supporters to return to political life.

Al-Sadr said he quit political work in Iraq and dissolved his institutions “to end the suffering of the Iraqi people” and “save the reputation of al-Sadr family.”

However, he took part in this year’s parliamentary elections in which his bloc won 34 seats in parliament.

The firebrand cleric suspended the activities of his Al-Ahrar parliamentary bloc, which had 34 seats in the 329-member parliament, stumbling efforts by opposition lawmakers to reach a quorum to vote on the ouster of the three presidencies in Iraq.

He called on his loyalists to stage protests to bring what he called corrupt politicians to accountability and to form a technocrat government.

In July of the same year, al-Sadr ordered the formation of a committee to vacate his offices across Iraq except the southern city of Najaf.

But in October, he ended his boycott of the parliament sessions.

On October 4, 2018, al-Sadr reiterated his intention to withdraw from politics and ordered his parliamentary bloc not to nominate any candidate for the Iraqi government.

The influential cleric ordered the closure of his institutions for one year to protest the candidacy of Mohammed Shia al-Sudani as prime minister, who was backed by groups close to Iran.

On July 15, 2021, al-Sadr announced withdrawal from political life in Iraq, saying he won’t participate in the next parliamentary elections, also citing corruption. But after three months, he returned back and took part in the polls.

On July 15, al-Sadr announced that he had withdrawn from politics to protest what he termed as corruption. He also said he won’t participate in Iraqi elections.

His announcement was made as his parliamentary bloc, which had 73 seats in the 329-member parliament, resigned from the assembly.

On Aug. 29, al-Sadr said he was stepping down from politics. He also announced the closure of his institutions except his father’s shrine, the historical monument institution and the al-Sadr family’s museum.

He, however, called on the country’s political parties to step aside and hold early elections to help solve Iraq’s months-long political crisis.

Qatar World Cup: An unintended boon for the UAE
The West’s visa card against Türkiye: Why now?