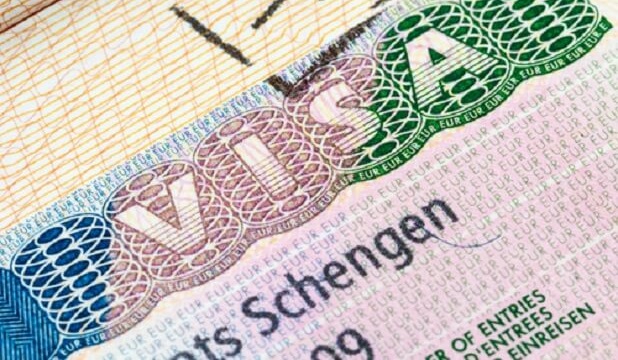 Those who could not attend the academic conference invitations … Those who work abroad and cannot take their family with them … Those whose education and future are in danger … These are just a group of people who face problems due to the Western countries’ visa card against Türkiye.

Recently, there has been a deep wave of visa complaints, especially in the media. Accordingly, the Western countries’ consulates and embassies do not give proper visa appointments to Turkish citizens. The appointment interval has been extended to 10 or 12 weeks. Even if you managed to have a visa appointment months later, this time, your application is likely to be rejected. According to the report Türkiye submitted to the Parliamentary Assembly of the Council of Europe last month, the Schengen visa refusals rose from 4% in 2014 to 12.7% in 2020. The report also objected to the issues such as the requirement of unnecessary and too many documents, high visa fees, and the obligation to apply face-to-face.

It was objected but the crisis continues exponentially. The West plays ostrich. Some students who applied for a visa to study abroad in September and October will likely lose the tuition fees they paid. The appointment and rejection crisis has especially hit tourism. So much so that the agencies that organize international trips are forced to cancel many tours due to Turkish tourists who could not obtain a visa.

All the documents collected, the time spent, the long appointments expected and the stress of whether the visa is issued or not are already evident. There is another dimension of the crisis: Material exploitation. According to experts, Turks spend 100 million euros ($100.1 million) each year to obtain a Schengen visa. Obviously, the visa issue is an important income for Western countries.

However, the recent increase in complaints has raised suspicions that there is also a political dimension to the issue. Foreign Minister Mevlüt Çavuşoğlu confirmed the doubts and made clear statements. He accused the United States and also some European nations of intentionally drawing out their visa application process. “At the beginning of September, our colleagues will call the ambassadors of these Western countries to the ministry, and they will make the necessary warnings. If it does not improve after that, we will also take counter, restrictive measures,” he said.

Çavuşoğlu highlighted that “in the last meeting we had with German Foreign Minister Annalena Baerbock in Istanbul, I told Germany’s ambassador to Ankara. In New York, I told U.S. Secretary of State Antony Blinken and U.S. Ambassador to Türkiye Jeffry Flake. There’s a deliberate intention here. Our people are of the same opinion as well. We consider it as steps taken to put (the Justice and Development Party) AK Party government in trouble ahead of the election.” Çavuşoğlu’s remarks have shown once against that Ankara stands by its citizens in the face of double standards.

Indeed, the timing of the crisis is really interesting, as it happens while Türkiye has taken a leading role in the solution of the global food and energy crisis and President Recep Tayyip Erdoğan has become the key mediator in the Russia-Ukraine war. More, the energy and border security of the West starts from Türkiye and Istanbul is now the center of the grain corridor. In other words, such a crisis has emerged as Türkiye is rising as a crisis solver but not a crisis creator.

Why is this double standard applied to Turkish citizens now? As Çavuşoğlu stated, the West’s approach and intention ahead of the Turkish elections have been clearly seen by the Turkish government. If the crisis continues, we will together see what kind of preventive measures Türkiye will take.