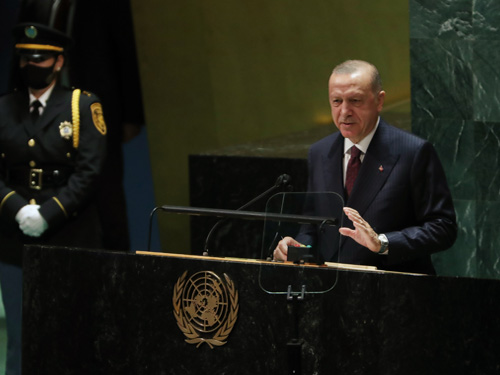 It is now official that the Turkish government plans to re-approach the Assad regime after a long period of enmity, literally when the Arab Spring stretched out to Syria in 2011. There were unofficial meetings between the intelligence services of the two countries, but first Turkish foreign minister Mevlut Çavuşoğlu, then president Recep Tayyip Erdogan disclosed the plan to encourage the Syrian opposition to reconcile with Bashar al-Assad.

The regime, for its part, stipulates some conditions, such as (1) handover of Idlib to Damascus, (2) control of some customs gates on the Turkish border, (3) full control of the M4 highway, and (4) Turkish support to the regime against sanctions imposed on individuals and companies close to Bashar al-Assad. On the other hand, the Ankara government is said to have asked the regime (1) to collaborate against YPG/PKK terrorism; (2) To allow a peaceful integration of opposition groups with the Damascus administration; and (3) to ensure the safe return of migrants to the regime-controlled areas. However, none of the above conditions have been narrated by officials rather than the media or unauthorized politicians. On the other hand, Turkish top diplomat Çavuşoğlu said that negotiations between the two governments should start unconditionally.

In addition, Iranian media even went so far as to say that Erdogan and Assad might meet during the Shanghai Cooperation Organization Summit that is to be held in Uzbekistan on September 15-16. Yet, Çavuşoğlu denied the possibility of a meeting and said Assad was not even invited to the summit. Indeed, a likely meeting looks unlikely in the short term and perhaps will never happen since, as Syrian analyst Sinan Hatahet says; “There is little reason to believe so. Erdogan is engaged in rhetorical politics and knows he will gain nothing from meeting Assad. Assad also does not want to offer what is perceived as a helping hand to Erdogan in his quest for his re-election.”

When the positions of the two neighboring countries are analyzed, it can be estimated that the Assad regime is probably happy with current conditions. First of all, half of the Syrian population has been displaced by the regime attacks, and the absence of almost 10 million people lightens the burden of Damascus. The regime does not have to concern itself with the economics, social life, education, and other basic needs of those emigrating abroad or living in north Syria. In addition, politically, there is almost no opposition that may challenge Assad since Sunni groups and Kurds are not in a position to force him to hold free elections or be his rivals. Those living in the regime-controlled areas are mainly Assad supporters who will hardly challenge him. On the other hand, the return of migrants will pose political, economic and security threats.

Yet, Assad will still be happy with an entente with Türkiye in order to balance off a post-JCPOA Iran’s influence in Syria, recover the economy, and win a victory over the opposition by riding them off their last supporter in the region.

As for Türkiye, the government is under massive pressure from the Turkish right-wing and general population due to the long-stay of Syrians. People suffer from deteriorating economic conditions and blame the presence of Syrians, for whom they criticize the government’s migrant policy. In fact, Syrian migrants have nothing to do with the economic crisis, but opposition parties’ anti-migrant propaganda could convince people that migrants are the source of the problem. As Erdogan’s ruling party, AK Party, lost mayoral elections due to migrants (and several other reasons), the Turkish president does not want to lose the general elections, either. Moreover, the YPG/PKK threat coming from Syria is also a matter of concern for the Turkish government. To evade the threat, the government might think it is a good idea to reproach the Assad regime, though reluctantly.

However, how serious the two sides are should be questioned. The Syrian side’s non-confirmed demands are like those of a war-winning country, which are far from reality. In addition, since Russia is the real decision-maker in Syria and not Assad, what Putin approves is more important than what regime officials request.

Sinan Hatahet also agrees with Ozkizilcik and argues that “Turkey is engaged in rhetorical politics, a tactical approach rather than a strategic one. All efforts are to look for new ways to gather votes for the next elections, and opening communication channels with Assad is riding the opposition from one of their major foreign policy promises on their agenda.”

On the other hand, Russia can certainly decide on the future of Syria. While Ankara’s pressure on the opposition is not decisive, Moscow can force the Assad regime to give concessions. Perhaps the best option for Russia is to persuade or force Bashar al-Assad to prepare a new constitution and step-down aftermath. Therefore, what matters is not Türkiye- Syria reconciliation, but rather the solution Russia will offer. All the other details will hardly have an effect on ending the ongoing civil war.

The West’s visa card against Türkiye: Why now?
Erdoğan’s switch to realism