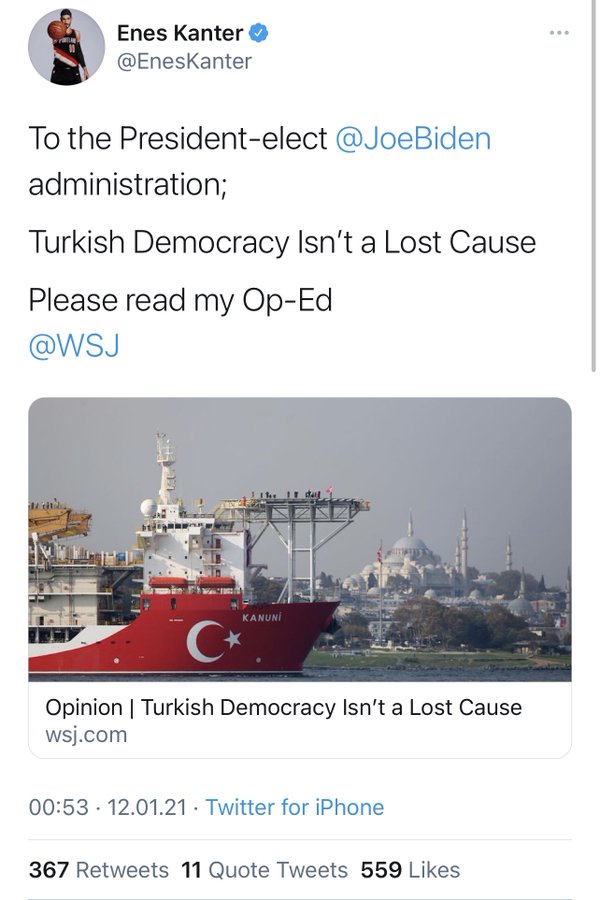 The US congress was raided by pro-Trump protestors on January 6, alleging that election results were not fair. While four protestors were killed, others were pursued for a witch hunt. Some raiders were even not allowed to fly with America-based airlines. US media, Democrats and a large number of pro-Democrat Party pundits called the raid as a terrorist action. What is more, President Trump’s social media accounts were cancelled by internet giants.

However, when Turkish parliament was bombed by FETO members on July 15, 2020, US newspapers such as New York Times, Washington Post and Wall Street Journal, American policy-makers including Joe Biden, and many analysts had supported the failed coup and avoided to call FETO’s attempt as a coup. FETO was not listed as a terrorist group, either. The fact that an article written by a FETO member, namely Enes Kanter, has been published by Wall Street Journal shows that they not only shelter FETO members but also allow them to continue to conduct their terrorism against Turkey.

Kanter’s new op-ed was not welcomed by Turkish and foreign analysts. While one of them said she does not understand why a basketball player is given so much space, another one said FETO is paying for such op-eds. A Turkish journalist also added that “Kanter is one of their (FETO) projects whom their grooming for US political life after his subpar basketball career is over”.

I'm always surprised how much platform Kanter is given to express his views on these newspapers. Even if we put aside his Gulenist ties, are basketball players really the best people to regularly write political op-eds? https://t.co/6Kaw3ddFQx

FETO members have become more active and been conducting anti-Turkey campaigns since Joe Biden was elected. Analysts warn Biden not to allow a terrorist organization to further worsen Turkey-US relations.

The radical Muslim cult that Kanter belongs to is estimated to be worth $40bn. They rake in approx $700mn in US taxpayer money from their charter school scheme. Kanter is one of their projects whom their grooming for US political life after his subpar basketball career is over. https://t.co/D7ZJRrYX7T