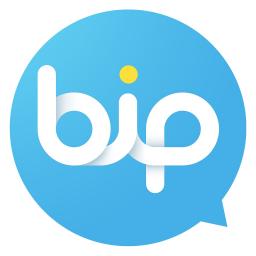 More than 1,1 million Turks downloaded the local messaging application BIP on Saturday alone after Whatsapp announced new controversial update which sparked huge privacy and security concerns in Turkey. The new privacy terms of the world’s largest messaging application excludes the European Union citizens which has been another factor for millions of Turks to be wary of the new policy. Experts have also sharply criticized the update, some even warning that the new terms were not legal.

Whatsapp will be enforcing new privacy policy as of February for users outside of the European Union. New policy allows the parent company Facebook to gather data, use it for e-commerce and share it with third parties. After the announcement of the controversial update, millions of Turks started looking for alternatives. Messaging apps like Telegram and Signal have been among the top options but more than a million Turks have opted for a local application BIP.

BIP has been developed by Turkey’s mobil giant Turkcell. Murat Erkan, CEO of Turkcell, announced on Saturday that more than 1,1 million people downloaded the app in 24 hours. Turkish government institutions have announced transferring of messaging groups to BIP from Whatsapp. Turkish presidency said it will move its WhatsApp groups to encrypted messaging app BIP on Jan. 11. The Defense Ministry followed suit on Sunday. Selcuk Bayraktar, developer of Turkey’s successful armed drones, has also announced on Twitter that he will be deleting his Whatsapp account and using BIP. “I will be using BIP but also Telegram and Signal for being open source coded,” Bayraktar tweeted. “He (Selcuk Bayraktar) is the single most respected person in Turkey when it comes to technology. He is certainly a person people look up to,” said the journalist Ahmet Sisman.

Privacy concerns of millions of Turks have also been resonated by privacy advocates. Arthur Messaud, a lawyer for La Quadrature du net, an association that defends internet users, told news agency AFP that the update was unlawfully forcing users to agree to the breach of their data if they wanted to keep using the messaging service. Angered Whatsapp users in Turkey suggest that the popular messaging application will turn into a “Big brother” scheme for those who accept the new terms of privacy. One Twitter user with a lot of knowledge on the matter said, with the new update, one could face his/her private information shared on Whatsapp in court of law or when applying for a job.

BIP has been downloaded 52 million times and has more than 10 million monthly active users, according to the company. CEO Erkan says his company stores the collected data on secure servers in Turkey. The application provides secured messaging and HD video and voice call services in 192 countries. “BIP is being downloaded in several other countries as people have lost faith in American tech giants especially in light of silencing of outgoing American president Donald Trump and his supporters,” Sisman reiterated.

Whatsapp has been the largest messaging app in Turkey with 43 million single real users as of 2019. That makes more that 87 percent of Turkey’s 50 million smart phone users.